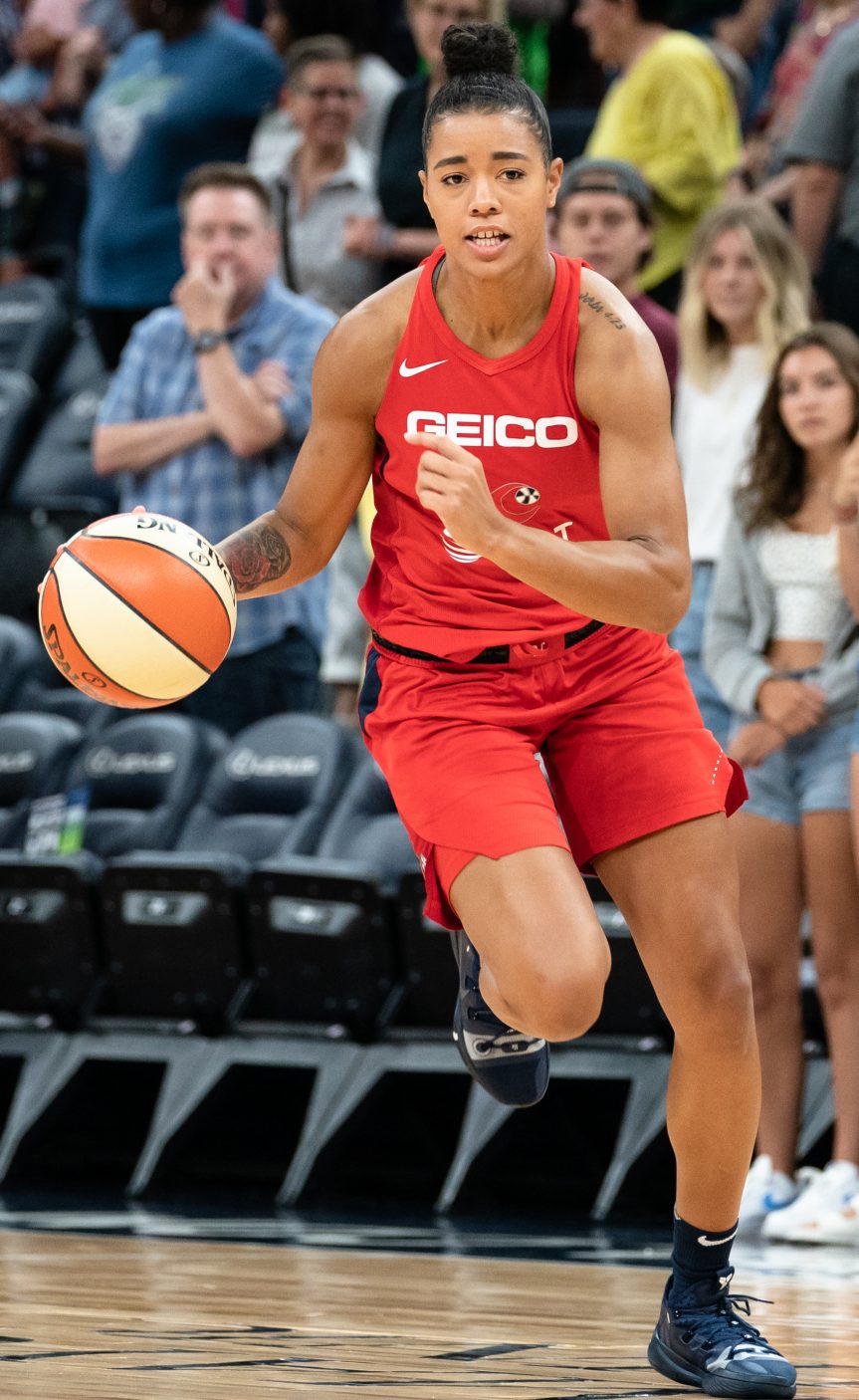 WASHINGTON – Over the past two months, Washington Mystics guard Natasha Cloud has emerged as one of the leading sports figures advocating for social justice amid growing national unrest.

As part of her ongoing commitment to social reform, Cloud said she would forego the 2020 WNBA season. The team’s all-time assists leader will instead add her name to a growing number of professional athletes who will sit out their respective seasons over either health concerns or pursue activist efforts.

The 6-footer said on her social media platforms that her decision to opt-out was for a cause that is bigger than basketball.

“This has been one of the toughest decisions of my career, but I will be foregoing the 2020 WNBA season,” Cloud said. “There are a lot of factors that led to this decision, but the biggest one is that I am more than an athlete.

Without Cloud and several other key players, the Mystics will start their season on Saturday with 10 players. In response to her decision, Mystics head coach and General Manager Mike Thibault said that the team supports Cloud’s decision.

On Juneteenth (June 19), Cloud protested alongside several of her teammates and Washington Wizards players in a march from Capitol One Arena to Martin Luther King Jr. Memorial. She said in multiple interviews, social media posts and in marches in D.C. and Philadelphia that she values her platform as an athlete-activist during this time in U.S. history.

Also, Cloud made history as the first female ever to sign a shoe deal with Converse. The company acknowledged Cloud’s story on The Players’ Tribune, published shortly after the death of George Floyd, and her social justice advocacy as the primary reason the company decided to sign her.

“Cloud is known for extending her influence through leadership efforts that place emphasis on being a voice for the voiceless, specifically using her platform to speak out against the racial injustices that are killing Black people in America, while also advocating for equality for women and the LGBTQ+ community and working to guide youth in her communities,” Converse said in a statement.

“As with all members of the Converse family, our goal is to serve as both a canvas for their creative vision and to spark progress in their communities. We look forward to amplifying her voice for the causes she believes in and will keep you updated on our community efforts following our recent commitment.”

All the acclaim for Cloud, a native of Broomall, Pennsylvania, is coming after she averaged a career-best 9 points and 5.6 assists in 2019 to help the Mystics to their first WNBA title.

Despite her career progressing forward, Cloud said there is more critical now than ever before to get involved in social causes.

“I have a responsibility to myself, to my community, and to my future children to fight for something that is much bigger than myself and the game of basketball,” Cloud said. “I will instead continue the fight on the front lines for social reform because, until black lives matter, all lives can’t matter.”