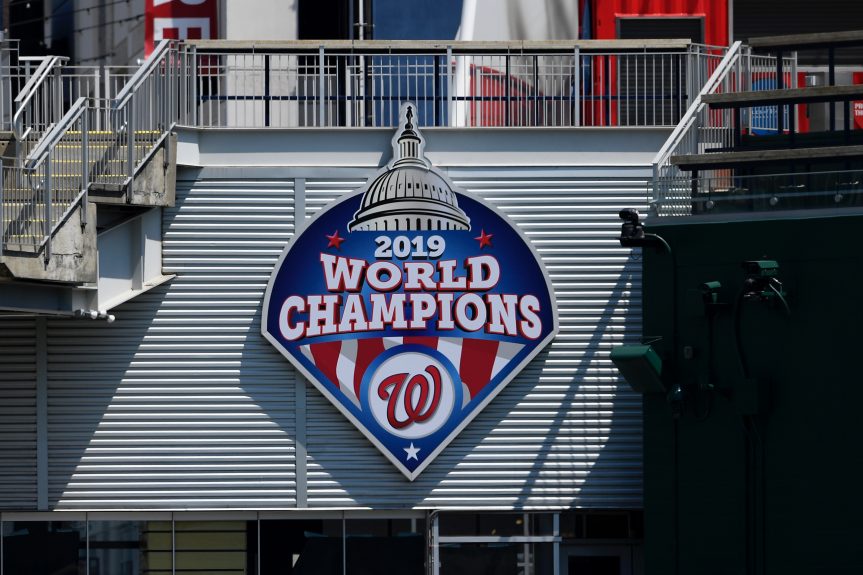 After falling to the New York Yankees, 4-1, in their rain-shortened season opener on Thursday, the Washington Nationals quickly bounced back. They routed the visitors 9-2 to earn their first win on Saturday.

Originally slated to start, pitcher Stephen Strasburg was scratched from the game because of a nerve issue in his right hand. Erick Fedde took the mound for the 2019 World Series MVP and provided the Nationals four strong innings of work.

Rainey earned the victory on his record, throwing just nine pitches in his one inning of work.

Batting at eighth in the order, Victor Robles served as the energy source for the Nationals offense.

Robles opened the scoring in the second inning with a bases-loaded, two-run double. With the Nationals leading 3-2 in the fourth inning, Robles fired off a two-run home run. He finished the game driving in four runs on three hits and was a triple shy of hitting for the cycle.

Asdrubal Cabrera also came a triple short of the cycle, adding three hits of his own, including a seventh-inning home run.

Collectively, the Nationals scored nine runs on 13 hits. Except for leadoff batter Trea Turner, each player in the lineup for Washington recorded a hit.

Fielding proved to be a challenge for the Nationals, who committed five errors in Saturday’s game against New York. Only one of the five defensive blunders, a throwing error by Turner in the third inning, cost the Nationals a run.

Despite ranking 10th in defense last year and committing just 87 errors throughout 162 games, defensive lapses are expected for all 30 teams this season, given the coronavirus break and short summer camp.

Despite an eight-strikeout performance in 6 1/3-innings by Patrick Corbin, the Yankees won the series finale 3-2 on Sunday.

Up next for the Nationals is two home games against the Toronto Blue Jays. Right-hander Aníbal Sánchez is scheduled to make his season debut on Monday’s game while Austin Voth will start on Wednesday. Both games set to begin at 6:05 p.m.