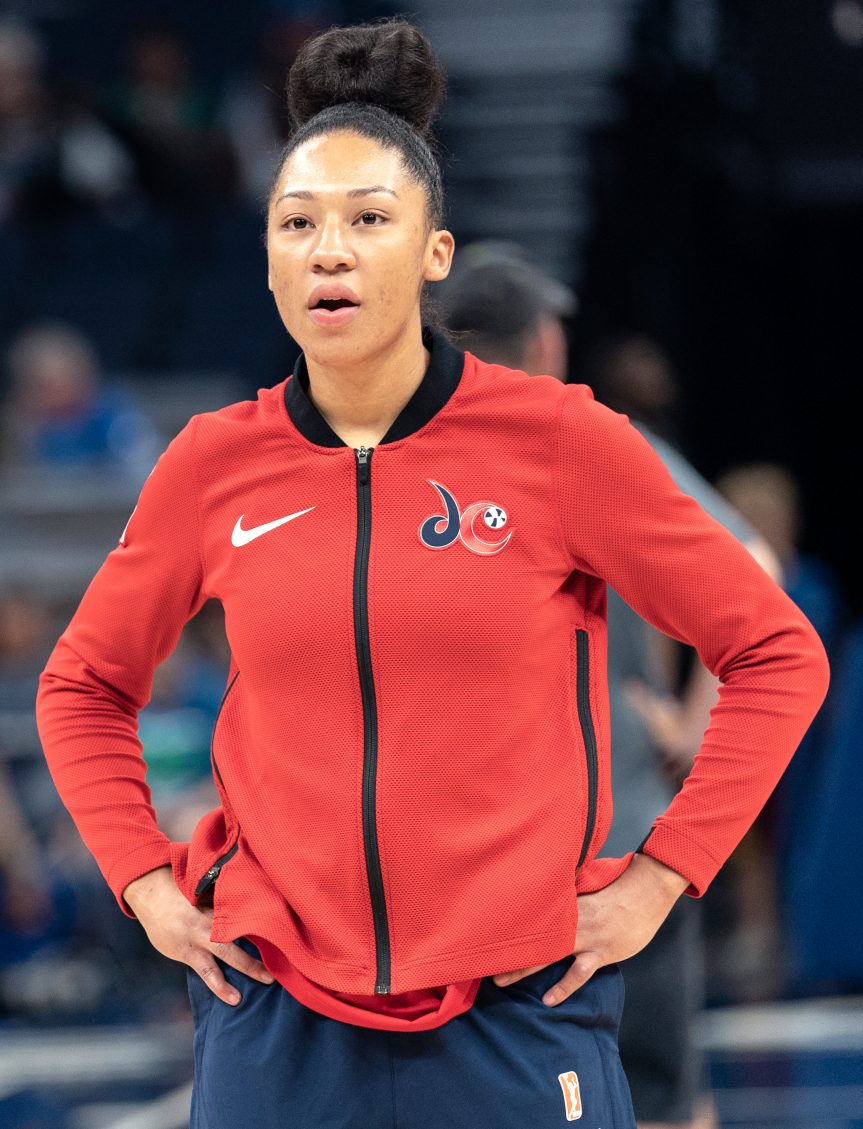 Emma Meesseman added 12 points, eight assists and six boards while forwards Ariel Atkins chipped in with 16 points to help the Mystics improve to 2-0 on the season.

Powers, a fifth-year player from Michigan State, and Hines-Allen got the Mystics off to a strong start as they took a 26-20 lead at the end of the first quarter.

However, DeWanna Bonner led the Sun’s comeback as they chipped away at Washington’s lead throughout the second. Bonner sank a deep 3-pointer with just under four minutes left in the first half to give Connecticut its first lead.

In Washington’s next possession, Powers responded with a long-range 3-pointer from the left wing to help the Mystics reclaim the lead. However, Connecticut went on a 13-7 scoring run to take a 52-48 lead at the break.

To open the third, Washington got out in transition as Hines-Allen and Powers continued to produce on the offensive end, helping their team recapture the lead with three-and-a-half minutes remaining. Heading into the fourth, the Mystics held a 76-71 advantage.

Guard Essence Carson hit a corner 3-pointer off a feed from Hines-Allen, and Powers drilled another left-wing 3 to kick off the fourth quarter as Washington rebuilt a double-digit lead early on. The Mystics’ largest lead of the night, 88-73, came off of a breakaway lay-in by Hines-Allen with 5:52 left in the game.

The Sun didn’t surrender, though they were down 15 points with time ticking away. They forced multiple turnovers and went on a 7-0 run to close the gap to 88-80. Late 3-pointers by Jacki Gemelos and Bonner, along with a layup by Natisha Hiedeman, brought Connecticut within two points, 91-89, with about 1:40 remaining.

With a chance to tie the game, Bonner missed a fall-away jumper and a layup. Washington grabbed both rebounds and converted free throws to seal the win.

Bonner led Connecticut with a game-high 29 points with nine rebounds and five assists. Alyssa Thomas played a crucial role for the Sun, recording 28 points, 11 rebounds and three assists. With the loss, the Sun dropped to 0-2 to start the season.

En route to the big win, Washington connected on 17 of 21 free throws (81%) and capitalized on 19 turnovers by the Sun. Powers was 10 of 14 shooting from the field, including 4 of 6 from beyond the arc.

Washington hopes to continue the win streak as it faces the Seattle Storm at 6 p.m. on Thursday. The game will be broadcast on ESPN.