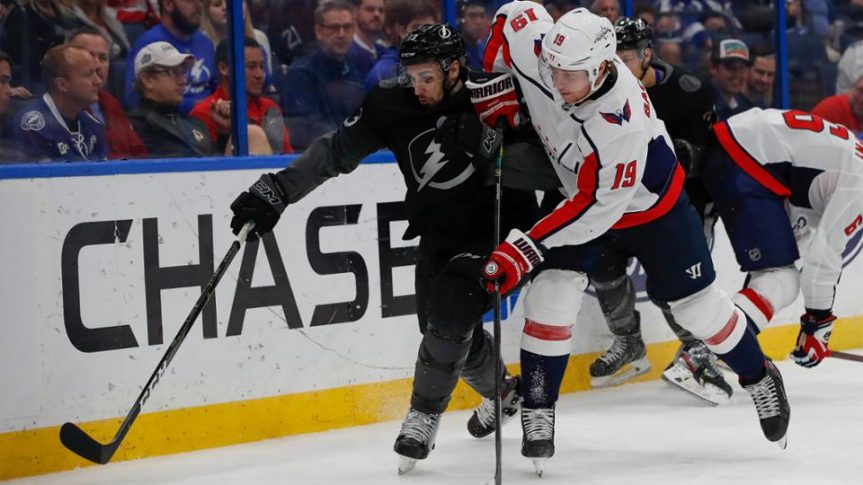 WASHINGTON — With NHL hockey back after a four-and-a-half-month absence, the Washington Capitals entered the 24-team postseason expansion as one of the top four seeds in the Eastern Conference.

Along with the Capitals, the Boston Bruins, Tampa Bay Lightning, and Philadelphia Flyers are the other three teams participating in the seeded round robin tournament format to determine the top four Eastern Conference teams’ final seedings.

On Monday, Washington played its first actual game since March, as they faced the Lightning in a very competitive hockey game, with the match needing a shootout to settle the difference as Tampa Bay won 3-2.

“At the start, we tried to set the tone,” said Capitals star winger Alex Ovechkin. “We played off our lines to play physical. Obviously, we didn’t get lots of chances, but we tried to find our way.”

The match involved solid puck play and goaltending from both teams, as the Lightning struck first at 7:08 in the first period when Nikita Kucherov fired a shot from the left circle into the top right corner of the net past Washington goalie Braden Holtby.

Tampa Bay then took a 2-0 lead with 12:12 left in the second period when Mitchell Stephens deflected the puck into the net off an assist from Ryan McDonagh.

Late in the period, the Caps began to rally back when a long shot and a couple of bounces landed the puck deep in the crease and in front of the net, as Richard Panik was able to tip the puck in before Lightning goalie Andrei Vasilevskiy could cover it up.

Then with under a minute left in the middle frame, Washington defenseman Dmitry Orlov fired a shot from the point that bounced through Vasilevskiy’s legs to the side of the net, with Evgeny Kuznetsov right at the doorstep to knock the puck in to tie the game up at 2-2.

The third period involved many scoring chances, but tough defense and goaltending resulted in the contest remaining tied at 2-2 at the end of regulation.

Both two teams couldn’t settle it in five minutes, which led to a shootout. Washington had a golden opportunity to win it on a Jakub Vrána breakaway, but Vasilevskiy stopped his shot.

T.J. Oshie scored the first goal of the shootout for the Caps, but when Kucherov and Brayden Point added two tallies for the Lightning. Nicklas Backstrom needed a goal to keep hope alive and couldn’t, resulting in the 3-2 loss.

One crucial stat for the Capitals that may have hurt their chances was suffering from 13 giveaways, while the Bolts only had five.

Despite this, Washington outshot Tampa Bay by the count of 33-28, while Holtby looked strong in net as he notched 26 saves.

“We weren’t expecting perfection in this game,” said Holtby. “But the important part is I think the first part of the periods, they got some action and we didn’t panic, and we were ready to shift.”

The Capitals’ next Round Robin matchup will be Thursday, August 6th, when they face the Metropolitan Division rival Flyers.