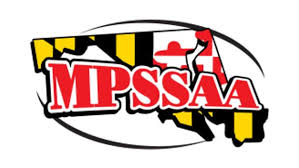 WASHINGTON – When Maryland students begin classes at the start of the 2020-2021 academic year later this month, high school athletics will remain on the sidelines.

The Maryland Public Secondary Schools Athletic Association (MPSSAA) announced in a statement on Monday that the 2020 high school fall and winter competition will be postponed during the first semester.

The decision came after several districts elected to call off their athletic programs as they begin the school year learning virtually due to the COVID-19 pandemic.

The fall semester sports that are immediately impacted are football, volleyball, cross country, soccer and field hockey. According to the projected start date schedule, athletes would have started tryouts on August 12 with their first play dates scheduled for Sept. 4. Winter sports, like basketball, would have begun their workouts on Nov. 14.

The Maryland State Board of Education voted in June, allowing each jurisdiction to control how to navigate its athletic competitions. Prince George’s County announced in mid-July its decision to put athletics “on hold” during the distance learning process, whereas Montgomery County canceled of all fall and winter sports.

The wavier granted by the state’s education board does allow counties to decide to provide “student engagement” during the first semester. Anne Arundel County Superintendent George Arlotto said he asked Coordinator of Athletics Clayton Culp to outline a plan that allows all sports practices during the fall that “meet local and state health and safety guidelines.”

“There is no question that athletics are an extremely important part of the high school student experience,” Arlotto said in a statement. “The MPSSAA has created an opportunity here of which I believe we should take full advantage. I am confident that Mr. Culp and his team will do everything they can to come up with the best possible plan to move forward.”

MPSSAA said it would work with the Public School Superintendent Association of Maryland and the state’s health department on creating a hybrid “two-semester plan” that will have all public high school sports in the state compete during the second semester in 2021. The association said it plans to release more details before the start of the 2020-2021 academic year.

“The health and safety of student participants, coaches and officials is a primary concern for the return of interscholastic athletics and activities,” the association said.

Maryland joins Washington, D.C. and Virginia, who announced the postponement of their fall sports programs until 2021. Last week, the Washington Catholic Athletic Conference (WCAC) said it would reschedule its upcoming fall sports season to January 2021.