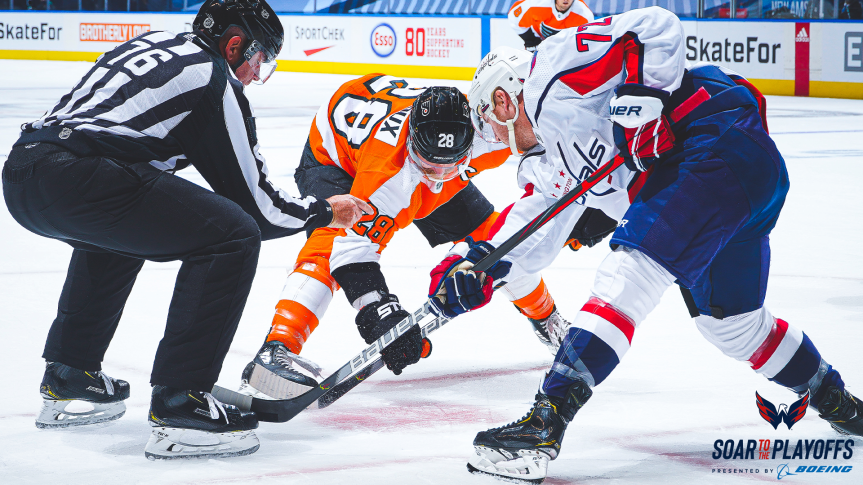 TORONTO — The Washington Capitals attempted to bounce back after their 3-2 shootout loss to the Tampa Bay Lightning on Monday when they faced the Metropolitan division rival Philadelphia Flyers Thursday afternoon.

However, poor play on the ice certainly didn’t do the Caps many favors as the Flyers took this round robin matchup by the score of 3-1.

One running theme for this game was penalties, especially for Washington, whose players were sent to the penalty box seven times. Luckily though, they succeeded on every penalty kill.

“We did such a great job the prior game staying out of the box,” said Capitals head coach Todd Reirden. “We were using our skating to check. That wasn’t the case today. We take too many penalties, and it really was a game that was out-of-rhythm right from the get-go.”

On the other hand, Philadelphia committed five penalties but was able to prevent any power play goals from Washington.

The Flyers struck first in the opening period when a crucial turnover from Capitals defenseman Radko Gudas started a sequence of back-to-back backhanded passes from Kevin Hayes and Travis Konecny, which led to Scott Laughton firing a shot right in front of the net for the goal.

“We have to execute better with the puck,” said Reirden. “Give ourselves a better chance to play in the offensive zone. We need to be better.”
Philly then took a 2-0 lead with 8:30 in the second period when Travis Sanheim took a feed from Hayes that split two defenders, and then flipped the puck past Washington goalie Braden Holtby.

The Flyers then added a third tally in the final period that also happened to be Laughton’s second goal as he deflected the puck into the net off an assist from Hayes. Amazingly, this was also the third assist from Hayes Thursday afternoon.

Twelve seconds later, the Caps somehow showed a glimpse of hope when a tip-in from Travis Boyd cut the deficit to 3-1, but it wasn’t enough as Washington never scored again.

However, not only were penalties a running theme, but giveaways affected both teams time and time again. Washington gave up the puck 15 times, while the Flyers suffered 17 turnovers.

Despite allowing three goals, Holtby was solid in net and notched 18 saves, while Philadelphia goalie Brian Elliott made 16 saves.

The Capitals will hope to pull themselves together for their final round robin matchup against the Boston Bruins, another winless Eastern Conference round robin adversary this Sunday.

“I think the biggest thing isn’t necessarily always the outcome in these types of games,” said Washington center Nic Dowd, “I think it’s you want your team playing well going into what would be the Best-of-7.”

Meanwhile, the Flyers are tied with the Lightning with two wins and four points each, as their next meeting will determine the top seed in the East.