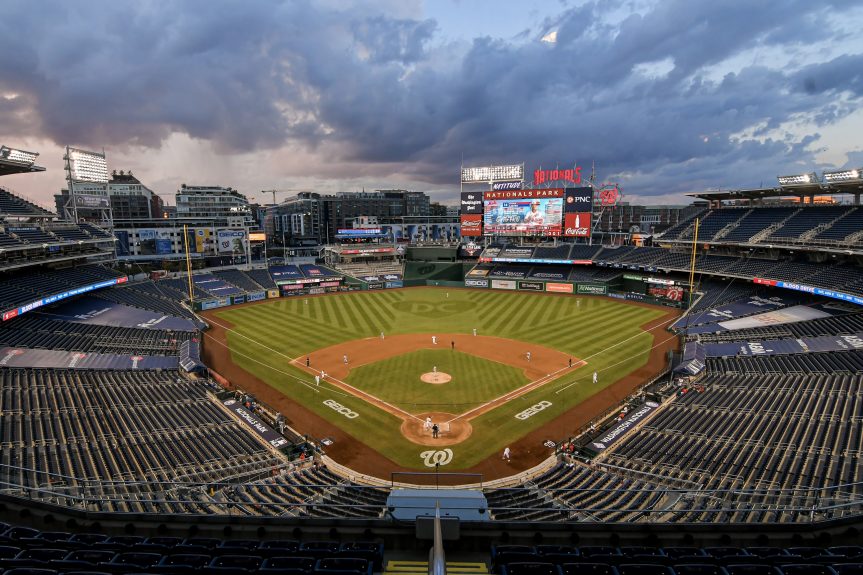 WASHINGTON – Following a 3-4 record to open the season, the Washington Nationals entered their second week of play with intentions to face off against the Miami Marlins and the New York Mets.

Due to a coronavirus outbreak within the Marlins clubhouse resulting in more than 20 members of the Miami organization testing positive, the scheduled three-game series between the Nationals and Marlins was postponed.

The Nationals remained in Washington, D.C. over the weekend with three extra off days before playing a pair of games against the Mets, where they went 1-1 for the week.

A first-inning solo home run by Howie Kendrick put the Nationals on the board early against the Mets. The following inning, newly acquired utility man Josh Harrison homered, giving the defending champions a 2-0 lead.

Rallying in the third, Washington added three more runs on RBI singles by Starlin Castro and Carter Kieboom, and a sacrifice fly by Harrison. Leading the offensive charge, Kendrick finished the night with four hits for the Nationals.

On the hill, Patrick Corbin earned the win with 5.2 innings of three-run ball. He struck out eight batters in front of the bullpen, who tossed 3.1 scoreless frames. Daniel Hudson earned his second save of the year in the outing.

With their ace Max Scherzer on the bump, the Nationals entered the game with an additional boost, with the return of Juan Soto, who had sat out the early parts of the season due to a positive COVID-19 test.

Soto contributed early with an RBI double in the first inning, but the team’s overall optimism was short-lived as Scherzer exited the game after one inning of work with a tweaked hamstring.

With the game tied 1-1 heading into the second inning, Erick Fedde came in relief of Scherzer. He surrendered one run over three innings, taking the loss in the game. The bats were quiet for Washington as Soto, with his two-hit night, served as the only Nationals player to reach base more than once.

Following that series, the Nationals will go on the road for the first time this year, with a four-game set in the Big Apple against the Mets.