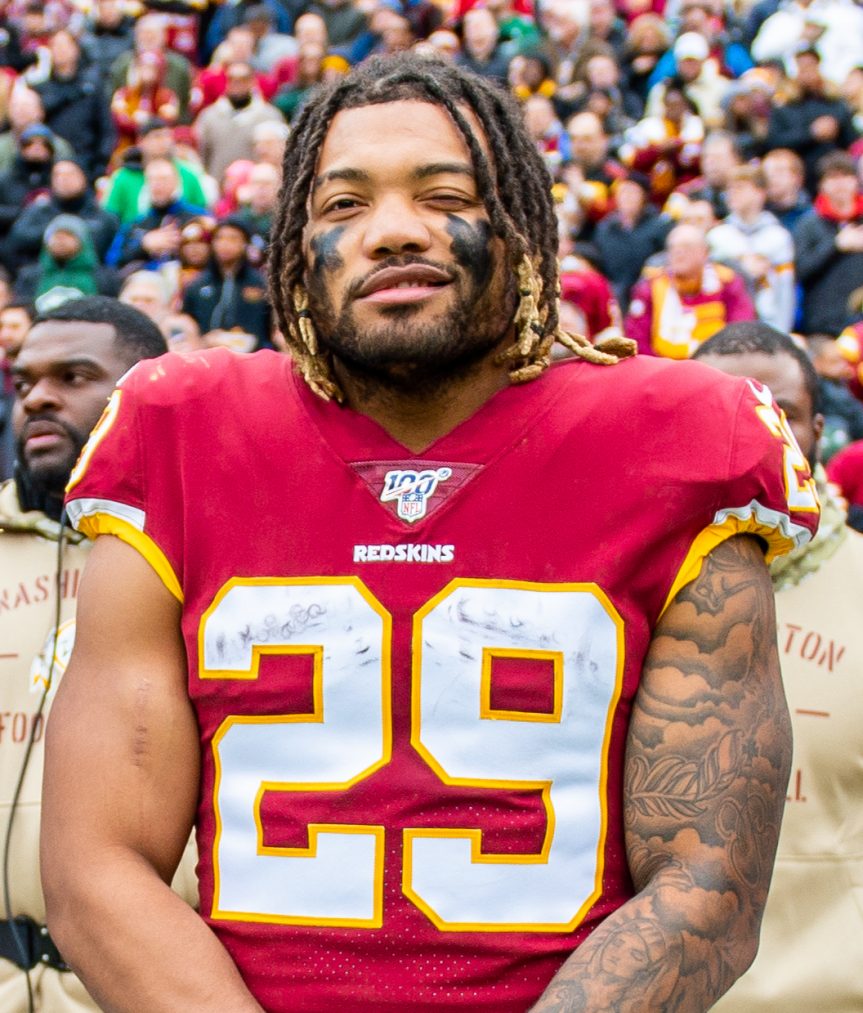 LANDOVER – Shortly after NFL running back Derrius Guice was arrested on domestic violence charges, the Washington Football Team released him on Friday.

The former LSU standout was charged with one count of strangulation, one count of destruction of property and three counts of assault and battery.

The Washington Football team released a statement Friday evening regarding its decision, stating that they learned about “of a potential domestic violence related incident” involving Guice on Thursday and alerted league officials immediately.

“We then met with Derrius to inform him that he was excused from all team activity pending a review of this matter,” the team statement said. “This afternoon, we learned that there were multiple charges filed against Derrius. Upon review of the nature of these charges and following internal discussions, we have decided to release Derrius immediately.”

The 23-year-old turned himself in at the Loudoun Adult Detention Center and later released on a $10,000 uninsured bond.

Guice’s attorney, Peter Greenspun, said that he “adamantly” denies the charges and is ready to defend himself from the charges in court. Greenspun added that Loudoun County Sheriff’s Office did not speak to Guice before the warrants were issued.

“The failure to fully investigate allegations of events, which allegedly took place months ago, is inexplicable,” Greenspun said. “Based only on the assertion of these unsubstantiated charges, the Washington Football Team released Derrius, also without any inquiry as to what occurred.”

Guice will not comment further on the chargers, Greenspun said.

“Derrius will defend these charges in court, where a full vetting of the allegations will take place, in contrast to actions by local law enforcement and the Washington Football Team that assumed the worst, directly contradicting every sense of fairness and due process,” Greenspun said.

Guice was entering his third season of a career riddled with injuries, including a torn ACL in 2018 and a severe knee injury in 2019. Before having to sit out the remainder of the 2019 season, he recorded 245 rushing yards on 42 carries for two touchdowns.

Despite losing Guice, Washington is loaded in the running back position. In addition to the return of Adrian Peterson and Bryce Love, Washington added depth with the acquisitions of Antonio Gibson, J.D. McKissic and Peyton Barber.