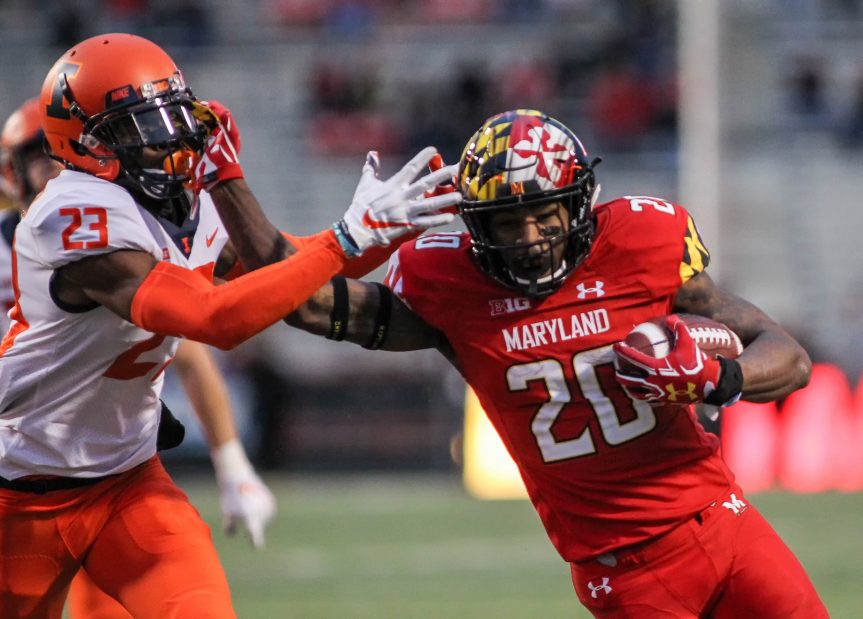 COLLEGE PARK – Following the news that the Big Ten Conference’s decision to postpone the 2020 fall sports season, the University of Maryland athletics department showed its solidary in holding off games due to the COVID-19 pandemic.

The conference elected to postpone fall sports after discussions with the Big Ten Task Force for Emerging Infectious Diseases and the Big Ten Sports Medicine Committee showed that there was too much “uncertainty” with COVID-19 to take to risk the health of student-athletes, Commissioner Kevin Warren said on Tuesday.

Maryland’s Director of Athletics Damon Evans said the decision-making process was “in the best interests of the health, safety and well-being of our student-athletes.” Prior to the Big Ten’s decision, university officials elected to delay the start of in-person instruction until Sept. 14, two weeks after classes begin.

The decision to postpone the fall season came a week after schools released their conference-only football schedules.

Before the Big Ten’s announcement, Head Football Coach Mike Locksley said coaches were alerted the decision before it was made public, stating that “medical people to presidents to campus athletic director and even students-athletes” were involved in the process.

While admitting it was “a tough pill to swallow,” Locksley said that it was the right decision to postpone and keep players safe. All of Maryland’s student-athletes on campus were assembled together for a meeting and told of the postponement before it was made public.

“We spent a lot of time communicating with our players [on] how we could create an environment that they could play the game and stay safe and health,” Locksley said. “I know our players; there was a bunch them that wanted to play and had we made the decision to play, we were going to do all we could as a staff and as a support system to put them in the best position to be successful.”

Locksley said he was upset for the injured players who sped up their rehab process to have a chance to play this fall and the seniors preparing for their final season.

Practice was called off after Tuesday, and players were given time off while the department strategized the next move.

The focus was on transforming the team’s structure to help prepare for a spring competition. Those who opt-in must go through constant testing on campus to access to the team’s amenities. However, the eligibility of senior players and spring schedule structures has yet to be determined by the NCAA or the Big Ten.

After seeing how his players adjusted to the coronavirus protocols, including wearing masks on the sidelines and taking turns to go in the locker room, Locksley said he trusts his team in well preparing for the unknown.

“We are hoping to take advantage of this extra time in order to improve physically, mentally, and in the classroom,” Locksley said. “We will be prepared to make adjustments as we see fit and hopefully began preparation here.”

Olympic sports were already facing a delayed start date of Sept. 5 before the Big Ten’s decision. Cross country, field hockey, soccer and volleyball must now also wait until the spring and face the prospects of playing two seasons in a single calendar year.

Field Hockey Head Coach Missy Meharg said she was “disappointed” in not playing in the fall for their first national championship since 2011. Men’s Soccer Head Coach Sasho Cirovski said he was “personally gutted” for his players but that it was important to respect the conference’s decision.

“We will be ready to play when the time comes,” Cirovski said.

At a university level, all attention shifts to the return to classes, which university officials said that students must take a COVID-19 test before returning to campus and will be offering free tests starting Aug. 17.

Maryland’s campus sits within Prince George’s County, the jurisdiction hit hardest by the pandemic, with over 24,000 cases and 741 people dead as of Aug. 12.