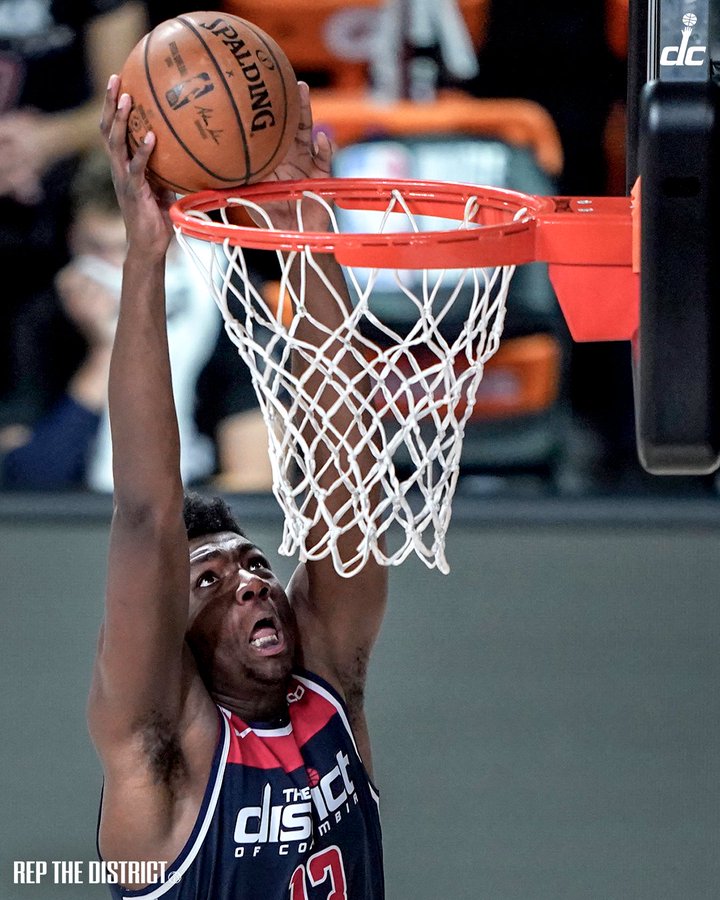 WASHINGTON – The Washington Wizards will be departing Orlando on a high note following their 96-90 victory over the Boston Celtics Thursday afternoon.

Wizards center Thomas Bryant led the way by scoring a game-high 26 points and nine rebounds in their first and last win of the restart.

“I think we had a great experience here,” Washington Wizards Head Coach Scott Brooks said. “We had a lot of good growth, a lot of good bonding experiences. A lot of positives came out of it. The only thing…we didn’t win the (games) that we wanted to win.”

Bryant showed promise during his stint in the bubble as a consistent scoring threat with a newly defined focus.

“It felt good,” Bryant said, “I wanted to prove that to myself, my coaches, my teammates, and every other team that was out here that I’m still that person that I was before. Like I played everywhere else, I still play with that grit, that motor, and that energy, and I wanted to make sure I expressed that.”

In Washington’s final game of the season, Bryant set the tone early and often for Washington. Bryant’s constant battles in the paint for extra possessions helped Washington leave the bubble with a 1-7 mark on their final day.

Even against the Celtics makeshift starting five, the Wizards still had to work hard to win, deal with 14 lead changes, and nine ties.

The Wizards weren’t able to build a lead larger than seven points after Smith scored on a stepback jumper midway through the second quarter. Boston responded just moments later when guard Tremont Waters knocked down a 3-pointer to give the Celtics a one-point lead.

The Wizards reeled off an 8-0 run to keep the Celtics at bay to a five-point deficit just before the halftime buzzer. The Celtics were able to get back into the game early in the second half.

However, the Wizards were able to build a lead late, midway through the final frame from a Bryant reverse layup to gain a four-point advantage.

The final touches came from Brown, who knocked down a pull-up jumper and then finished the game off at the line for Washington’s six-point win, cemented by the Bryant grabbing the game’s final rebound and soaking in the success with his hands raised in pure bliss.

As Washington closes out one of the strangest seasons in modern history, they have plenty to build on with a presumably healthy John Wall and Brad Beal coming back and a lottery pick in the August 20 draft.

“At the end of the day, it’s a marathon, not a sprint,” Brown said. “This is just eight games for us to come out here and get a chance to show what we’re capable of. For me personally, I think it’s a step in the right direction, but I better keep on working to keep getting better.”