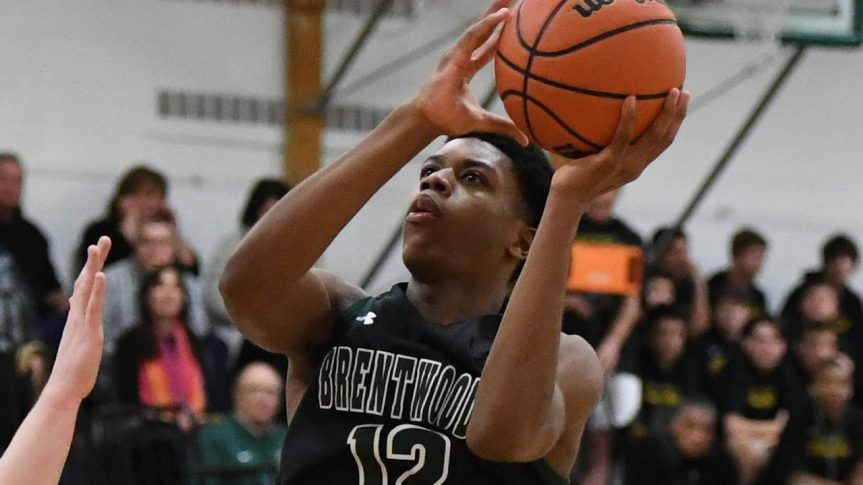 WASHINGTON – As the Georgetown Basketball program looks beyond the 2020 season for future contributors to the team, the Hoyas have a few players to work with after adding high school commits, Jordan Riley and Jalin Billingsley.

Both players expect to join Georgetown in 2021 under head coach Patrick Ewing.

Riley, a 6-foot-3 combo guard from Brentwood High School in Brentwood, New York, made his commitment to Georgetown earlier this month.

Riley averaged 23 points, 12 rebounds and four assists per game for Brentwood this past season en route to the Suffolk Class AA championship.

Riley cited the opportunity to play under Ewing and Louis Orr as significant factors in choosing Georgetown.

“I know they are going to help me become a better college player and make it to the pros,” Riley told Newsday.

Billingsley, a 6-foot-7 forward from Lutheran East High School in Cleveland, Ohio, made his commitment this month as well and could be a key contributor in 2021.

He is a three-star player, according to 247 Sports, who chose Georgetown over Arizona State. He also received scholarship offers from Dayton, Penn State, Virginia Tech, Akron, West Virginia and Temple.

Billingsley cited Georgetown’s location in D.C., the city where his uncle lives, and where his sister attends medical school at Howard University as contributing factors in his decision.

Along with Riley and Billingsley, Tyler Beard will also join the Georgetown team in 2021.

In June, he changed his commitment status to 2021 due to college sports’ uncertainty in the upcoming college basketball season. Beard will be spending the year at Hargrave Military Academy in Virginia before beginning his collegiate career.

Before Riley, Billingsley and Beard’s arrival, Georgetown will seek to improve from their 2020 season, where they went 15-17 overall and 5-13 in conference play.

When Georgetown returns to play in 2021, they will be without their top three scorers in terms of per-game averages from the previous season.