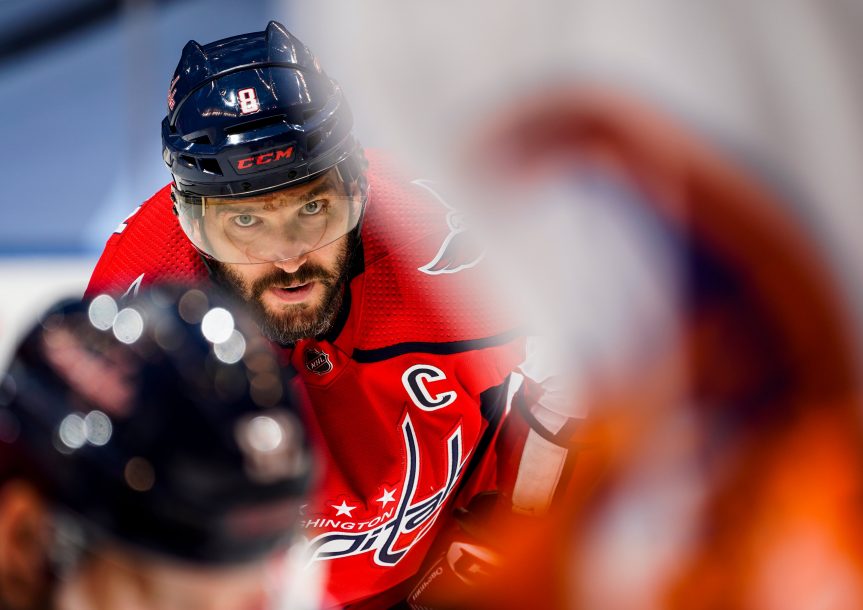 WASHINGTON — After an abysmal Game 1 performance where they lost 4-2, the Washington Capitals hoped to fare better against the New York Islanders in Game 2 in the first round of the Stanley Cup Playoffs on Friday night.

However, the Capitals looked miserable on the ice yet again, despite having strong efforts from Alex Ovechkin and Braden Holtby and lost to the Islanders, 5-2.

“We just tried to do too much,” said Ovechkin. “Made couple turnovers. Obviously, we know we all have to play better.”

Right out of the gate, it looked like Washington had gotten themselves together, as Ovechkin scored the first of two goals just 56 seconds into the contest.

The first period also showcased physical hockey, and as a matter of fact, Caps winger Tom Wilson laid out eight total hits in the opening period, and a few more to finish the night with 11.

Heading into the second period up 1-0, Washington gave up its first goal as Islanders defenseman Nick Leddy fired a shot from the blue line that resulted in a power play goal to tie it up at 1-1.

Then, five minutes into the middle frame, Matt Martin tipped the puck in the net off an assist from Scott Mayfield to give New York a 2-1 lead.

With 13:12 remaining on the clock, Caps defenseman Brenden Dillon’s shot from the point was tipped in by Ovechkin for his second goal of the game that tied it back up at 2-2.

“He had a strong game from his perspective,” said Washington Capitals Head Coach Todd Reirden. “We need more players like him that are playing at the top of their level.”

However, 15 seconds later, the Islanders took back the lead, as Brock Nelson stole the puck away from Capitals winger Jakub Vrána in the defensive zone and scored a breakaway goal.

Late in the third period, New York center Jean-Gabriel Pageau’s pass deflected off of T.J. Oshie’s stick, then off of Islanders winger Cal Clutterbuck’s glove, next off of John Carlson, and into the net to extend the lead to 4-2.

After Holtby got pulled, New York saw a chance to further extend the lead to 5-2, and they did, as captain Anders Lee shot the puck from the neutral zone and into the empty net.

During the third period, Ovechkin had a chance to tie it on the power play, as he saw a wide-open net, but his shot missed.

The Islanders now take a commanding 2-0 series lead, as the Capitals know what it’s like to be down 2-0 and come back to win a first-round series, which eventually led to a Stanley Cup.

“I think we are confident in our team and totally unsatisfied with the way we’ve played,” said Carlson. “We are capable, but we got to work for it.”
Washington will now play visitor to New York starting with Game Three on Sunday, August 16th.