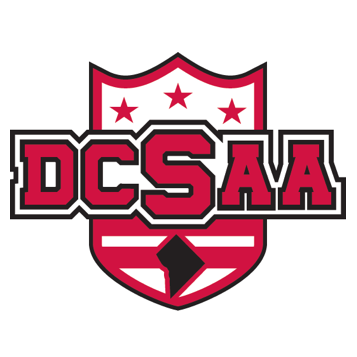 This year’s round of inductees is the fourth group into the association’s hall of fame. Although the COVID-19 pandemic will prevent a hall of fame ceremony from happening, the organization is hopeful to recognize the 2020 class for its impact in athletics.

“It is a thrill to welcome this incredible collection of men and women to the DCSAA High School Hall of Fame,” DCSAA Executive Director Clark Ray said in a statement. “Their contributions to athletics are immense. Without these men and women, we would not be where we are today.”

The nomination process was open to the public to choose figures that impacted D.C. high school athletics before a committee of DCSAA members selected the final . The most recognizable names on this year’s list are former NFL quarterback Bryon Leftwich and former Georgetown University men’s basketball coach John Thompson Jr.

Before his 10-year NFL career started in 2003, Leftwich was a three-sport athlete, playing football, basketball and baseball at H.D. Woodson High School. He was the starting quarterback at Marshall University, leading the Thundering Herd to four consecutive conference titles.

Leftwich finished his pro career playing for five teams, including winning Super Bowl XLIII with the Pittsburgh Steelers. He is now the offensive coordinator for the Tampa Bay Buccaneers.

Most known for his days as the head basketball coach at Georgetown University and winner of the 1984 NCAA Basketball championship, John Thompson Jr. spent his early playing days at Archbishop Carroll High School. Considered a standout star, he went to Providence College and was a part of two NBA championship seasons with the Boston Celtics before coaching.

Before going to the Hoyas, Thompson was the head coach at St. Anthony High School in Northeast D.C., racking up a 122–28 record.

This year’s class also features names of those who stood out for what they did nationally.

Sheila Ingram completed a successful track career at Coolidge High School before winning the 400-meter run at the U.S. Olympic Trials in a lead-up to the 1976 Summer Olympics in Montreal. She finished sixth in the 400-meter and won a silver medal as part of the U.S.’s 4×400-meter relay team.

“Many of our hall of famers have gone on to be heroes, not just in D.C., but across the country,” said Ray.

George Leftwich was a point guard on the Archbishop Carroll High School boys basketball team from 1958 to 1960 that won 55 consecutive games, including a pair of city championships. He went to Villanova University and was drafted by the Detroit Pistons.

However, Leftwich left pro basketball and opted for a coaching career. He was a coach and administrator for over 50 years, working at Sidwell Friends School and Archbishop Carroll High School in D.C., as well as Gwynn Park High School in Maryland, where he won two state championships.

Lloyd Oakley was an All-CIAA football player at North Carolina A&T State University, where he also ran track and did gymnastics. For 34 years, he coached at the high school level in D.C., at several sports, including football, baseball, wrestling, gymnastics and track.

Cornelius Greene was a three-sport letterwinner at Dunbar High School for football, basketball and baseball. He made history when he became the first African American quarterback to start at Ohio State University.

Greene earned All-Big Ten honors twice and was named the 1975 Big Ten Player of the Year. He is a faculty member and multi-sport coach at St. Albans High School.

Also nominated were people that made a difference in the D.C. community. Names like Birch E. Bayh Sr., who, after serving in World War I and coaching men’s basketball coach at Indiana State University, became the director of physical education for D.C. Public Schools for 28 years.

Walter “Rock” Greene was a three-sport athlete at Phelps High School before becoming a four-sport star and an All-CIAA player in football and baseball at Delaware State College. Greene became a longtime coach and teacher at his alma mater.

DCSAA has recognized athletes, coaches, teams and other entities in local athletics after being established since 2012 by the Executive Office of the Mayor and the Office of the State Superintendent of Education.

“Every other state in the country had an association honoring high school athletics in their region, but there was not such recognition in D.C.,” said Ray.

Outside of the hall of fame, DCSAA hosts the city high school athletic championships and participates in the National Girls and Women in Sports Day.