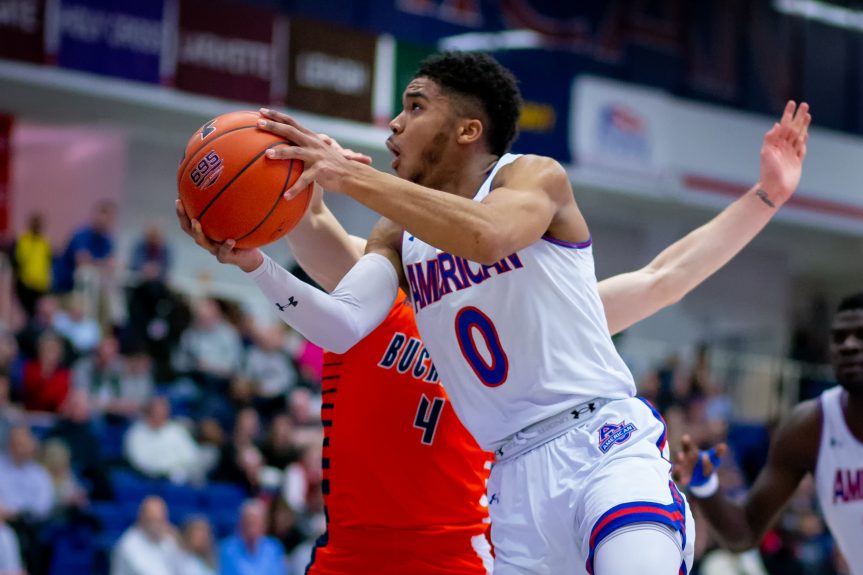 Sa’eed Nelson, the 2020 Patriot League Player of the Year, signed with MLP Academics Heidelberg of Germany’s ProA league on Wednesday.

“I feel like it’s a dream come true to be able to play basketball professionally anywhere,” said Nelson. “This is another great opportunity for me to showcase my talent. I just can’t wait to get over there and become a better version of myself and help out the team any way I can.”

Nelson scored a game-high 22 points against Bucknell University most recently during the quarterfinals of the Patriot League Tournament on March 5.

“We took a lot of time finding our point guard because the importance of this position is high,” said Heidelberg head coach Branislav Ignjatovic. “He is a very good defender, can score in many different ways, but also finds his teammates. I am happy we could get a player of his caliber.”

“Sa’eed left AU as one of its all-time best players. It was the result of a lot of hard work, as he got better every year,” said AU head men’s basketball coach Mike Brennan. “I expect him to continue to improve as he chases his dream. Germany has one of the top leagues in Europe and I am confident Sa’eed will excel and take full advantage of this great opportunity.”