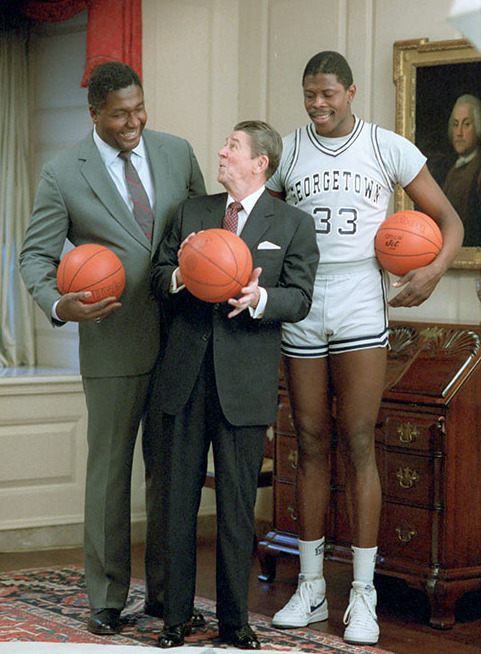 Thompson was the first Black coach to win the NCAA National Championship.

The cause of death is unknown, but Thompson was reported to be dealing with multiple health challenges.

“Our father was an inspiration to many and devoted his life to developing young people not simply on, but most importantly, off the basketball court. He is revered as a historic shepherd of the sport, dedicated to the welfare of his community above all else,” said the Thompson family in a statement.

“However, for us, his greatest legacy remains as a father, grandfather, uncle, and friend. More than a coach, he was our foundation. More than a legend, he was the voice in our ear every day.”

Widely known for his 27-year coaching career at Georgetown from 1972 to 1999, Thompson led the basketball program to its lone national championship in 1984. He inherited the team that had a 3-23 record and turned the program around, winning the Big East Tournament six times in the conference’s first 10 years.

In an Instagram post, Mutombo said, “He was my mentor, great teacher, hero and a father figure to so many us who got the chance to play for him. Under coach Thompson, I learned a lot about the game of basketball but most importantly, I learned how to be a man in society.”

Outside of his coaching career at Georgetown, Thompson played in the NBA for the Boston Celtics from 1964 to 1966, where he won two NBA championships. A native of Washington, D.C., he returned home following his playing career to coach at St. Anthony High School from 1966 to 1972, leading the program to a 122-28 record.

He won a gold medal as an assistant coach in the 1976 Summer Olympics for the US Men’s Basketball team and served as the head coach in 1988, where he won a bronze medal.

He is survived by his sons, John Thompson III and Ronny Thompson, and his daughter, Tiffany Thompson.