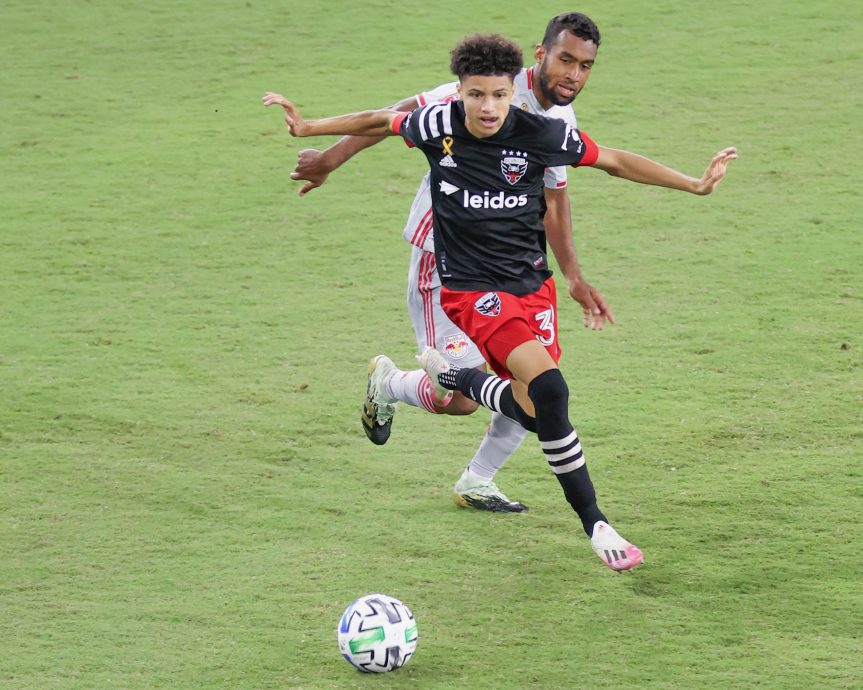 The Black-and-Red outshot, out-possessed and outplayed their Atlantic Cup rivals for large portions of the match. However, its season-long scoring problems appeared once again as United could not muster a goal. New York took advantage, finding ways to score when possible to defeat D.C. 2-1.

With the top 10 teams in the Eastern Conference making it to the postseason, United (2-5-4, 10 points) needed a positive result to keep its stranglehold on one of the final spots. Instead, head coach Ben Olsen sat on the bench in frustration for the final minutes as United failed to win at home for the fifth time this season.

“I’m super disappointed because that is as well as we played on the offensive end,” Olsen said. “We created good chances and broke them down quite easily. But once again, we just did not reward ourselves in the few good chances we had.”

Despite United’s early efforts, the Red Bulls found the net first when Aaron Long connected with a diving header off a Kaku free kick in the 29th minute.

For the past two seasons, United defender Frédéric Brillant said, defending set pieces was a strength. Before the kick, he could recall trying to communicate with a fellow defender but instead, Long was left unmarked for the goal.

“This is a high level, and we have to be ready all the time,” Brillant said. “When there is a free kick, you have set up your line and be ready to compete for the ball. We did not do that when we conceded that goal.”

D.C. quickly responded with multiple attacks, including a breakaway leading to a one-on-one opportunity for Julian Gressel. Goalkeeper Ryan Meara and a Red Bull defender were able to stop the German’s attack before he released a shot.

Immediately following Gressel’s attack, Rivas attempted a mid-air scissor kick off a corner, but Meara made the save again.

Entering the second half, United continued to press forward in attack, but New York would score again. Midfielder Jason Pendant delivered a left-footed cross over two D.C. defenders, setting up a one-time volley by Daniel Royer as the Red Bulls took a two-goal lead.

Despite multiple offensive substitutions, including bringing on midfielders Yamil Asad and Federico Higuaín and striker Erik Sorga, United could not score. The closest chance in the final 20 minutes was a Higuaín strike from outside the penalty area that flew over the crossbar.

With 12 games remaining, Olsen said it is essential for his team to see the positives coming out of this loss, especially after seeing how well they moved offensively. It is okay if the players are “pissed off” and “upset,” but if they work on the negatives, they will get better, he added.

“We had the ball; we had the possession, but in the end, we lost the game,” Brillant said. “We have to find the right balance right now.”

Major League Soccer announced the remaining schedule for September, in which United will host Toronto FC on Sept. 19.  They head out on the road to face Nashville SC on Sept. 23 before returning to home to play against New England Revolution on Sept. 27. The league hopes to have the rest of the regular season schedule finalized by the end of September.