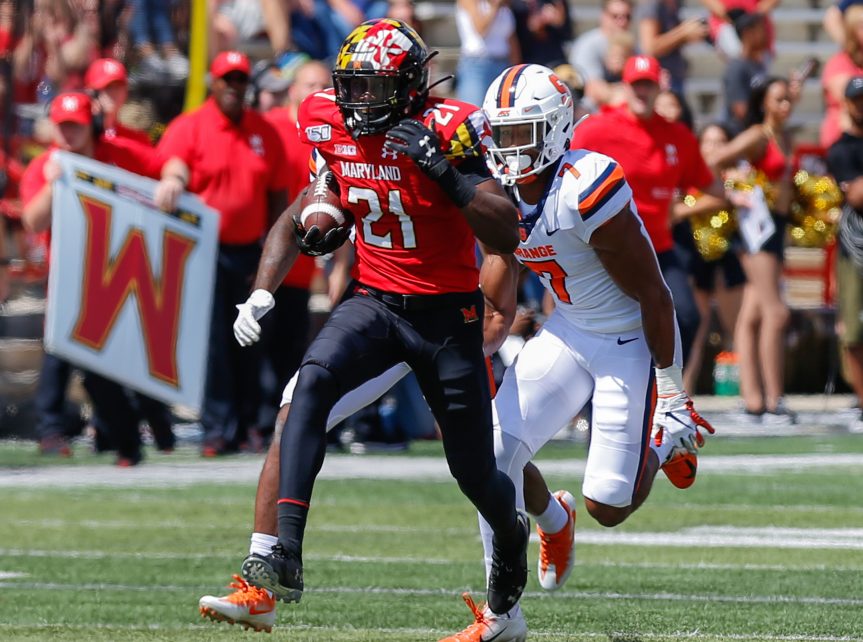 COLLEGE PARK – More than a month after deciding to postpone its 2020 fall sports season, the Big Ten Conference announced Wednesday that it is reversing course and restarting its college football season starting the weekend of Oct. 23-24.

The Big Ten Council of Presidents and Chancellors voted unanimously to bring back college football after multiple meetings in the past few weeks, including this past weekend with the conference’s Return to Competition Task Force.

“Our goal has always been to return to competition so all student-athletes can realize their dream of competing in the sports they love,” Commissioner Kevin Warren said. “We are incredibly grateful for the collaborative work that our Return to Competition Task Force have accomplished to ensure the health, safety and wellness of student-athletes, coaches and administrators.”

All student-athletes, coaches, trainers and other individuals attending practices or games will undergo daily antigen rapid testing starting Sept. 30. A player that tests positive for the coronavirus through the rapid testing will have to take a polymerase chain reaction test to confirm their diagnoses.

All results will be collected and recorded by a chief infection officer that the Big Ten will assign to each school. A team’s positivity rate and population positivity rate thresholds will determine recommendations for continuing practice and playing games. All the new protocols, including travel and operations, can be found on the conference’s website.

Each team will be scheduled to play eight games in eight weeks before the conference championship game on Dec. 19. The Big Ten will look to finish the season before Selection Day on Dec. 20 to have its teams eligible for the College Football Playoff. In a press conference, Wisconsin Director of Athletics Barry Alvarez said schedules will be released later this week.

Northwestern President and Chair of the Return to Competition Task Force Steering Committee Morton Schapiro called the new protocols “pivotal in the decision” of bringing college sports back. Before the sport’s reinstatement, eight players were suing the conference to football return for the fall season.

Reaction to the decision was overwhelmingly positive, including U.S. President Donald Trump tweeting out his support of the return of Big Ten football. Locally, University of Maryland Athletic Director Damon Evans said that he is “thrilled” that players will have a chance to represent the school this fall and thanked them for “staying resilient in this uncertain time.”

“Our student-athletes have stayed focused and prepared and are eager to return to competition,” Maryland’s Head Football Coach Mike Locksley said. “I am extremely thankful for the incredible work of the medical staff here at Maryland and throughout the conference to develop the new protocols that allow us to get back to doing what we love.”

Maryland officials confirmed no fans would be in attendance for any football games during the 2020 season following guidance from the Prince George’s County Health Department.

The Diamondback, the university’s student newspaper, reported that football players returned to practice this week after 46 student-athletes tested positive for coronavirus, forcing school officials to suspend all training activities. The cases were the most reported within Maryland Athletics since testing began over the summer and covered student-athletes of 10 different sports.

As of Wednesday, the only reinstated sport is college football. Conference officials said the goal going forward is to have all Big Ten sports follow the new testing protocols before resuming competition. The conference said updates for other fall sports, like soccer and field hockey, and the start date of the winter sports season will be announced at a later date.