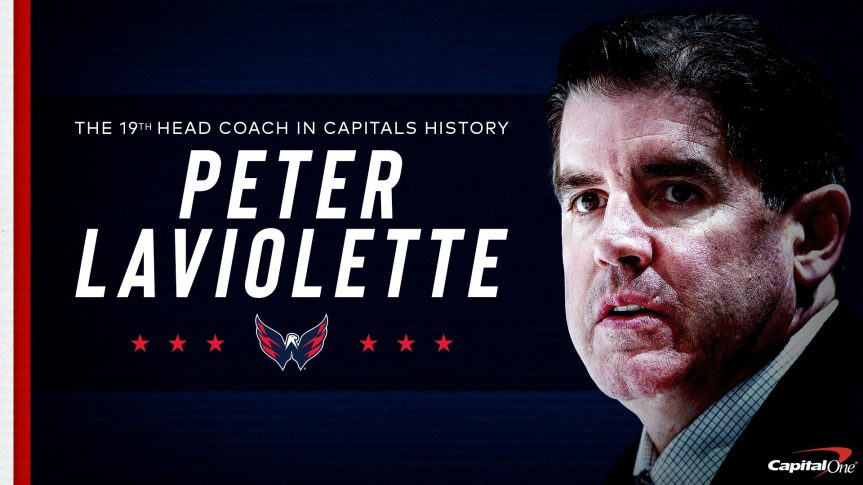 WASHINGTON – On Tuesday morning, the Washington Capitals announced the hiring of Peter Laviolette as the team’s new head coach, the 19th in franchise history.

“Peter is a successful NHL coach who has won a Stanley Cup and brings a wealth of experience to our team,” said Capitals senior vice president and general manager Brian MacLellan.

“We feel he is a great communicator who will motivate our players to play with passion, structure and discipline while helping our young players reach their potential.

In addition, he is a high-character individual who is highly respected for his coaching pedigree, all of which make him the ideal person to lead our team to compete for the Stanley Cup.”

Reirden had been promoted from assistant coach to head coach in 2018 after Washington got rid of Barry Trotz, who coached the team to its first Stanley Cup in franchise history.

Laviolette, 55, has been a head coach in the NHL for 18 years, with 11 career postseason appearances, three Stanley Cup Finals appearances, and achieved one Stanley Cup title in 2006 while leading the Carolina Hurricanes.

“I’m thankful and excited for the opportunity to lead this hockey club,” said Laviolette. “This is a winning organization with high expectations. I look forward to coaching this tremendous group of players and bringing my experience and vision to the team.”

He became the fourth American-born coach to win the Stanley Cup and the fourth coach in NHL history to lead three different teams (Hurricanes in 2006, Philadelphia Flyers in 2010, Nashville Predators in 2017) to the Stanley Cup Final.

Laviolette’s teams also have shown a history of overall improvement from the season prior to his arrival, so be on the lookout of the 55-year-old helping Alex Ovechkin and Nicklas Bäckström on their quest for a second Stanley Cup title.

“I think it’s a great fit,” said Laviolette. “For me, there were so many things that checked the boxes that I was looking for, for our next move, so we are super excited about that.”

Professionally, Laviolette was a defenseman, playing 12 games for the New York Rangers in the 1988-89 season, while spending most of his professional career in the minors.

He was also on the United States International team in the 1988 and 1994 Winter Olympics as a player, and then as a head coach at the 2006 Torino games, and as an assistant at the 2014 Sochi games.