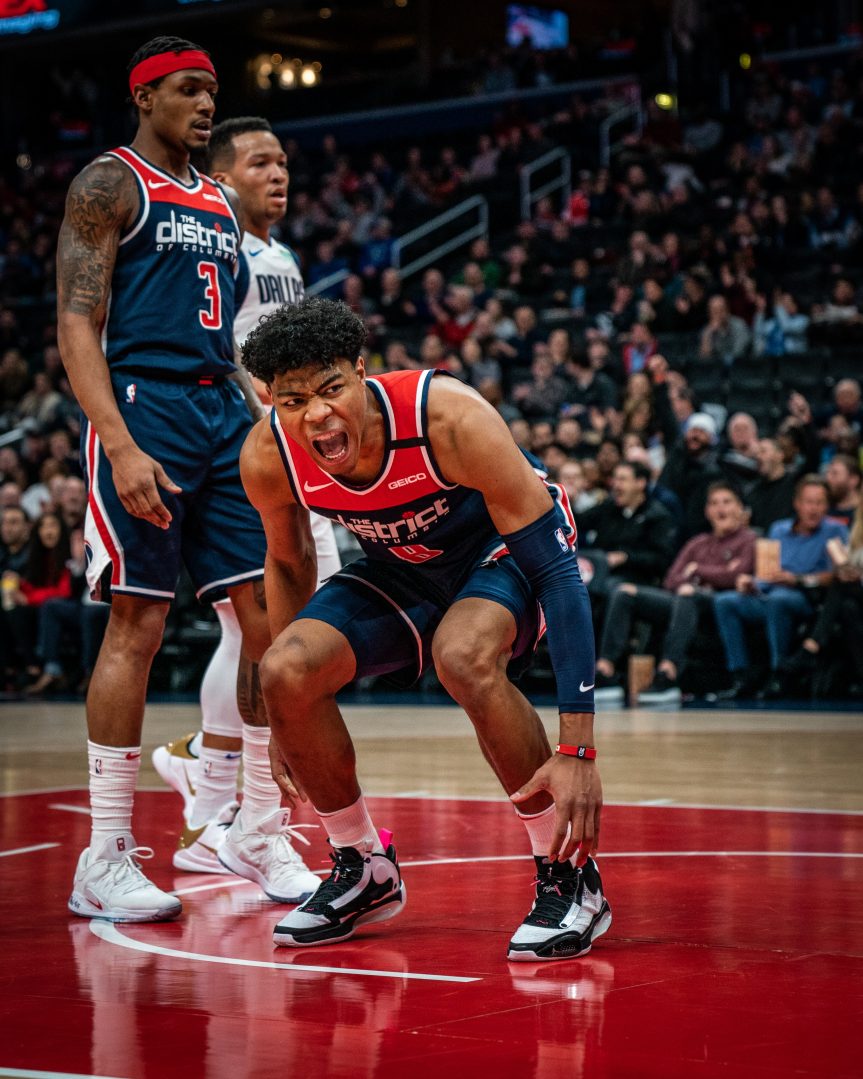 WASHINGTON – Washington Wizards forward Rui Hachimura became the fifth rookie in franchise history to make to the All-Rookie squad when he was named to All-Rookie Second Team Tuesday night.

Hachimura is the second Wizards rookie since Jarvis Hayes to make the team as well.

Hachimura earned the accomplishment after averaging 13.5 points per game and 6.1 rebounds per game in 30.1 minutes of action per contest while shooting at a 46.% percent shooting clip from the field.

The ninth overall pick in the 2019 NBA Draft also led all rookies in rebounds per game and finished fifth amongst first-year players in scoring. He was third on the Wizards behind guard Bradley Beal and forward Davis Bertans in scoring.

As a late bloomer (starting basketball in middle school), Hachimura is believed by many to have a high ceiling and plenty of room to grow as the Wizards forward of the future along with center Thomas Bryant and swingman Troy Brown Jr.

Hachimura proved he belonged, scoring more than 20 points ten times this season and achieved a career-high of 30 against the Los Angeles Clippers on Dec. 1.

He became the first Japanese-born player to be selected in the first round, and the highest picked player of Asain descent since Yi Jianlian was selected sixth overall in 2007. Hachimura joins countryman Yuta Tabuse, Yuta Watanabe (George Washington University), as the only Japanese-born players to play in the league.