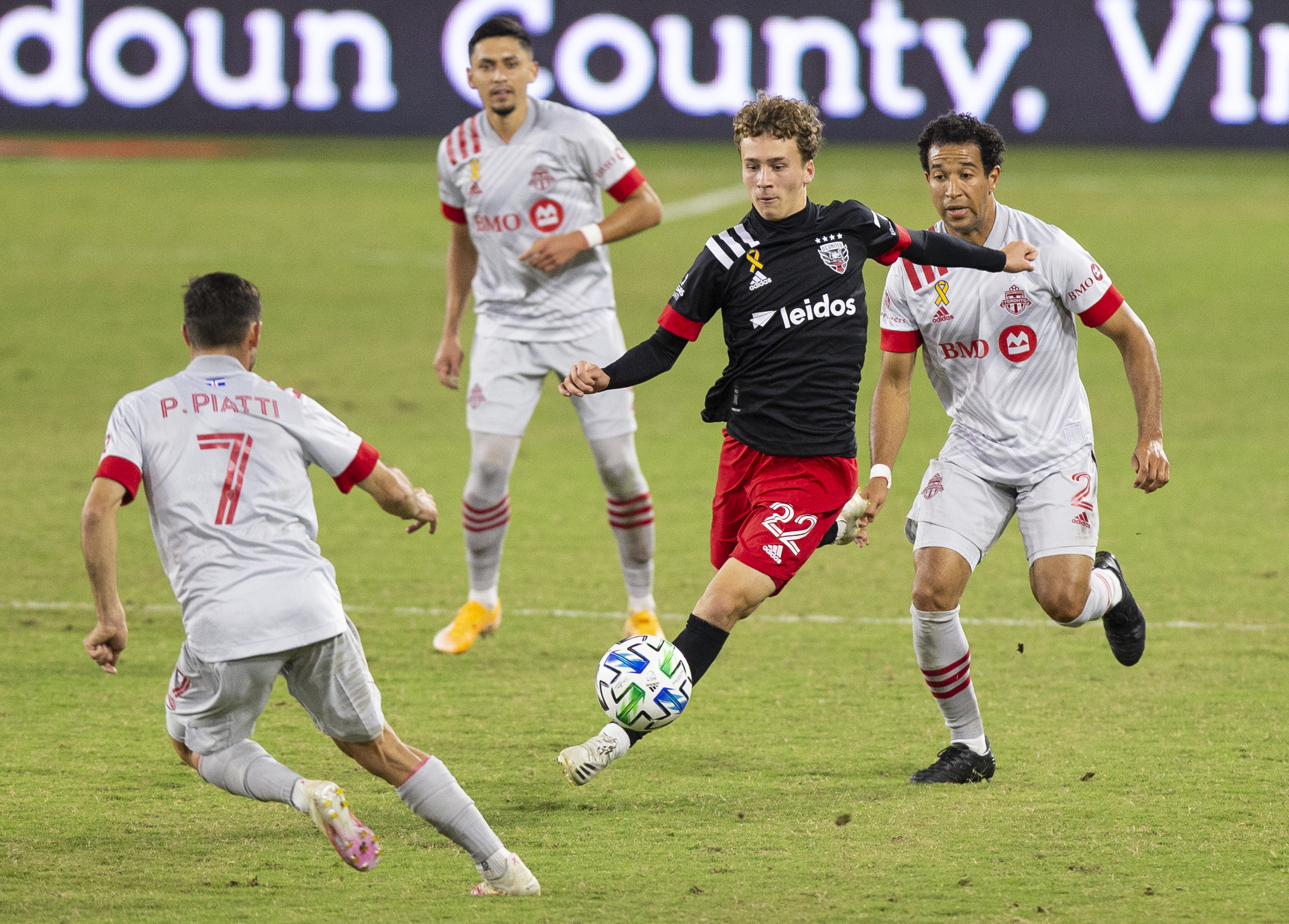 WASHINGTON – In a match filled with drama and excitement, D.C. United found its scoring touch late, thanks to a goal from homegrown product Griffin Yow two minutes before regulation to secure a 2-2 draw at home Saturday night.

Yow scored his first career MLS goal in the 88th minute after a Joseph Mora cross was not cleared by Toronto FC defender Omar Gonzalez, who attempted to head the ball out of the penalty area.

Instead, his clearance would land in the 17-year-old’s direction. He struck the ball violently with a left-footed volley, putting the ball in the back of the net to get the late equalizer for the Black-and-Red.

“He just seems to be one of those players that gets real chances and smells chances and is 20 yards in, he can manufacture things,” Olsen said. “It was him kind of smelling where the ball was coming in, and then he did a great job of seeing the play out.”

For the second time this year, United earned a late tie over Toronto against a squad that has played in three of the last four MLS Cups. A 10-man D.C. unit scored twice in the final 10 minutes to earn a 2-2 draw in the MLS opening game is Back Tournament in mid-July.

Five minutes into Saturday’s contest, United’s Ola Kamara stole the ball from Gonzalez and raced down the field for a one-on-one opportunity against Toronto goalkeeper Quentin Westberg. His shot hit the crossbar and trickled into the goal net to give D.C. an early lead. The goal ended a year-long, 14-game scoreless streak in the first half.

United nearly doubled their lead when Yamil Asad took advantage of a misdirected header from Eriq Zavaleta that came his way. Asad pounced on the opportunity, but his shot hit the crossbar, and Toronto cleared the ball from the area on the ensuing rebound.

Toronto tied the game in the 17th minute after United was unable to clear a Richie Laryea cross, and midfielder Alejandro Pozuelo pounced on the loose ball to score his fourth goal of the season.

Fifteen minutes into the second half, Toronto substitute Ayo Akinola connected a header off a Pablo Piatti cross to score his sixth goal of the season and gave the visitors a one-goal lead.

United’s offense continued attacking throughout the second half, even after Yow’s equalizer in the 88th minute.

During stoppage time, midfielder Federico Higuaín found Yow inside the penalty area, who quickly passed it to a wide-open Erik Sorga. The striker hit a one-timer towards the near post, but Westberg made a one-handed save to keep the game leveled.

Despite earning a draw, Olsen said several positives came out of their game against Toronto, mainly United’s defense handled their offensive weapons. Along with their improvements on offense, United will keep the positive momentum going as they travel to play Nashville SC on Wednesday.

“We need points to get into the playoffs, so we need to show ourselves every game,” captain Frédéric Brillant said. “This game is finished; it’s in the past, and we are focus on the next game against Nashville. We have to turn our minds quickly as the matches come quickly…We have very good character on this team, good fighting spirit, and we know exactly what we want.”