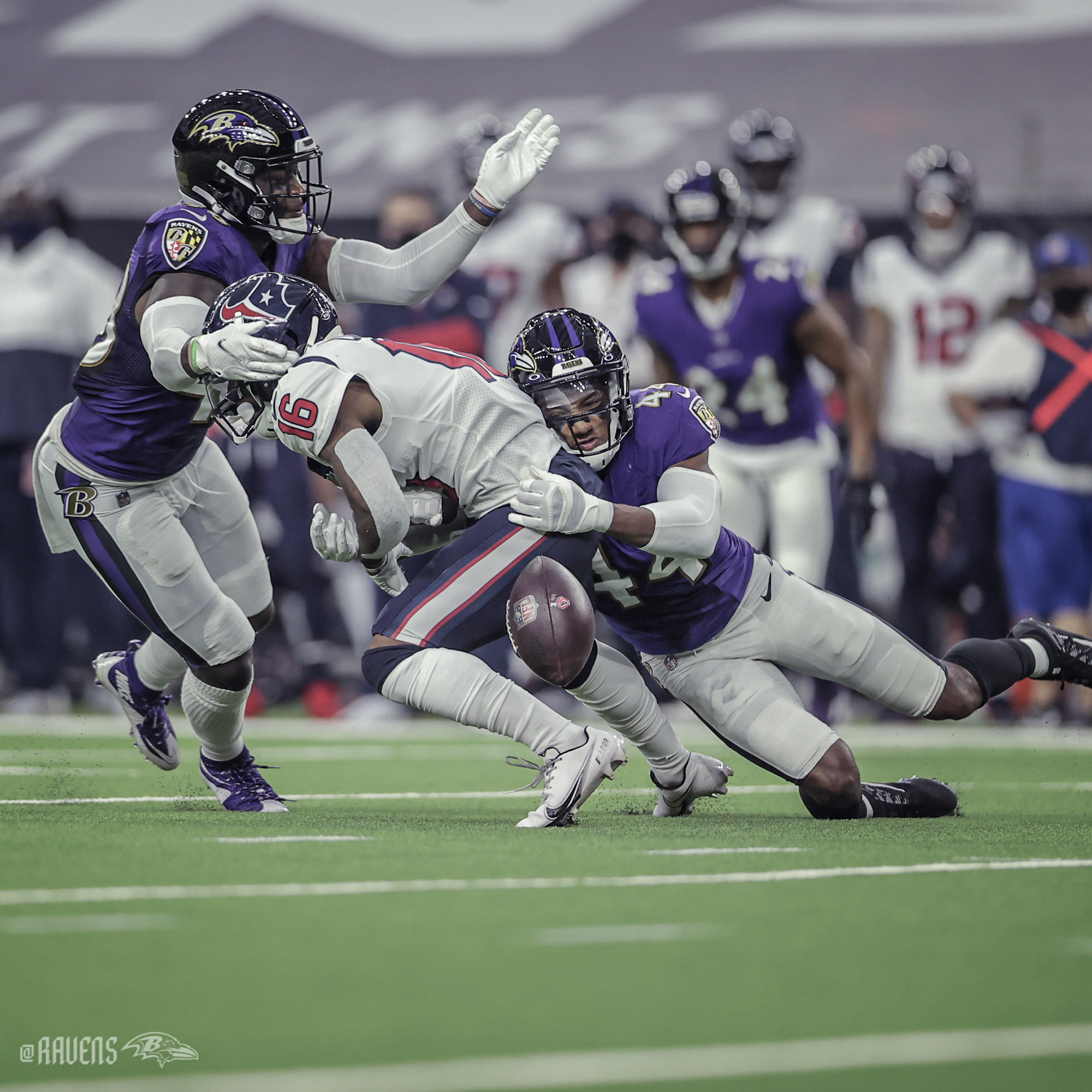 BALTIMORE – Dominating on both sides of the football in their season opener against the Cleveland Browns, the Baltimore Ravens entered Week Two with intentions of replicating their winning ways. On the road against the Houston Texans, the AFC North squad prepared its defense for a tough outing against quarterback Deshaun Watson.

Instead, the Ravens bullied the Texans throughout the four quarters on both sides of the ball as Baltimore earned their 14th straight regular-season victory with a 33-16 road win Sunday.

With the result, the Ravens improved to 2-0 and won their last seventh consecutive road game, a streak dating back to last season.

Before the game, Baltimore head coach John Harbaugh said he was concern about Watson and his impact, saying that it was “a big concern” for the defense. Baltimore defensive unit limited Watson and the Texans offense to one first down in their first three possessions.

Watson back answered in, completing four passes, including a 38-yard reception to Brandin Cooks, before capping it off with a 10-yard touchdown pass to Darren Fells for Houston. In Baltimore’s next offensive series, Jackson connected with Marquise Brown connected for a 25-yard pass, putting Tucker in position for a 39-yard field goal.

Leading 13-7, Baltimore’s defense prevented the Texans from threatening in consecutive drives. First, Ravens cornerback Marlon Humphrey punched the ball out of Texans receiver Keke Courtee’s hands after receiving a pass, allowing L.J. Fort to recover the fumble and run 23 yards for the touchdown.

In the following drive, Marcus Peters made a diving coach for his first interception of the year. Baltimore’s offense could not score following the turnover but entered the end of the half with a 20-10 lead, as Houston added a field goal in the final seconds of the second quarter.

While both teams traded field goals after halftime, Baltimore spent most of the third quarter taking time off the clock, posting an eight-minute drive before Tucker converted his third of four field goals.

The Ravens took much less time to score to open the fourth quarter, finishing up a six-play drive with Mark Ingram taking a direct snap for a 30-yard run touchdown. The score solidified another Baltimore victory after another outstanding team effort.

“The key for me was to catch the snap and go through my reads,” said Ingram. “All credit the O-line for blocking me.”

Jackson finished the game completing 18 out of 24 passes for 204 yards and a touchdown. He also rushed for 54 yards. Gus Edwards led the team with 73 rushing yards, and Marquise Brown led all Raven receivers with 42 yards on five receptions.

“A win like this is a big win. They are very much valued against a very good football team – a well-coached football team on the road,” Harbaugh said. “We are proud of this one.”

Despite the victory, Baltimore suffered a setback. Nickelback Tavon Young will likely miss the remainder of the season with a knee injury after going down with an injury in the first quarter. Young, who signed a three-year, $25.8 million contract in February 2019, missed the 2017 season due to a torn ACL and missed the 2019 season with a neck injury.

“Just a disappointing thing for a guy that we love, and we care about. He has been through so much already, and we know he will tackle this challenge as well,” said Harbaugh.

Baltimore will return home to face a stiff challenge next week against Kansas City Chiefs. The defending Super Bowl champions defeated the Ravens in Week 3 last season and are coming off an overtime victory against the Los Angeles Chargers. Kickoff is scheduled for 8:15 p.m. on Sept. 28.