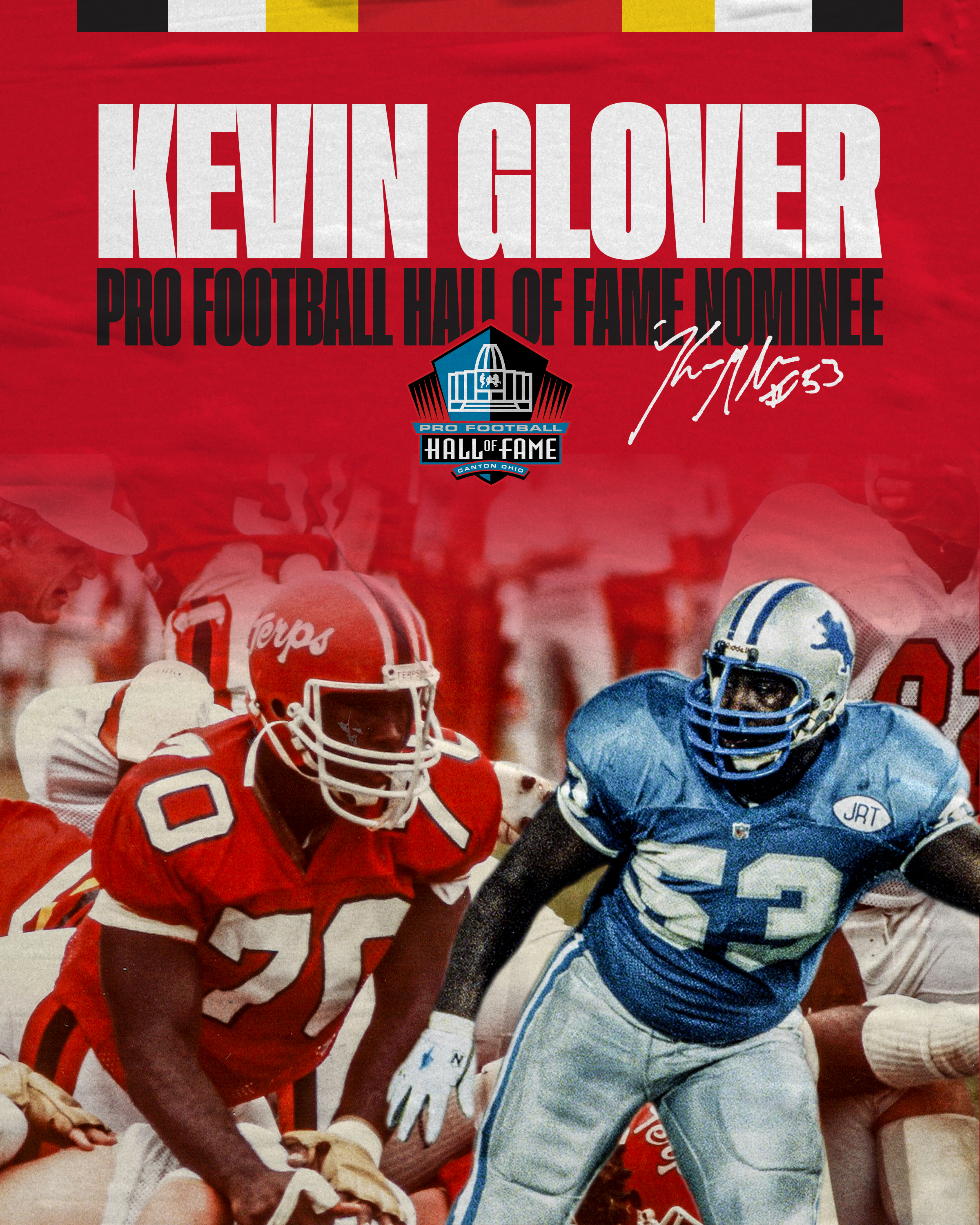 COLLEGE PARK – Former University of Maryland standout lineman Kevin Glover has recently been selected to the Pro Football Hall of Fame modern-era nominees list for the Class of 2021.

As a first-team All-American at Maryland in 1984 and a member of the school’s Athletics Hall of Fame, Glover was a second-round selection by the Detroit Lions in the 1985 NFL Draft. He anchored an offensive line that helped Barry Sanders rush for 2,053 yards in 1997 and ultimately earned three trips to the Pro Bowl.

“I’m extremely grateful to just be mentioned among the names of so many NFL Legends,” said Glover. “The pride and confidence to compete against the best was developed here at the University of Maryland and Largo High School. I was blessed to be encouraged by my wife, amazing friends, family and great coaches. Loved the journey!”

Glover was also inducted to the Maryland State Athletic Hall of Fame in 2015 and is a member of the Detroit Lions all-75th Anniversary team, consisting of the greatest Lions of all-time.

Glover also served as the Lions NFL Player Association Representative for six seasons and was elected to serve on that organization’s executive committee for two years.

He returned to the Maryland football program in 2017 and is currently serving as the Terps Director of Player Development. Glover now oversees the student-athletes involvement in community service efforts and assists with internship opportunities. He also helps maintain strong connections with Maryland’s alumni base.

Eighteen finalists for the Class of 2021 will be presented to the full 48-member Pro Football Hall of Fame Selection Committee during its annual meeting on the day before the Super Bowl.