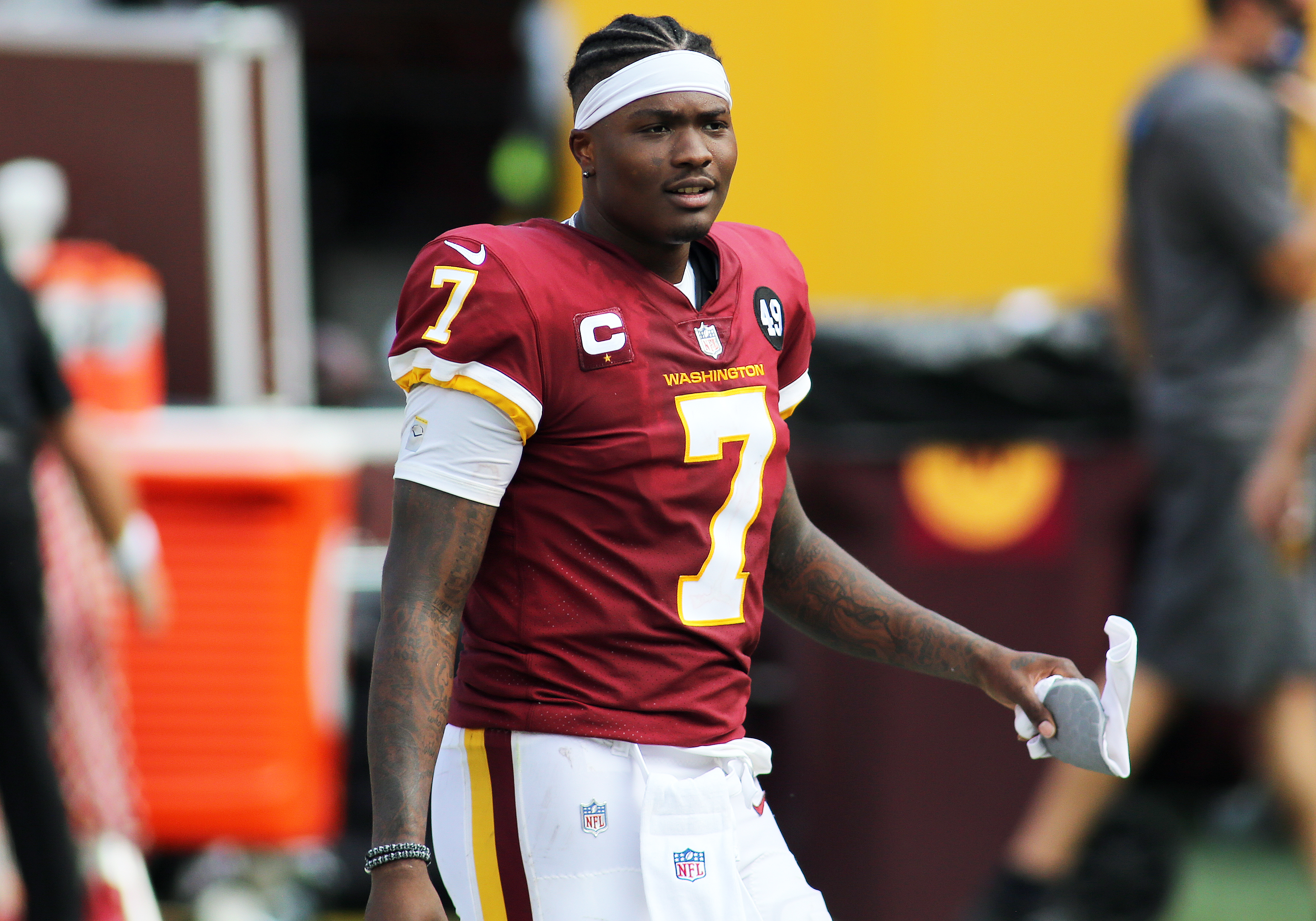 Browns score 24 points off of four turnovers by Haskins

The game felt back-and-forth at times, but four Dwayne Haskins turnovers proved to be the difference as the Browns won 34-20.

“You’re not going to win football games if you don’t win the takeaway battle,” said Washington Football Team Head Coach Ron Rivera. “I believe in that. It’s just unfortunate that we didn’t get enough turnovers back to help ourselves either.”

Washington did jump out on top first for the first time this season, as Haskins connected with receiver Dontrelle Inman in the end zone for the 17-yard score to put the Burgundy and Gold up 7-0 with 1:44 left in the opening quarter.

However, up 7-3 with 7:41 left in the half, Haskins threw a costly interception to Cleveland safety Karl Joseph, who ran 49 yards into Washington territory before fumbling the ball and the Browns regaining possession.

That led to running back Nick Chubb breaking tackles on his way to a 16-yard rushing touchdown to give Cleveland a 10-7 lead.

After the two-minute warning in the first half, Haskins once again threw a pick, this to former Super Bowl MVP Malcolm Smith.

That turnover also led to a Browns touchdown, as quarterback Baker Mayfield tossed a pass to Chubb, who fought his way into the end zone for the nine-yard score that extended the lead to 17-7 at the half.

The Burgundy and Gold looked to redeem themselves in the third quarter, with an eight-play, 49-yard drive resulting in rookie running back Antonio Gibson finding the end zone from two yards out, but a missed PAT from Dustin Hopkins cut the deficit to 17-13.

On Washington’s next drive, Haskins began to reform himself when he once again connected with Inman for the 11-yard TD that gave the visitors the 20-17 lead.

However, on Cleveland’s ensuing drive, Mayfield led his team 75 yards down the field and eventually tossed a 13-yard TD pass to tight end Harrison Bryant that put the Browns back on top 24-20 early in the fourth.

Haskins turned back into his first-half self when he threw his third pick of the day to Browns linebacker B.J. Goodson.

Like the previous two interceptions, Cleveland was able to capitalize on the turnover, as Chubb scampered down the left sideline for a 20-yard touchdown run to extend the Browns’ lead to 31-20.

On the ensuing possession, Haskins once again turned the ball over; this time on a strip sack and fumble recovery by Cleveland defensive end Myles Garrett, which led to a field goal by Cody Parkey.

Despite those three interceptions and a lost fumble, Haskins finished the afternoon going 21-of-37 and passing for 224 yards and two touchdowns.

“Just trying to do too much,” Haskins said of his issues Sunday. “Trying to make a play, or fit into a window in a scenario where we move back into a chain, 3rd and 8, 3rd and 12, whatever the case may be and trying to get it all back.”

Gibson led all Washington rushers with 49 yards and a score on nine carries, while McLaurin was the leading receiver with four catches for 83 yards.

The Burgundy and Gold host their beltway rivals the Baltimore Ravens at 1:00 pm on Sunday.