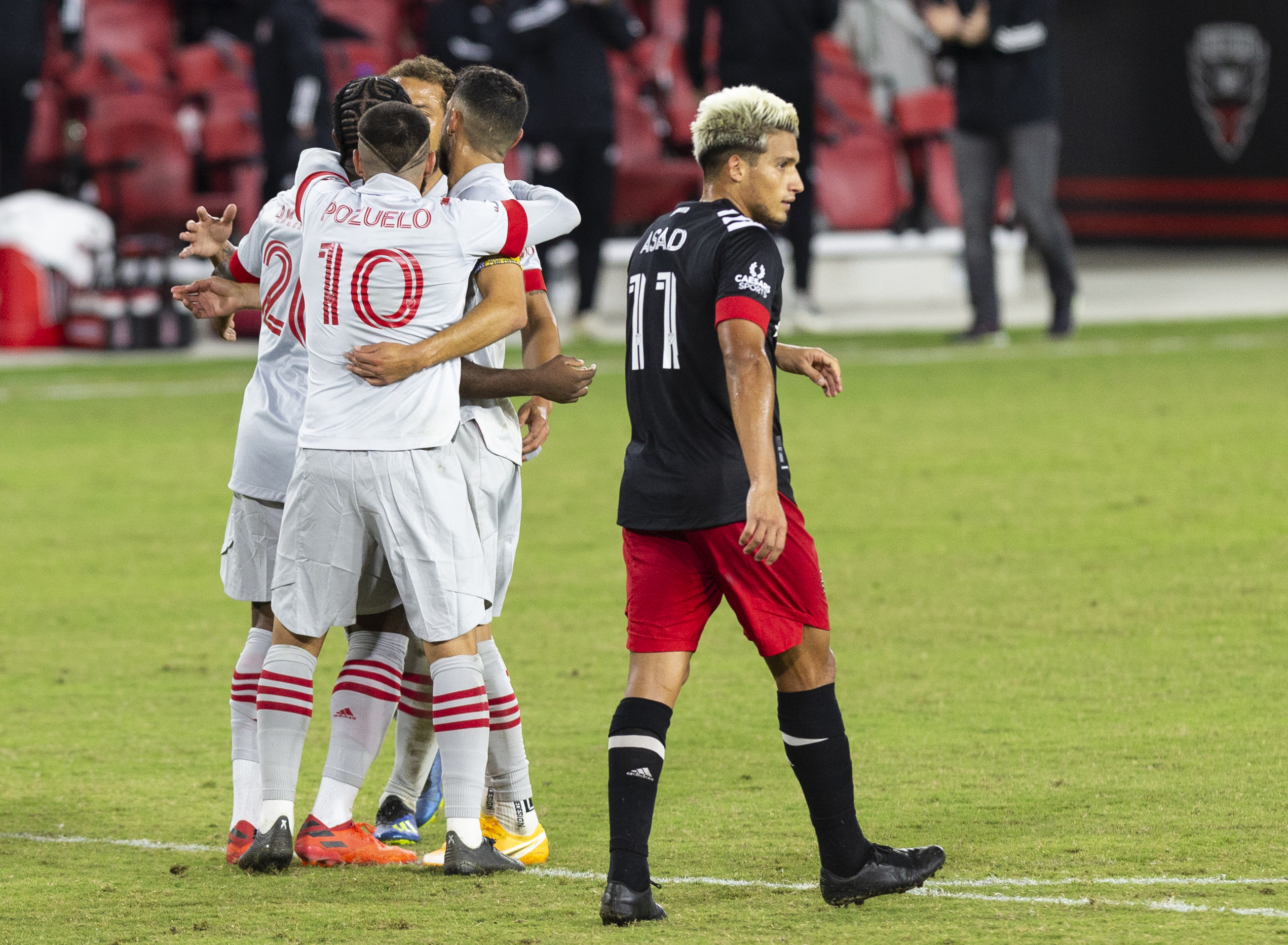 WASHINGTON – Two goals in the final five minutes of the second half propelled the visiting New England Revolution to a 2-0 victory over D.C. United Sunday night.

United (2-7-5, 11 points) are now winless in the final five games, sit in last place in the Eastern Conference and five points out of the final playoff spot.

Despite holding a vast majority of the possession early in the contest and shooting most of its eight shots in the first half, the Black-and-Red continued their inability to score goals. They currently sit tied for second-worst in the league for goals scored (11).

A bright spot was the presence of attacker Yordy Reyna; a Peruvian international United acquired via trade from the Vancouver Whitecaps on Sept. 19. The 26-year-old created multiple opportunities on goal thanks to his quick speed and dribbling ability.

He was denied a goal in his debut midway through the first half after trapping the ball in the penalty area and taking a shot towards the lower right goalpost. Goalkeeper Matt Turner dove to make the grabbling save.

Head coach Ben Olsen said Reyna played well with striker Ola Kamara and midfielder Griffin Yow to create more scoring chances. Even with the cohesion on offense, the lack of goals scored shown on the scoreboard glared at United by halftime.

“We’re never a team that ever puts up 10-12 shots,” Olsen said. “We haven’t been that in a few years. The times we have been successful is when we have been efficient, and we have to see some of those plays out, whether it is the final ball or the chance or two we get in the first half, which were good chances.”

“We weren’t bad defensively,” Brillant said. “I think we need more time with the ball.”

Twenty minutes into the second half, New England (5-3-6, 21 points) began making multiple substitutions to restructure their offense. As United began to wear down, the Revolution became a bigger threat on goal, using its physically to mow past D.C.’s defenders.

With four minutes remaining in regulation, midfielder Cristian Penilla received a midfield pass on the right-wing and sent a low cross inside the United penalty area. Striker Gustavo Bou controlled the ball before striking it between Brillant’s legs into the goal, leaving goalkeeper Bill Hamid flatfooted and unable to make a save.

Down a goal, United pressed forward to look for a game-tying goal.

However, following a defensive clearance, New England answered back with a two-on-two breakaway. Penilla sent a pass to Adam Buksa as he entered the penalty area. The Polish midfielder took a small touch before chipping a shot over an outreached Hamid for the game-clinching goal.

United will have little time to rest with seven matches in October, starting with a home match against Atlanta United on Saturday. When asked what elements are needed to bounce back from their recent results, Olsen said he would need time to figure out that answer.

“We can use some of those guys that are not healthy right now; that would help,” Olsen said. “I’ll tried to figure that out this week.”