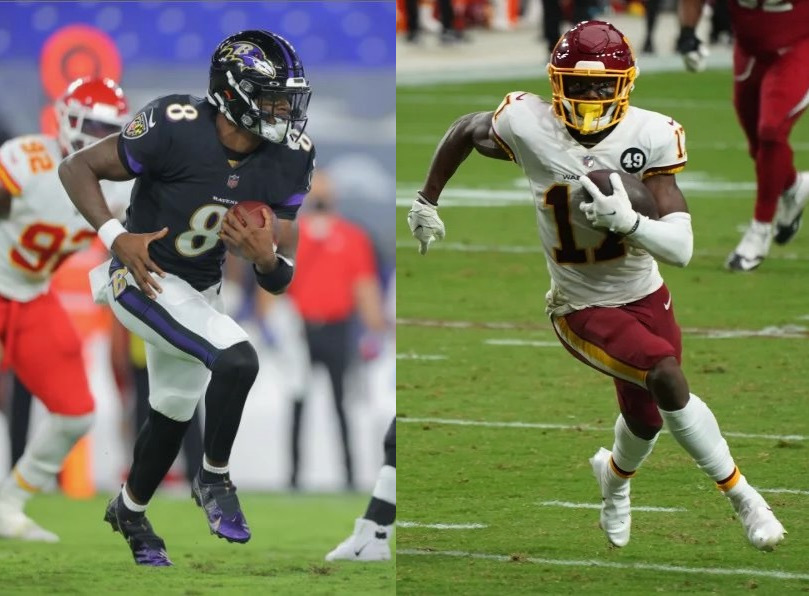 The Washington Football Team will play host to the Baltimore Ravens on Sunday at 1 p.m. in a local affair with both teams in search of a victory after stunning losses.

Washington enters Week 4 with a 1-2 record, losing their last two games. Last week, they led 20-17 against the Cleveland Browns entering the fourth quarter before giving up 17 unanswered points.

Washington’s inability to improve on offense has shown statically as the team ranks third to last in total offense, averaging 288 yards per game.

Second-year quarterback Dwayne Haskins is having an up-and-down year thus far: he’s thrown for 625 yards for four touchdowns in three games. However, against the Browns, he threw three interceptions. Defenses have stopped his limited ground game as Haskins rushed for only 27 yards this season.

Rookie running back Antonio Gibson has made the most of his limited touches, rushing for a team-leading 140 yards on 31 carries and scoring two touchdowns. He’s averaging 4.5 yards per carry through three games.

On the receiving end, second-year players Terry McLaurin (269 yards) and Steven Sims (103) are the only Washington players with triple-digit receiving yards. Sims will be questionable for Sunday’s action.

On the defensive side, Washington ranks sixth overall, limiting teams to less than 335 yards per game. Inside linebacker Jonathan Bostic leads the team solo tackles (15) while Kevin Pierre-Louis has the most combined tackles (24). Landon Collins, Jimmy Moreland and Fabian Moreau have each recorded an interception as part of the No. 5 passing defense in the league.

Meanwhile, Baltimore (2-1) will be coming down to FedEx Field this week looking to avenge their Monday Night loss to the Kansas City Chiefs, 34-20, which marked the end of their 14-game regular-season winning streak.

The Chiefs outplayed Baltimore in nearly every offensive category, and quarterback Lamar Jackson threw for only 97 yards, completing 53% of his passes.

The Ravens hope that his performance against Kansas City was an anomaly. In his first two games this season, Jackson threw for over 200 yards each contest, scored four passing touchdowns and rushed for a combined 99 yards.

On the ground, Jackson also leads the rushing attack with 182 yards but has received help from Baltimore’s running back core. Gus Edwards (129 yards) and Mark Ingram (114) each have carried the load in the Ravens’ rushing attack, which ranks fifth in the league.

As a team, Baltimore’s defense ranks in the middle of the pack of yards allowed per game (375.5), but their stinginess in the red zone makes them one of the best in the league. The Ravens rank third in points allowed (18.7), with several playmakers to thank for their success.

Rookie Patrick Queen leads Baltimore with 15 solo tackles while Chuck Clark has 22 combined tackles. Newly extended Marlon Humphrey and Marcus Peters each have an interception this year, and Devin Duvernay has the lone special teams’ touchdown in the league.

In the all-time matchup between Washington and Baltimore, the two teams are 3-3 dating back to 1997, with Washington winning the last two. In those six games, the Ravens have outscored Washington 104-92, with five of those encounters decided by seven points or less.

According to sportsbook My Bookie, Baltimore is the overwhelming favorite for Sunday’s game with a 14.5-point spread.