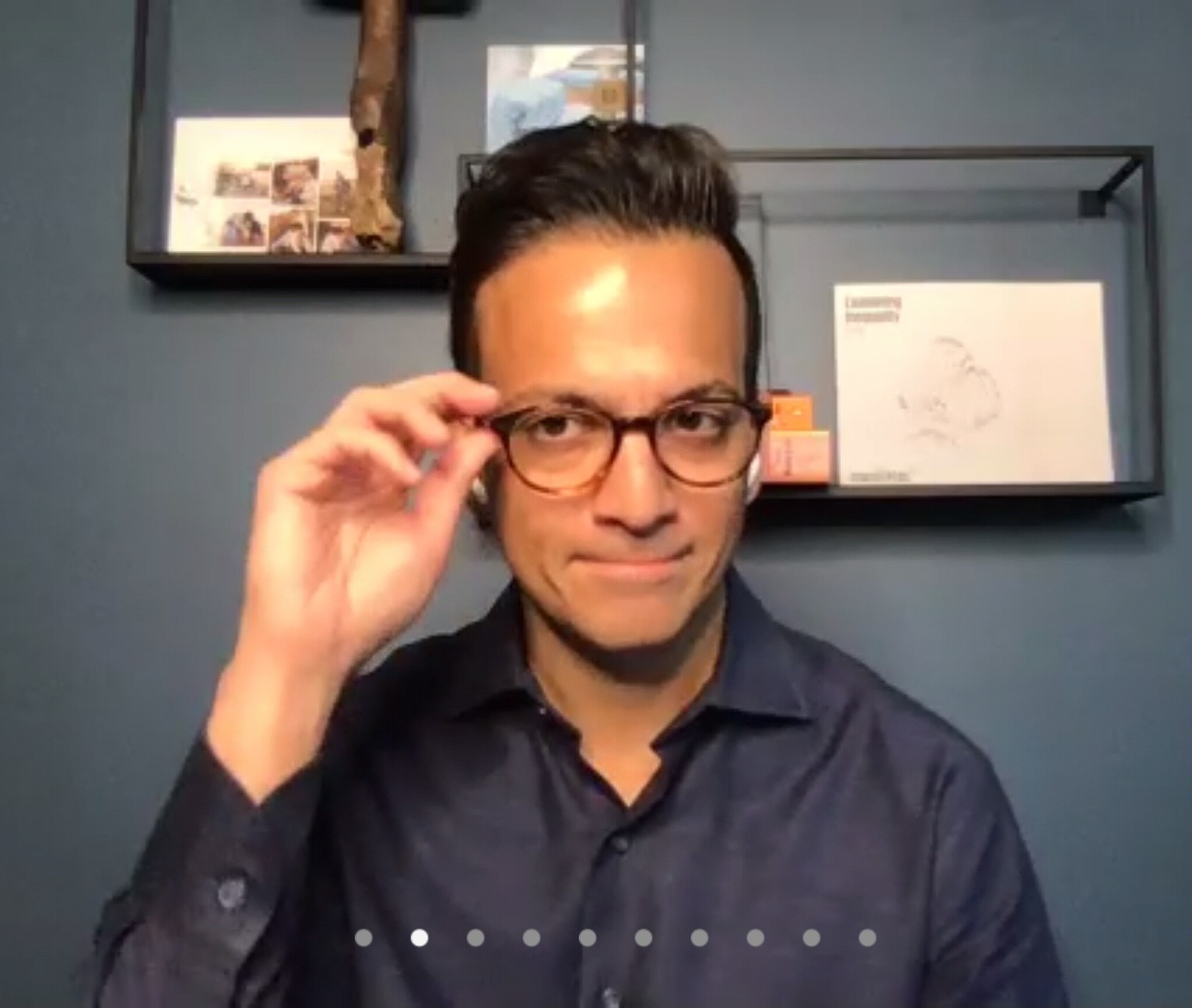 WASHINGTON – In a civil yet informative town hall conversation on Thursday, parents and students were alerted the risks of returning to high school athletics too early during the coronavirus pandemic. Still, they were told to petition local governments to invest in more daily testing.

Gupta, a Harvard-trained lung specialist, said positive cases are expected to grow with the start of the fall weather, which weakens the immune system. Experts predicted rates would go down during the summer.

However, there are currently about 40,000 positive cases of COVID-19 occurring nationwide, with the U.S. averaging 1,000 deaths per day, Gupta said.

When it comes to teenage children, there is still “disinformation” being released on how vulnerable they are to coronavirus, Gupta said.

Overall, children are still as likely to get infected with COVID-19 as adults. In most cases studied, Gupta said, show that youths between 10-24 years old tend to be asymptotic but can easily transmit the virus to adults at a much faster rate.

“Among those individuals that end up getting sick that are young, they end up in the intensive care unit at the same rate as adults,” he said.

“Children who end up getting hospitalized, a number that is far less than adults, about one of every three ends up in the ICU. They are not protected or immune from getting the coronavirus.”

Washington D.C. continues to be in a Phase Two reopening stage, with schools being taught virtually. The athletic season plans to start with winter sports in December and move fall sports to February 2021.

With the return of athletics, Gupta advised schools to take advantage of the decreasing price of testing kits as a starting point.

While displaying a $300 rapid testing monitor, he said that testing student-athletes every 10-14 days, while transmitting rates are low, gives officials a better chance at fighting a schoolwide spread. If testing is not possible, student-athletes should agree to learn virtually for the duration of their season.

There was pushback. Tristan Leigh, a five-star recruit from James W. Robinson Secondary School, questioned the need of state agencies to make rules for interscholastic athletics during the pandemic when currently “people are playing on their own.”

Holly Wiles, a mother who staged a “Let Them Play” rally to restart athletics in Virginia, added that a controlled environment, as Gupta described, cannot exist for some sports or communities. Teenagers will act like teenagers, she said, and will continue to congregate in gyms, on the field, or at home regardless of what social distancing measures are put into place.

“They are hanging out in closed environments where the ventilation is not good, and they are playing football where they are all over each other, and there is no adult supervision,” Wiles said. “There are going into weight rooms at an enormous pace; that is real-life, teenager life.”

However, Gupta said, there is enough evidence shown through outbreaks at a college campus that younger people spread the virus to older residents living in the surrounding areas faster and at a deadlier rate, overwhelming local resources.

“Their congregating fundamentally impacts the surrounding community, and that is the concern,” Gupta said. “The more we introduce variables, we have no idea the magnitude is of that variable. If teenagers are congregating, there will be asymptomatic spread, and that will not cocoon those who are more vulnerable from what is happening on the football field.”

Schools should check their ventilation systems before the start of winter sports, and showers in the locker room should be closed off, Gupta said. Everyone in attendance for games should wear masks and be socially distancing. If testing cannot be accomplished, live streams with no fans in attendance are better.

He also advised against relying on only visible cues, calling them “false assurances.” Using only a temperature reading from an infrared thermometer does not limit the spread due to the children’s high asymptomatic rates.

After the town hall, Gonzaga High School’s Head Basketball Coach Stephen Turner said while he agreed with the medical opinions provided, there was very little discussion about the reason why some want athletics to restart.

As the father of a student-athlete in his junior year, he sympathizes with parents who want their child to be seen by college coaches for a scholarship.

However, Turner said, school officials need to be smart when restarting school and athletics.

“Let’s get to the new year, and then, we will do some things,” Turner said. “We’re bringing the kids back now in the toughest situation in confided areas and classrooms, even in smaller groups, and we are asking them to be stuck in an area where they have a higher chance to catch COVID than if they were at home, learning virtually. I feel a lot of this is going backward.”