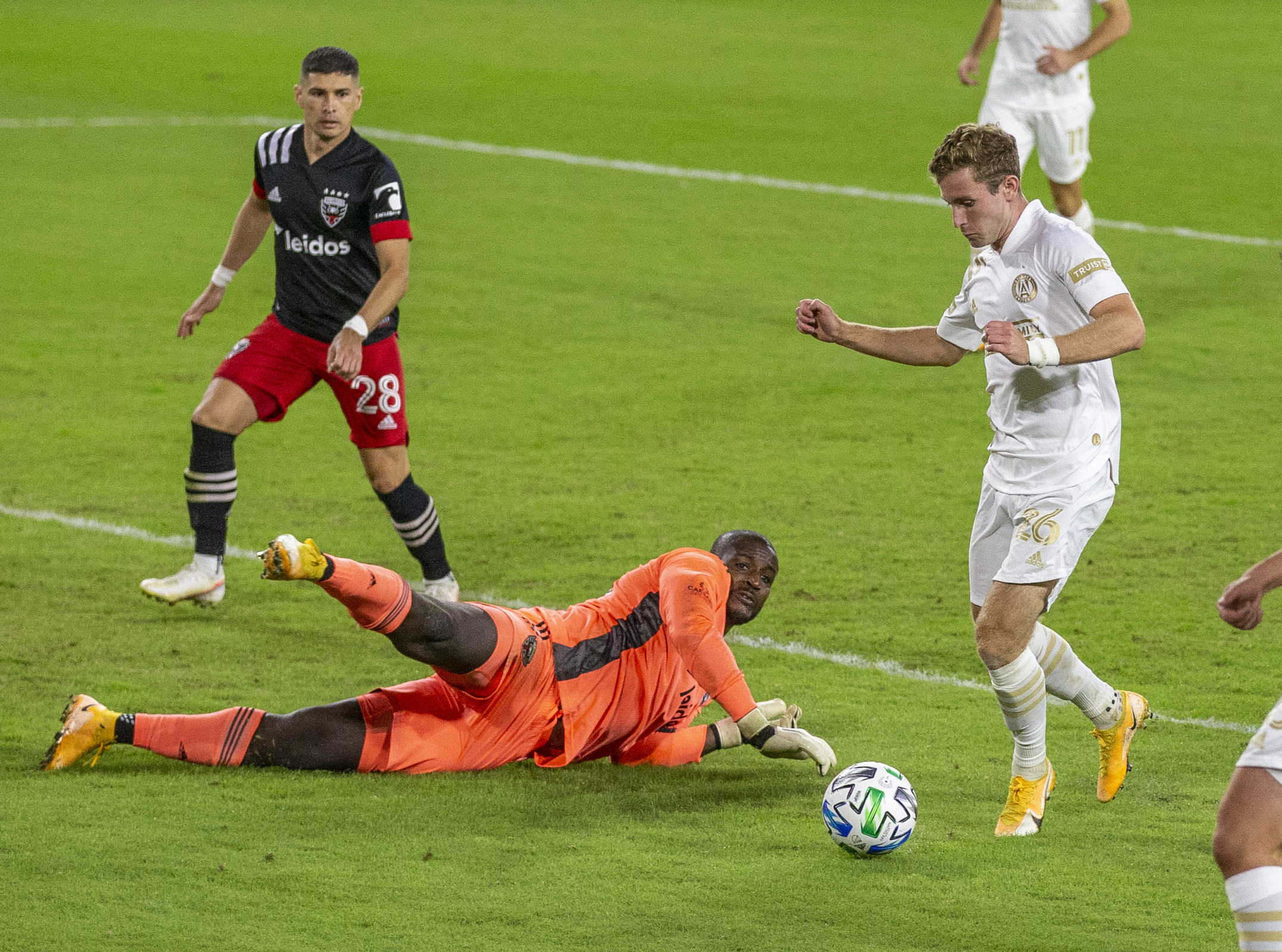 The stunning loss was indicative of United’s season since returning to regular-season play in August: lack of offensive production, injuries compounding all over, and questionable decision-making leaving the club searching for answers.

“This is one of the worst losses I’ve been a part of,” defender Steven Birnbaum said.

With the result, D.C. (2-8-5, 11 points) is winless in their last six games and sits in the last place of the Eastern Conference, six points out from the final playoff spot.

Atlanta (5-8-2, 17 points) opened the scoring early in the 4th minute after a midfield cross from Brooks Lennon found forward Jon Gallagher. The Irishman outran D.C.’s Chris Odoi-Atsem to the ball and redirected the ball to the right goal post, beating a diving Bill Hamid.

As the game continued, Atlanta grew with confidence, taking multiple shots at will at United’s goal. D.C.’s deficit grew five minutes before halftime as a failed clearance by Joseph Mora landed in front of Lennon, who elected to shoot a left-footed rocket to the upper left corner of the goal net to give Atlanta a 2-0 advantage.

Confusion ensued after halftime as midfielder Russell Canouse, who was not on United’s gameday roster, entered the field as a substitute for three minutes. Once the fourth official noticed the illegal substitution, United head coach Ben Olsen removed Canouse and put in midfielder Kevin Paredes.

Olsen said Canouse should have been on the official gameday roster and does not know what caused the error. United’s third-string goalkeeper Earl Edwards Jr., who did not dress for the match, was in the gameday roster while Canouse was not.

“I was confused as well,” Olsen said. “All I can tell you is that I was informed that he wasn’t on the gameday roster, and that was a surprise to me and that I needed to take him off.”

Gallagher scored his second goal of the night in the 65th minute. After a sequence of passes, he took a short Emerson Hyndman pass and dribbled around Hamid for an open net shot to extend Atlanta’s lead.

The Five Stripes capped off their scoring night three minutes later after Lennon fired in a cross into the penalty area to a wide-open Adam Jahn for a low header goal. United finished the match a man down after Frédéric Brillant received a red card for a stiff challenge on Atlanta midfielder Manuel Castro.

“We’re struggling to score, and obviously, tonight we’re struggling to defend.” Birnbaum said. “I think it takes a toll on us, as a group when you know we can score a ton of goals and if one goes in, then we’re chasing the game, and it’s already tough in the beginning if we’re getting scored on all the time.”

The road does not get easier for United, as they play three games in seven days, starting with two road matches against New York City FC (Oct. 7) and Chicago Fire (Oct. 11). The group will need to regroup mentally, Birnbaum said, and play better overall if they want their luck to change.

“We’re a fragile group right now, and from a soccer standpoint, we’re not very good either,” Olsen said. “It’s a bad combination.”