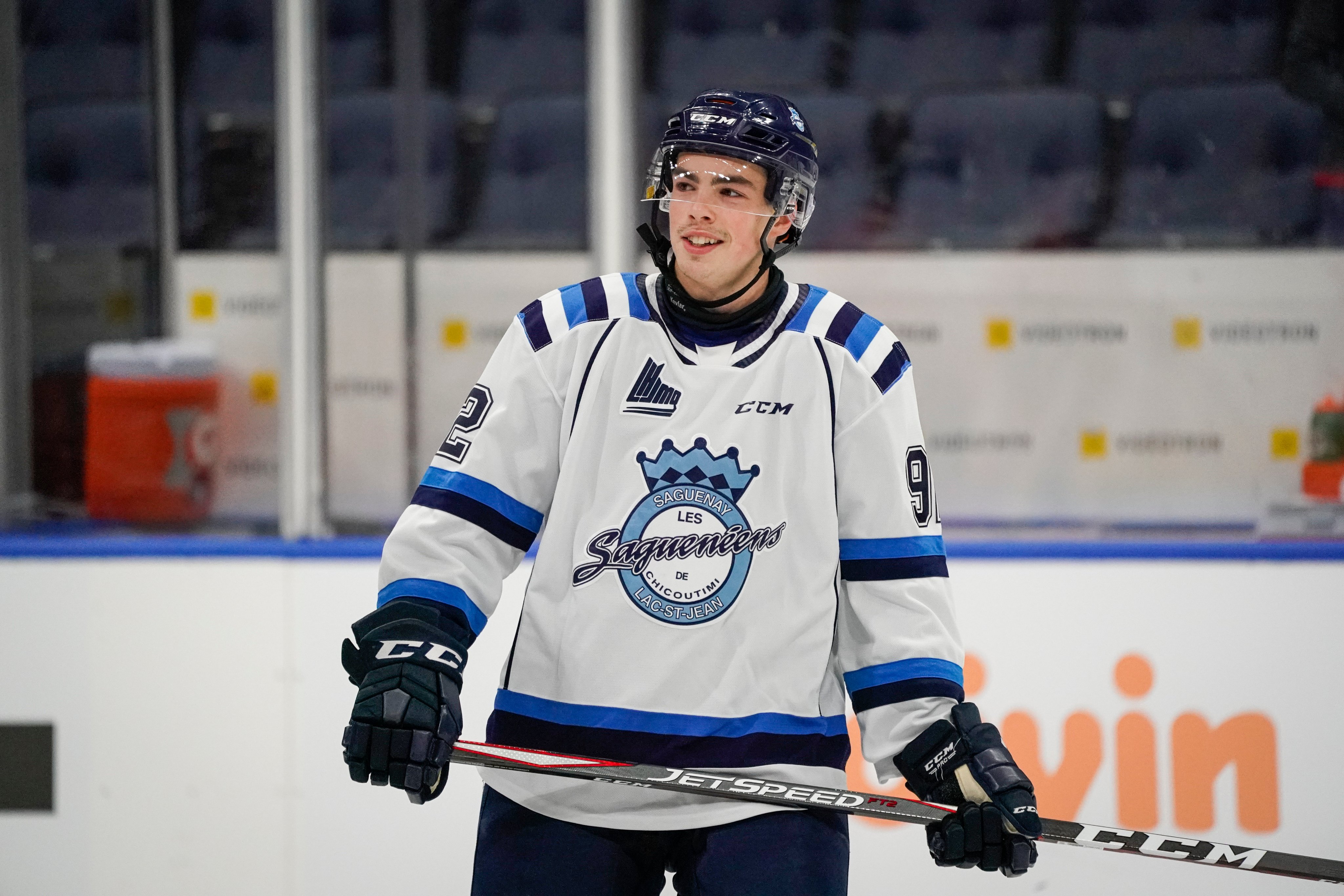 WASHINGTON – The Washington Capitals entered the 2020 NHL Draft Oct. 6 and 7, coming off a second consecutive first-round playoff elimination and a new head coach in Peter Laviolette.

While keeping their focus for the upcoming season, the Caps built depth to their roster through the draft by selecting five players.

Washington kicked off their draft by trading up to the 22nd overall pick with the Calgary Flames to select 18-year-old center Hendrix Lapierre.

The Gatineau, Quebec, Canada native was ranked seventh among North American centers and ninth overall among all forwards by NHL Central Scouting. The Capitals sent Calgary their 24th and 80th overall picks to get Lapierre.

The 6-foot, 179-pound center spent the 2019-20 season with the Chicoutimi Saguenéens of the Quebec Major Junior Hockey League (QMJHL), recording 17 points (two goals, 15 assists) in 19 games. He led all skaters in points (11) with three goals and eight assists for Team Canada at the 2019 Hlinka Gretzky Cup.

This draft selection turned out to be the perfect fit for Lapierre, as he grew up a fan of Washington star Alex Ovechkin.

“I had his posters on my wall,” said Lapierre. “My first jersey that I ever received was an Ovechkin jersey, so Washington holds a special place in my heart, and I’m really happy to be a part of that organization for sure.”

Lapierre becomes the 17th center the Capitals have selected in the first round in team history and the first QMJHL player taken since Stanislav Galiev and Samuel Carrier in 2010.

With no second or third-round picks, Washington waited for the 117th pick to select Russian Bogdan Trineyev in the fourth round. The 6-foot-3, 198-pound right wing amassed 26 points (12 goals, 14 assists) in 36 games with Dynamo Moscow 2 in Russia’s junior league.

With the 148th pick in the fifth round, the Capitals drafted Bear Hughes, a 6-foot, 171-pound center from Post Falls, Idaho. He previously spent his time with the Spokane Chiefs of the Western Hockey League, scoring 16 goals and providing 31 assists in 61 games played.

In the sixth round, Washington used their 179th pick to select Canadian goaltender Garin Bjorklund, who had a .897 save percentage in 28 games for the WHL’s Medicine Hat Tigers. His selection will help the Capitals start building for the position’s future following the departure of Braden Holtby and the arrival of 38-year-old Henrik Lundqvist.

Washington ended the second night of the draft executing a trade with the Pittsburg Penguins, trading for the 211th pick in the seventh round to select Swedish left winger Oskar Magnusson. He scored 22 goals for Malmo Jr. in Sweden’s junior league during the 2019-20 season.