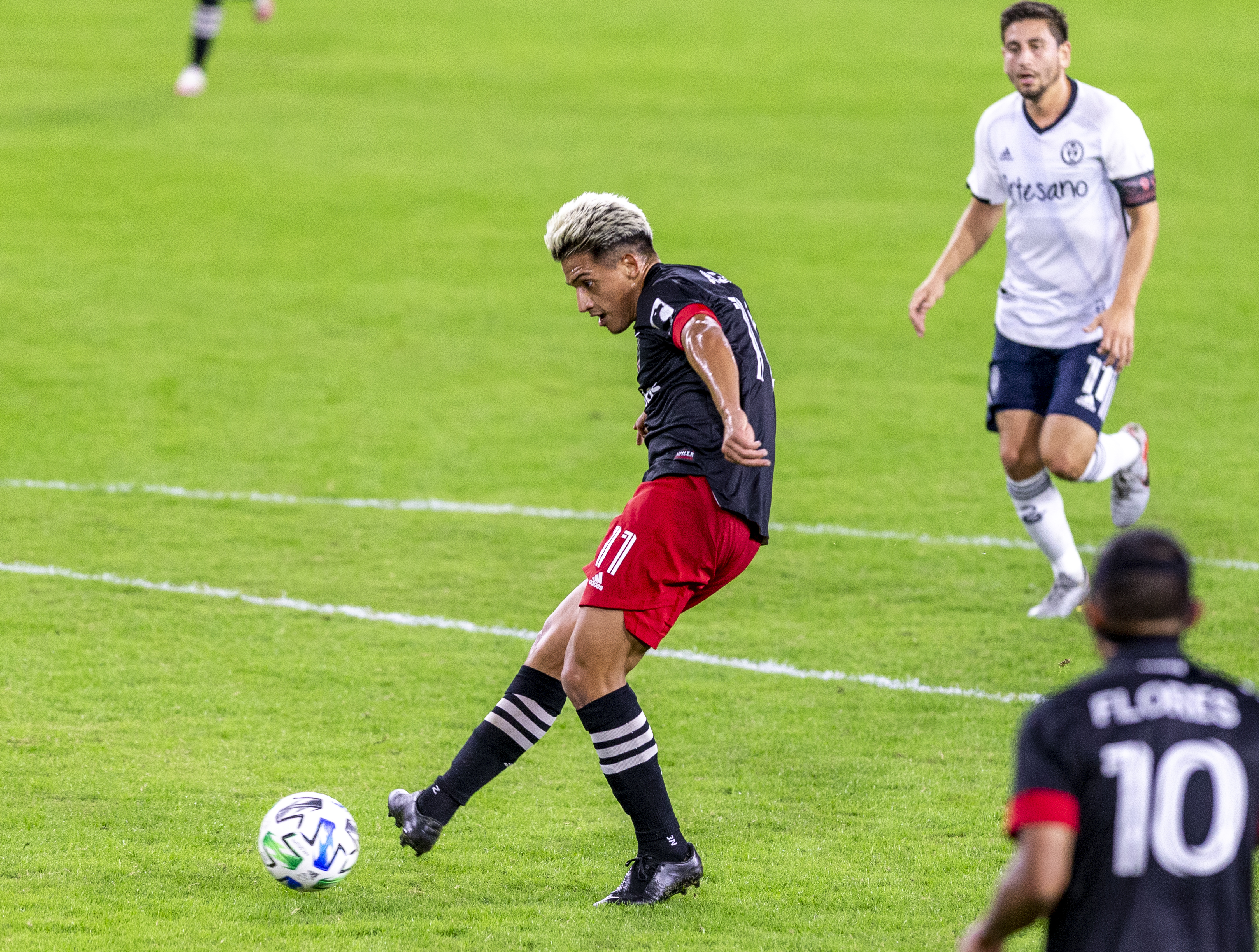 WASHINGTON – As the final whistle blew at Audi Field Wednesday night, several D.C. United players fell to the ground, burying their faces into their hands. For them, a chance to earn their first win in more than a month slipped away once again.

Playing their first home game since the firing of former head coach Ben Olsen, United dominated the Philadelphia Union offensively while keeping their weapons at bay for large portions of the match.

However, an 87th-minute volley crashed the proceedings, forcing the Black-and-Red to settle for a 2-2 draw against the Eastern Conference’s second-best team.

The result is United’s first point since Sept. 19, ending a five-game losing streak.

While they did surrender the tying goal in the match’s dying minutes, interim head coach Chad Ashton said he was proud of the aggression, and offensive pressure D.C. has shown in the past two games since Olsen’s departure.

“We are starting with a new coach and a new slate, and we want to give everything for Chad because he has given so much for this club as well,” defender Donovan Pines said. “We want to proceed in the right direction and fight for the club and fight for what we want to do in the next upcoming games and try to develop an identity for next year.”

Despite playing without goalkeeper Bill Hamid due to illness, United (2-10-6, 13 pts.) did get one reinforcement back in midfielder Edison Flores, who returned to the starting lineup for the first time since his facial injury in early September. Along with fellow midfielder Yamil Asad, the duo engineered multiple attacks for D.C. throughout the first half.

Four minutes into the second half, Philadelphia (10-3-5, 33 pts.) capitalized on a loose ball after D.C.’s defense’s failed clearances. Sergio Santos stole the ball from Pines and sent a low cross into the 6-yard box, connecting with a sliding Anthony Fontana for a Union goal.

United continued to press forward and got closer to score after every attempt. At one point, after the 70th minute, D.C. forced three consecutive corner kicks.

On the third attempt, Pines broke away from the Union defense and connected a glancing header for his first career goal.

Pines, who played at the University of Maryland before signing a homegrown contract with the club in 2019, said the goal meant “the world” to him. The energy from his goal thrust D.C. back into the restart attack as they immediately rushed back into Philadelphia territory.

The Union’s Alexandro Bedoya inadvertently smacked an attempted cross down with his hand in the penalty area. Referee Marcos DeOliveira called it a handball infraction and awarded United a penalty. Asad converted the spot-kick, giving D.C. a one-goal lead with 15 minutes remaining.

United resorted to playing defensively to maintain their advantage, but with three minutes remaining in regulation, Mark McKenzie crushed a shot from about 30 yards away for the game-tying goal. The ball received a deflection on its way into the goal, causing some of United’s players to be visibly upset after conceding.

“I could not ask for more in these past two games,” Ashton said. “They are giving everything they possibly have. There is no question how hard they are working; there is no question about their heart and desires. I am really proud of the group, and I thought, again, we should real character on the night.”

United dominated in shots (14-12) and saves (5-2) over Philadelphia, who sits in second place in the Eastern Conference. Improving on “integral details,” such as passing and regaining composure when taking a lead, Ashton said, are the next steps to making D.C. into a more competitive team going forward.

United travels to face FC Cincinnati Sunday. A victory would help put the club back in contention for postseason play. They currently sit seven points out of the final playoff spot.

“We can build off of this game,” Pines said. “This is a very good Philadelphia Union squad, and now we have positive vibes going to Cincinnati. Hopefully, we can get our heads straight throughout the week, and focus on what we are going to prepare for Cincinnati and beat them.”