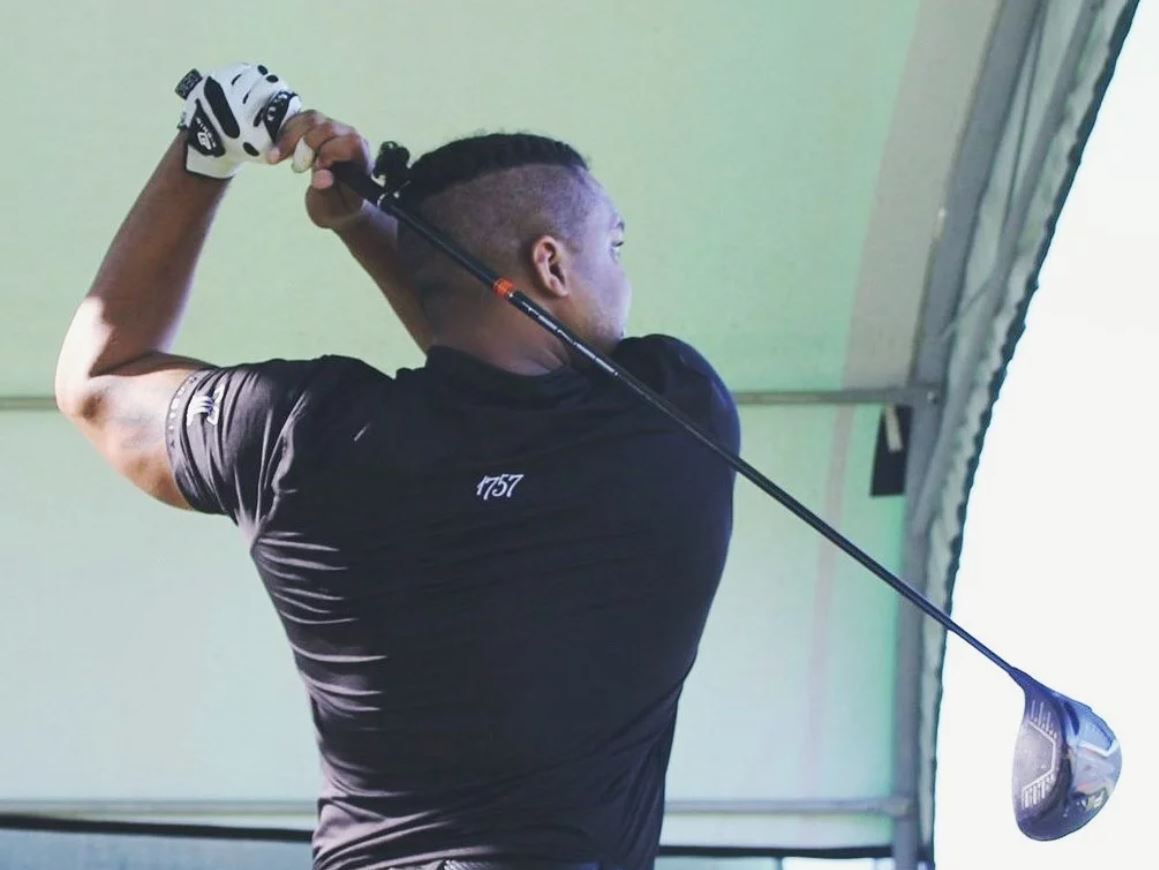 WASHINGTON – A truly exceptional DMV golfer will show off his skills during the first-annual Capital Long Drive Classic on Oct. 24, presented by Events DC held at East Potomac Golf Course in Washington, D.C.

History will be made as this will be the first-ever professional Golf Long Drive Competition brought to the district in a made-for-television event. This match will subsequently be aired on the Golf Channel during a future broadcast featuring local professional long drive competitor Josh Jackson.

Jackson is also a golf instructor in the area with a strong passion for the sport he started playing at the age of 12-years-old.

The son of former NFL All-Pro tackle John Jackson was a four-sport athlete in high school who then went on to show off his athleticism and versatility as a fullback at Eastern Kentucky University before transferring to HBCU Kentucky State University, where he played both on a football and golf scholarship.

“I ended up getting the No. 2 spot on the golf team,” Jackson said about his collegiate experience. “I only played two years there, but I ended up winning MVP the next year…I went all-conference the first year, and we had a decent finish in the minority PGA tournament.”

Though he loves the game to this day, Jackson had to deal with bouts of racism growing up playing in a sport dominated by White players.

“People will do it right to your face,” Jackson said about dealing with racism playing in a predominantly White sport. “Even when I was pursuing professional golf back in 2014, I’d show up to a course, and people would ask me if I’m a caddy.

It’s pretty ridiculous, of course, you know, it’s the way things are, but the more and more people speak up about it, the more that we make people aware of what people are doing and the more things can change.”

Knowing about the political landscape of what is going on with race relations in the country, Jackson wants to use this competition as a pedestal to introduce the game of golf to more African American children so they can create more diversity in the sport.

“It feels great. I couldn’t ask for a better opportunity to showcase what I’m able to do, but also represent Black golfers,” Jackson said. “It’s going to be huge because there are not that many Black golfers on tour. I think that it will be great for golf overall to showcase some people you wouldn’t normally see.”

Though he dealt with emotional adversity and is still conquering it to this day, he also suffered and persevered through a physical roadblock that could have cost him his career.

Jackson experienced Patellea Rupture injury in 2014, but he bounced back from recovery in 2017 and decided to become a long drive competitor.

“It took me a long time to get back to normal,” Jackson said about his rehabilitation process.

A year later, he added 17 MPH to his clubhead speed and logged a 402-yard drive during his first year of competition in 2019 and is currently No. 133 in the world rankings.

“Initially, when I tore my kneecap, it was not attached to my shin for a good amount of time before I had surgery,” Jackson said. “So I couldn’t swing a golf club, and then once they ended up repairing it, my muscles hadn’t been used for so long that I had to rebuild it from scratch.

It took me about until 2016 to even want to pick up a club. I didn’t even care to play golf anymore…I was just trying to get back to jog or even use my leg correctly. It was pretty bad, but everything ended up working out tremendously. You couldn’t of told me back in 2014 that I’d be doing anything like this.”

Despite all of the challenges that he’s faced, Jackson still cherishes the game and wants to play on the PGA Tour in the future, but he’s focused on winning this tournament now.

“I just gotta swing,” Jackson said about what he needs to do to win. “I need to swing my swing, launch the ball correctly, and make sure my spin rate is down. I’m focusing on that I’m putting enough power on the ball and making sure that my launch and my trajectory are intact because that will be huge.”