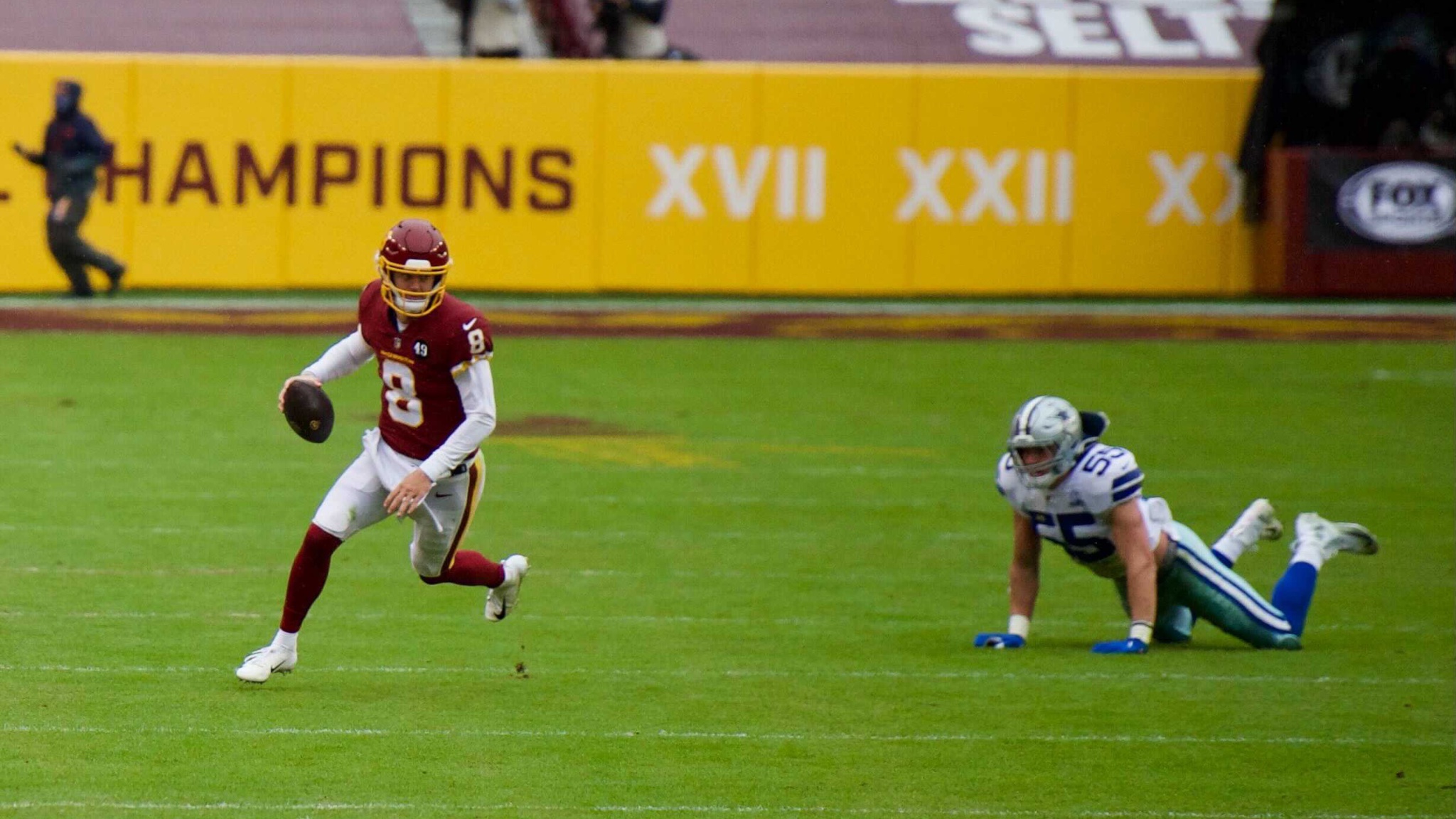 LANDOVER – On a five-game losing streak, the Washington Football Team looked to get back to their winning ways at home against the struggling Dallas Cowboys, who lost three of their last four matches.

Thanks to the quarterback play of Kyle Allen and the defense only surrendering 142 total yards, Washington earned a key 25-3 victory over their NFC East rivals Sunday.

On Washington’s opening possession, Allen drove his offense down the field and initially threw a two-yard touchdown pass to wide receiver Terry McLaurin. However, a replay review reversed the decision, leaving Washington at the 1-yard line. Allen attempted a quarterback sneak on 4th and goal but was stopped at the goal line.

However, on Dallas’s ensuing possession deep inside their territory, quarterback Andy Dalton was stripped of the ball by Washington safety Landon Collins. Tight end Dalton Schultz recovered the ball in his own end zone but was quickly tackled by the defense for a safety, putting Washington up 2-0.

Washington (2-5) proceeded to go on a seven-play, 63-yard drive that resulted in running back Antonio Gibson running up the middle for a 12-yard touchdown to put the home team up by nine points late in the first quarter.

After a strong start from Washington, Cowboys receiver Tony Pollard took the ensuing kickoff 67 yards to the 34-yard line. A three-and-out forced Dallas (2-5) to kick a field goal, cutting the deficit to 9-3.

Five minutes into the second quarter, Allen tossed a 52-yard pass to McLaurin, who beat Cowboys cornerback Trevon Diggs to the ball, to score Washington’s second touchdown. The two players had a small altercation after the play and needed to be separated.

“I’m a competitive person as well,” said McLaurin. “For the most part, I’m pretty calm throughout the game, but he poked at me a little bit. It ups my game and my energy a little bit more.”

Later in the first half, Allen led Washington to another lengthy possession, a 10-play, 60-yard drive, before connecting with tight end Logan Thomas for a 15-yard score, extending the rout to 22-3.

Moments before halftime, Dallas’s offense prepared for one last attack towards the end zone. Dalton attempted a pass to running back Ezekiel Elliott, but the ball bounced off Elliott’s hands.

Washington linebacker Cole Holcomb quickly reacted and jumped at the loose ball for the interception, as the home team led comfortably at the half.

Midway through the third quarter, Dalton ran outside the pocket for several yards and attempted to end his run with a quarterback slide.

On his way down, he was hit with a helmet-to-helmet tackle by Washington linebacker Jon Bostic, knocking him out of the game with a head injury. Bostic was ejected after the illegal hit.

Ben DiNucci, a 2020 seventh-round pick out of James Madison University, replaced Dalton at quarterback for Dallas and finished 2 of 3 for 39 passing yards.

The only score in the entire second half came as Washington kicker Dustin Hopkins nailed a 30-yard field goal early in the fourth quarter.

Washington’s defense had an incredible day with six sacks and one interception while allowing only three points, 59 passing yards, and 83 rushing yards.

“The past weeks, we’ve played really well in spurts, and then we’re finally starting to get to a more consistent basis with the team,” Holcomb said. “When we’re firing on all cylinders, we can be a good team.”

Washington will have a bye week this upcoming weekend and return to action against the New York Giants at home on Nov. 8 at 1:00 p.m.