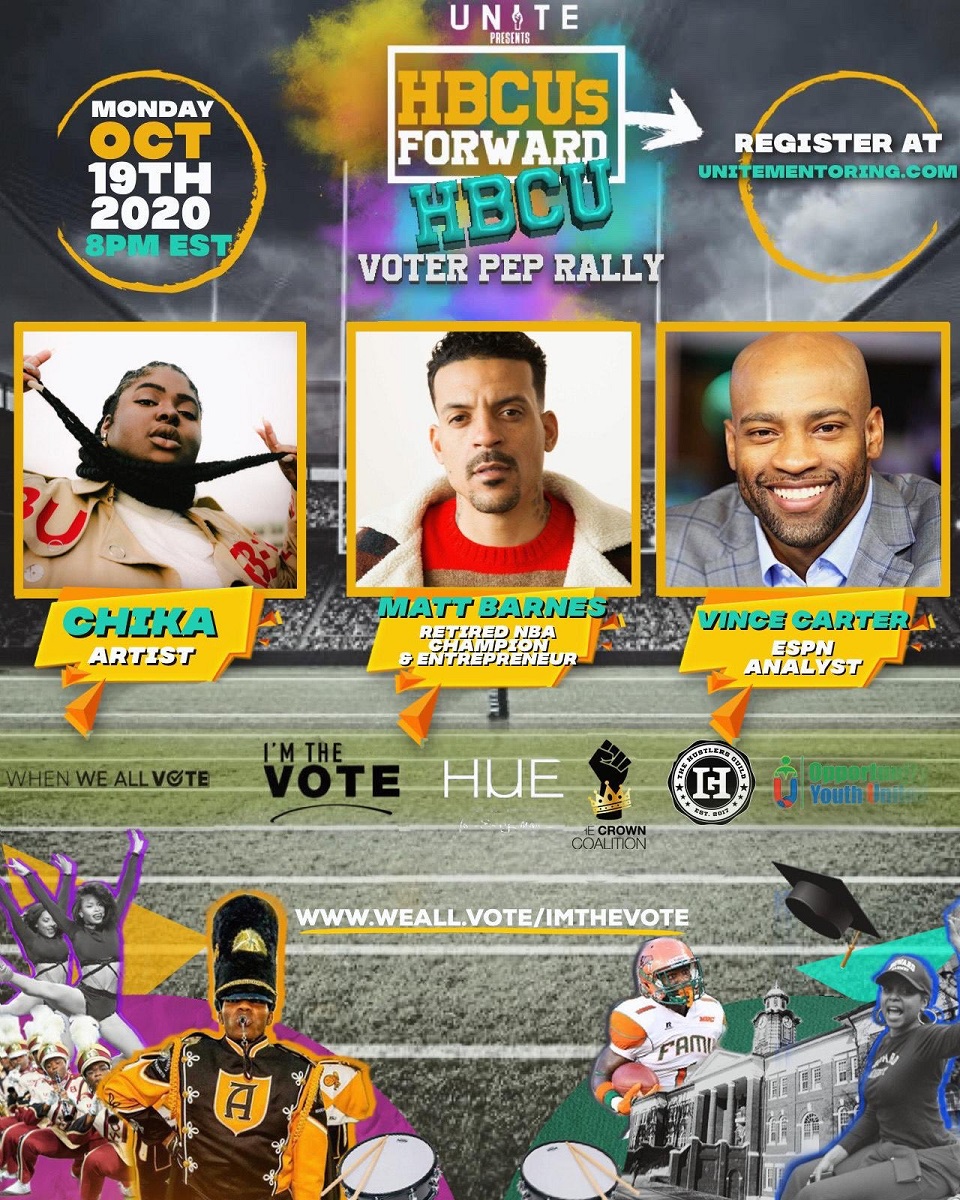 The Hustlers Guild (HG) blends technology and hip hop to provide yearlong vocational/college readiness and social-emotional learning for youth from ages 10-24. Through partnerships and culturally relevant programs, the organization promotes learning, extends access, and builds opportunities so that young people and their communities can thrive.

Students in attendance had the opportunity to engage in conversation and asked questions about specific voting strategies.

Paul was impressed with the campaign and reflected on how personal outreach he has made a difference and encouraged students to push others in their communities to vote.

“Understand the importance of your voice,” Paul said. “Challenge your homies. Challenge your friends (to vote)…We have to keep doing things like this.”

Carter urged the community to come together so that the impact of the voting period is immense.

“There is strength in numbers,” said the 22-year NBA veteran and 8-time NBA All-Star. “That’s why you see these guys- Lebron, CP3 and Barnes – doing what they’re doing. It doesn’t matter the size of your platform. Somebody will see it.”

In September, The Hustlers Guild worked with Barnes to educate 250,000 students nationwide about the voting process. The organization hopes to increase voting in communities that have historically low voter turnout.

“In just a few weeks, people in our communities will have a chance to make their voices heard. We want to make sure that they have created a voting plan and are out there encouraging others in their community,” said Yasmin Salina, Co-Founder and Executive Director of The Hustlers Guild. “Making informed voting decisions is extremely crucial.”