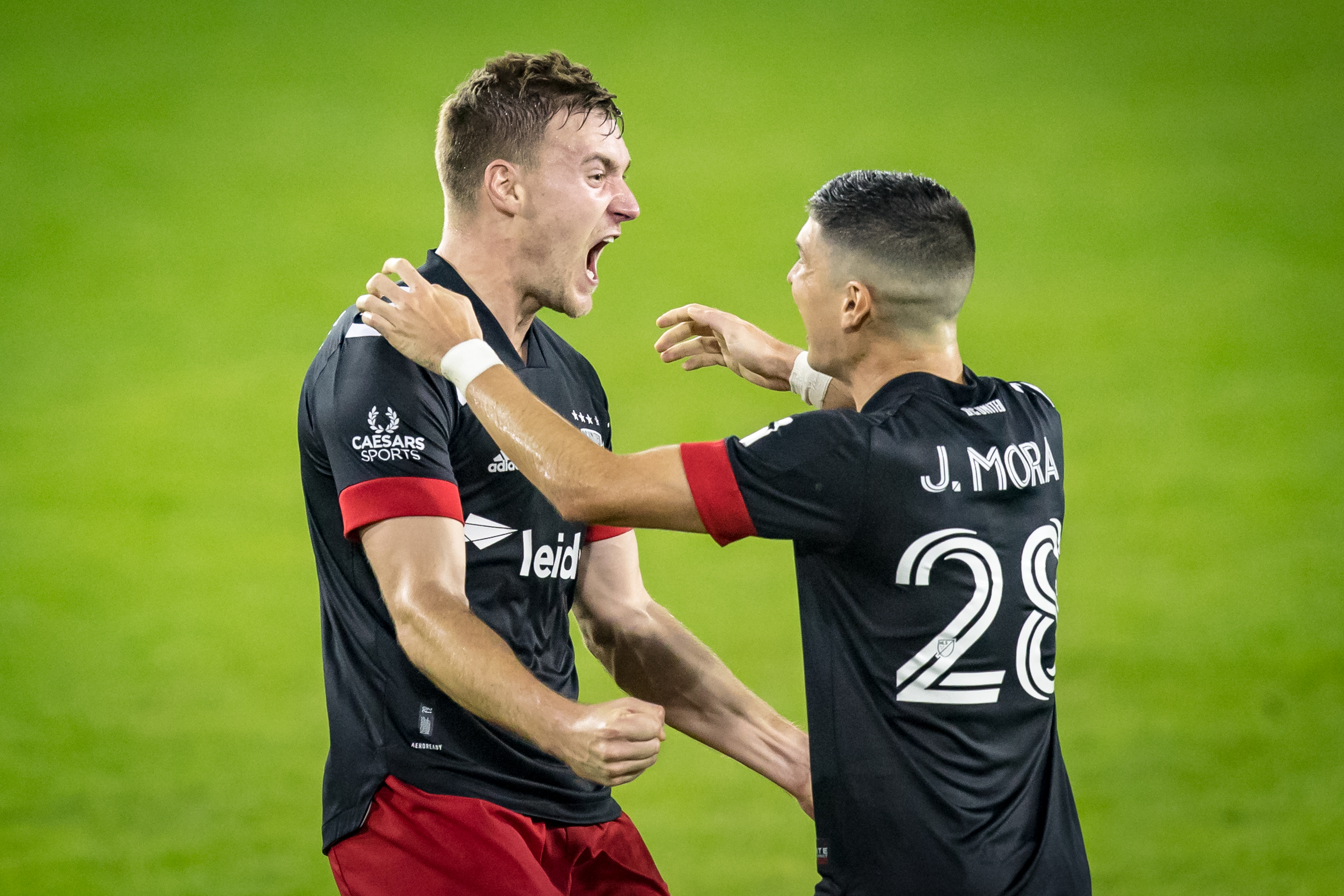 WASHINGTON – D.C. United is back in the hunt for one of the two final playoff spots in the Eastern Conference after defeating Columbus Crew SC 1-0 Wednesday.

The victory, United’s third straight, keeps them tied with the Chicago Fire and Inter Miami for the tenth and final playoff spot and two points behind Montreal in ninth place.

After going on a five-game winless streak in September and firing Ben Olsen as head coach, the Black and Red (5-10-6, 21 points) are unbeaten in their last four games.

Midfielder Julian Gressel (who scored the game’s lone goal in the 32nd minute) said that the team’s morale is high after earning results and embracing their role as the underdogs in the playoff race.

“I feel like everyone kind of forgot about us, and here we are,” Gressel said. “We have embraced that for the last couple of weeks, and we are going to continue to do that and put ourselves in the best spot possible.”

United started the game strong will multiple strikes on goal, including a header by Gelmin Rivas off a corner kick that flew away from the far goal post.

Midway through the first half, United restarted their attack with multiple intricate passes before Edison Flores sent a slicing pass to teammate Yamil Asad towards the corner kick flag.

The Argentine midfielder quickly fired a low cross to Gressel, who took a small touch before launching a right-footed shot for the goal.

While his attempt was slightly redirected after hitting a Columbus defender mid-flight, Gressel gave his teammates credit for starting up the goalscoring sequence.

“It’s a really good touch from [Flores] to put Yamil in behind, and Yamil lifted his head, sees me trailing a bit and open, and what a pass from him,” Gressel said. “I get a little lucky with the deflection but ultimately, a really good team goal.”

Columbus threatened to score multiple times in the second half, but United’s defense stood firm. Striker Krisztián Németh thought he scored when his near post header rose over goalkeeper Bill Hamid. Instead, it went over the crossbar, hitting the upper netting.

Toward the end of the match, United employed several time-wasting tactics, including slowly getting up after fouls and holding on ball possession to kill off the game.

Defender Donovan Pines said they expected the visitors to play with a more possession-based strategy. Still, with the multiple duels in the air and 28 total fouls, time-wasting became easier to employ.

“I thought it would be more of an open game,” Pines said. “I thought we were going to play more, which we did, and that there wasn’t going to be a lot of fouls. But we capitalized on the fouls that we had to make sure that we digress the time and make sure that we make the most of the time to our advantage.”

After earning their first shutout win since Sept. 6, United will prepare to travel to face New England on Sunday. The Revolution have won two of their three meetings this year, including both games at Audi Field.

However, if they want to keep their playoff hopes alive, they must continue “clawing our way” up the standings, interim head coach Chad Ashton said.

“This time of year, that’s what this is about, finding a way to get results,” Ashton said. “We are gaining momentum; we are gaining confidence, and I think our guys are starting to realize that something good is going to happen and not waiting for it for something bad to happen. They are figuring out ways to make something good happen.”