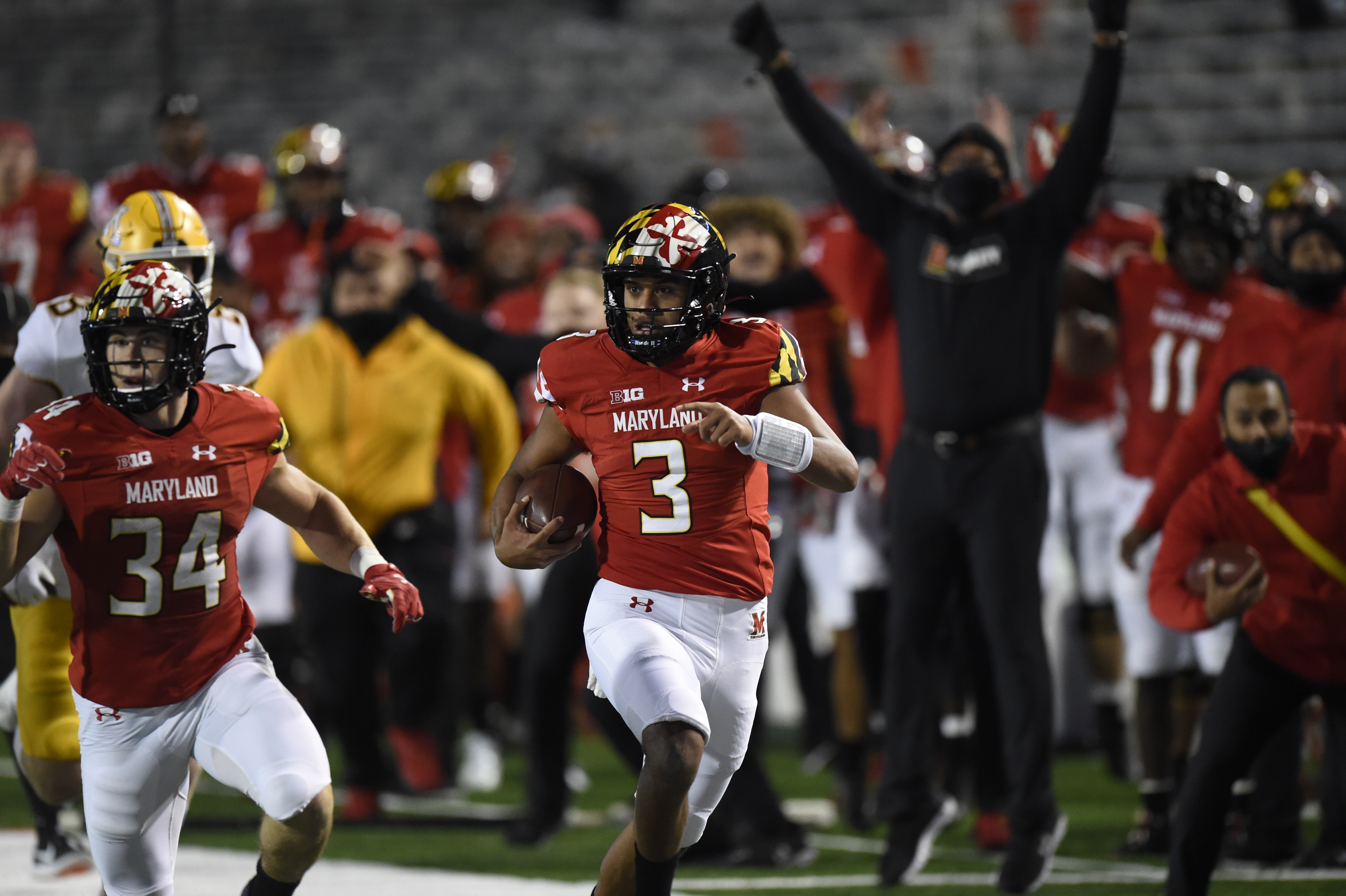 COLLEGE PARK – The University of Maryland football team returned to College Park Friday, looking to avenge a throttling loss at Northwestern last week. The Terrapins were also looking to avoid their first 0-2 start in the Big Ten since 2015.

Against Minnesota, Maryland brought a renewed energy and excitement on the offensive side and battle back from a 17-point deficit to send the game into overtime. An untimely miscue by the Golden Gophers would benefit the home team as the Terrapins came away with the stunning 45-44 victory.

The victory was the first time in school history that Maryland (1-1) won after trailing by 17 points in the fourth quarter.

In his second start under center, Taulia Tagovailoa because the first quarterback in Terps history to throw for 300 yards since Caleb Rowe completed the feat in 2013. The sophomore finished with 394 passing yards, 75 rushing yards and five total touchdowns.

“It feels good to get a win,” Maryland head coach Mike Locksley said. “These players have been through so much. With all the things and adversity this team has faced, it’s great and rewarding for them to be able to feel what success feels like.”

Despite starting the game with a fumbled kickoff recovery, Maryland recovered in time for a robust first drive. Tagovailoa rushed for 25 yards and completed 5 out of 6 passes, ending with an 8-yard touchdown throw to Jake Funk for their first touchdown of the season.

The early offense for Maryland continued in the first quarter. After their defense forced a three and out in Minnesota’s first possession, Tagovailoa only needed three plays to shine again.

This time, the Hawaii native dodged two Golden Gopher defenders before completing a 39-yard rush for the touchdown to give Maryland a 14-point lead.

After an eight-play drive resulted in a Brock Walker touchdown for Minnesota, Tagovailoa responded with one play, launching a deep pass to Jeshaun Jones for a 76-yard touchdown.

Minnesota (0-2) answered back right away, scoring 21 unanswered points in the second quarter. Mohamed Ibrahim’s 1-yard touchdown, his fourth of the game, with 2:46 remaining before halftime gave the visitors a 28-21 lead.

They scored an additional 10 unanswered points to take a 38-21 advantage into the fourth quarter.

Despite being outscored 31-0 over two quarters, Maryland continued to show fight. They broke out of the offensive lull when Tagovailoa connected with Dontay Demus Jr. for a 15-yard touchdown pass to cut the deficit to 10 points.

After a stop by the Maryland defense, Joseph Petrino connected on a 51-yard field goal to cut the deficit down to 7 points with over 7 minutes remaining.

In their next offensive possession, it would be Funk, a Damascus High School product, to assist with the comeback.

The redshirt senior pounded his way for 31 yards to get into Minnesota territory. Two plays later, Funk rushed through for a 19-yard carry for the game-tying touchdown with less than four minutes left in the game. He rushed for career-best 221 yards, adding to Maryland’s offensive output.

“The five linemen up front did a great job and the tight end too with blocking and the receivers down the field,” said Funk, who missed most of the 2019 season with a torn ACL. “It was a collective team effort. I am just the one who gets credit for the rushing yards.”

With the ball to open the overtime period, Maryland needed five plays to regain their lead, scoring on a two-yard rush by Tagovailoa. Minnesota answered with a two-yard rushing touchdown by Seth Green.

Maryland will face another stiff challenge when they travel to face rivals Penn State on Nov. 7 at 3:30 p.m.