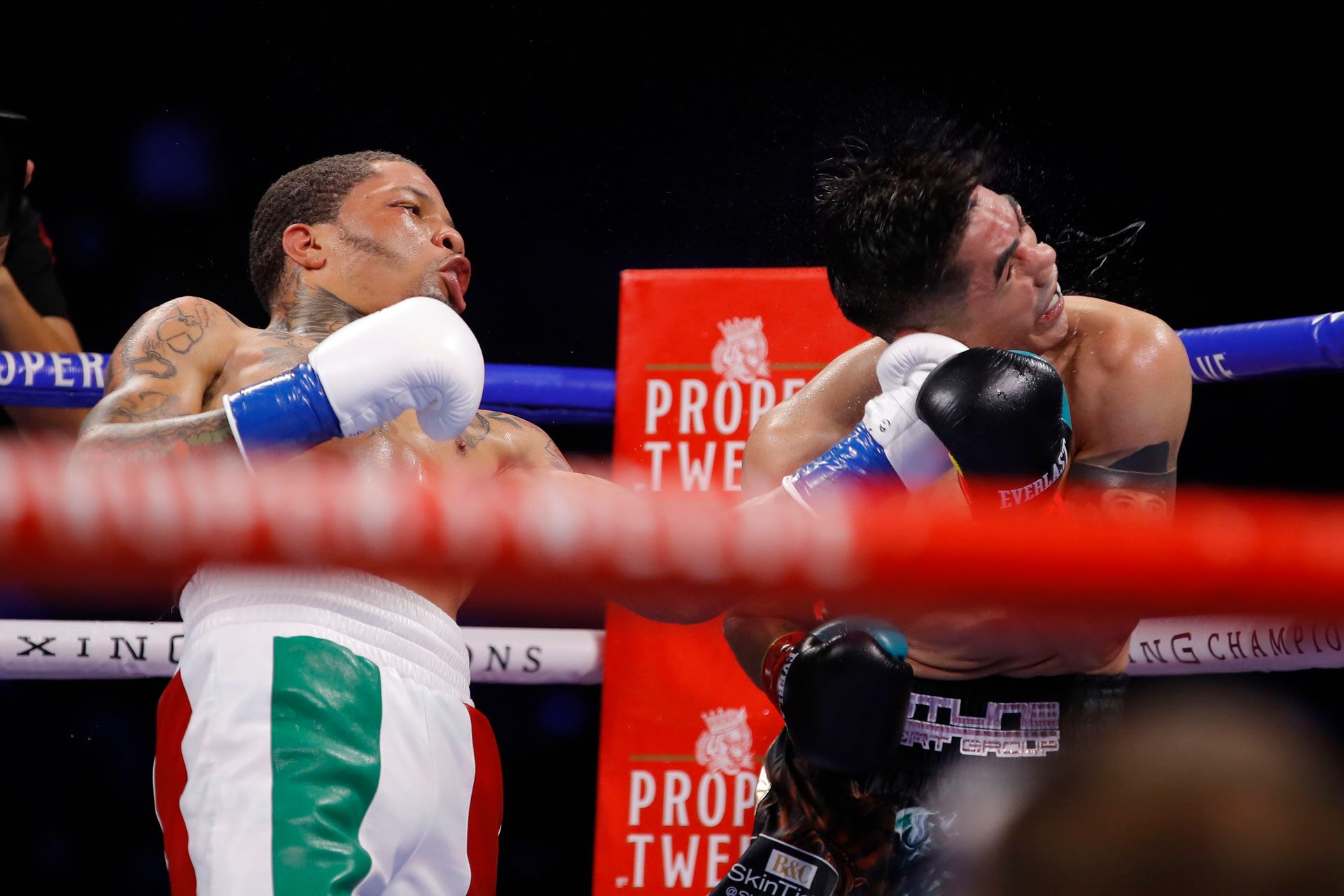 Davis is always locked and loaded as he looks to use his knockout power to crush his opponents from the opening bell. Cruz is tall and lean but can throw a quick jab with sharp combinations throughout his fights.

Their contrast of styles converged with 2:40 left in the sixth round of their main event fight Saturday in the Alamodome in San Antonio, Texas. Santa Cruz was on the ropes, trying to punch his way out until Davis landed a roundhouse uppercut, causing his opponent to quickly hit the canvas.

Davis (24-0, 23 KOs), a Baltimore native, also defended his WBA World Lightweight Title with the victory, winning only the third fight since the 1930s for two weight class belts.

“The uppercut wasn’t the key coming into the fight, but I adapted to what he was doing,” said Davis.  “I knew he was taller, and he was crouching down and moving forward. I tried to jab and make him run into a shot. He was right there for it. There was nowhere for him to go.”

Santa Cruz (37-2-1) is the most decorated fighter Davis faced to date. The Mexican has held multiple championship belts and rumored to be the next to face Gary Russell Jr. to unify the WBA and the WBC featherweight titles.

During the second round, Davis took Santa Cruz by the shoulder and threw him to the canvas. Ramos had a shouting match with Davis, issuing him a warning before the fight continued.

All three judges scored the fight 48-47 in favor of Santa Cruz before the sixth-round knockout. Even in the final round, he looked dominated, but Davis’ uppercut came in time, leading to immediate praise from fellow fighters and fans.

Davis is promoted by former boxer Floyd Mayweather and Mayweather Promotions. With another win for his protégé, the former world champion said he is excited to see Davis’ potential rise to the top of the boxing world.

“I want Tank to do better than I ever did,” Mayweather said. “I want him to be a pay-per-view star.”