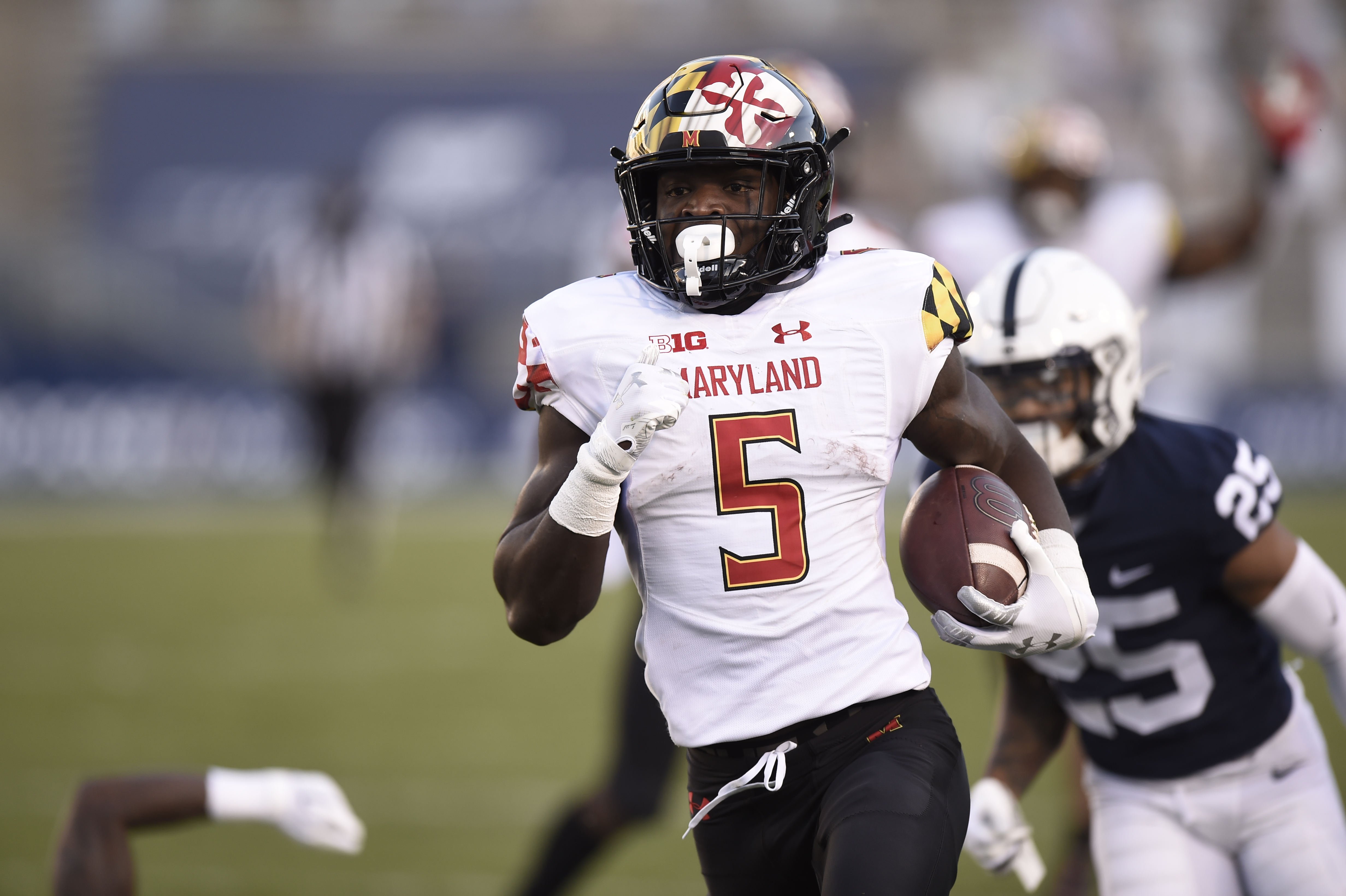 Coming off a come-from-behind victory over Minnesota, the University of Maryland football team traveled to Centre County, Pennsylvania, Saturday to take on winless Penn State.

The momentum from last week’s victory carried over in a colossal fashion as the Terrapins knocked out their regional rivals for the first time since 2015 with a 35-19 victory.

“I feel like our offense, as well as our defense, is finding a rhythm,” said Tagovailoa. “If we continue to practice hard, do the extra stuff and continue to play as a team, we will get the result we want.”

Tagovailoa utilized the clock in the first half, leading Maryland to a touchdown drive in the opening seconds of the game and again in the second quarter.

For the Terps’ first score, he connected with Rakim Jarrett (St. John’s Catholic High School) on a slant route, which resulted in a 42-yard touchdown. The score marked the first career college touchdown for the five-star freshman wide receiver from Washington, D.C.

It didn’t take long for Jarrett to get involved again, as Tagovailoa found him for a 62-yard touchdown to give Maryland a 14-0 lead in the first quarter. Jarrett finished the day leading all Maryland receivers with 144 receiving on five receptions.

“I expected everything that [Jarrett’s] showing right now,” fellow receiver Dontay Demus said. “He’s that type of guy, and I expected him to come in and work hard, and that’s what he’s showing.”

Maryland (2-1) also utilized the running game through Jake Funk, who had a breakout performance last week with over 200 rushing yards. While he only rushed for 80 yards against Penn State, he contributed to the Terrapins scoring output in the second quarter with a 38-yard rushing touchdown to extend the lead to 21-0.

Penn State (0-3) finally got on the scoreboard midway through the second quarter when Jahan Dotson completed a 20-yard touchdown reception to end a 10-play drive.

Before the end of the first half, Maryland completed a six-play drive of its own in less than a minute, capping it off with Tagovailoa connecting to a wide-open Demus for a 34-yard touchdown catch.

Maryland’s 28-point output in the first half proved sufficient as its defense continued its dominating play throughout the second half.

In the third quarter’s opening drive, safety Nick Cross forced Penn State quarterback Sean Clifford to fumble the ball during a sack. Terrapins linebacker Chance Campbell received the loose ball and carried it 34 yards to the end zone to make 34-7.

Penn State cut into the Maryland lead in the fourth quarter with a pair of touchdowns but missed 2-point conversions and three forced turnovers prevented the Nittany Lions from making a comeback.

Maryland defensive back Kenny Bennett posted his first career college interception while Cross recorded his second interception of the season.

“When we all play together and play fast and physical, we are a really good defense,” Cross, who led Maryland with eight total tackles, said.

Next week, Maryland will travel back home to take on Ohio State at 3:30 p.m. ET. The Buckeyes have won all six encounters against the Terrapins dating back to 2014, outscoring Maryland, 350-134.