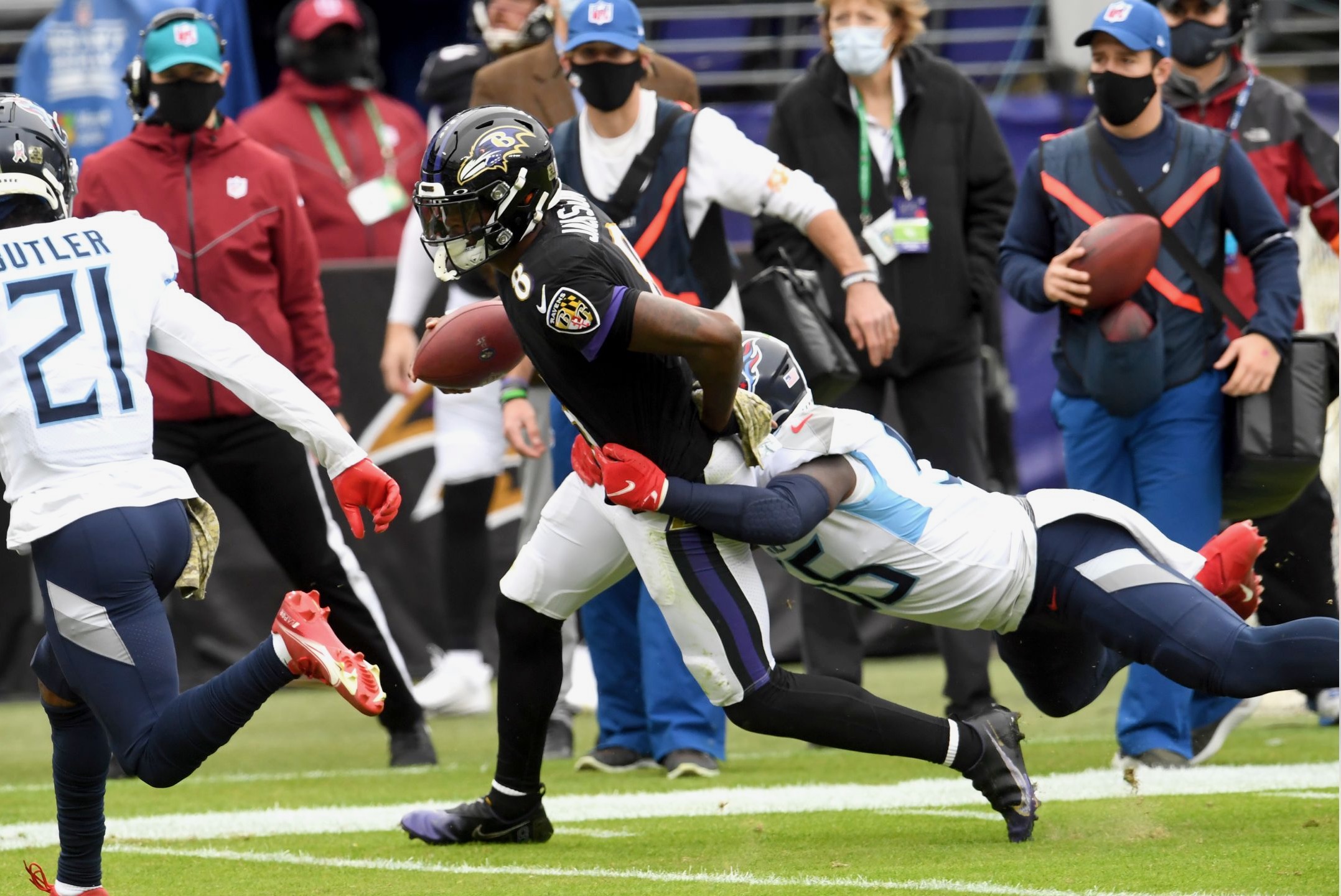 BALTIMORE – The Baltimore Ravens entered Sunday 23-1 during the Lamar Jackson era when leading at halftime.

Such history served insignificant against the Tennessee Titans. The visitors scored 14 unanswered points in the second half, while Derrick Henry plowed his way to convert the game-winning touchdown, defeating Baltimore 30-24 in overtime.

Both teams last faced off in the AFC playoffs in January when Tennessee also earned a 28-23 victory.

The remaining tension from their last encounter was apparent before kickoff as Baltimore head coach John Harbaugh and Tennessee cornerback Malcolm Butler exchanged words before being separated.

In their home first game since fans were barred from attending due to coronavirus concerns, Baltimore was already down as Tennessee quarterback Ryan Tannehill connected with Jonnu Smith for an early one-yard touchdown.

Baltimore answered in the subsequent offensive drives with a pair of field goals by Justin Tucker. Meanwhile, their defense did its part to contribute. During one series, linebacker Patrick Queen pressured Tannehill, forcing an errant pass, which was intercepted by Tyus Bowser.

Trailing 7-6 with just over five minutes left in the first half, the Ravens drove down the field in less than five minutes before handing the ball off to J.K. Dobbins for the 1-yard touchdown run to give Baltimore its first lead of the game. Dobbins also caught a Jackson pass in the end zone for the 2-point conversion to make it 14-7.

Just before halftime, Tennessee scored on a 40-yard field goal to cut the deficit to four points.

Coming out of the locker room, Baltimore did not take long before extending their lead as Jackson found with tight end Mark Andrews wide open on a 31-yard pass for the touchdown.

Despite a 21-10 lead in the third quarter, Baltimore struggled to keep Tennessee’s offense off the field. First, the Titans converted a pair of field goals to get within four points. With seven minutes remaining in the game, Tennessee completed a 10-play drive in five minutes.

Capped the series off was a 14-yard touchdown pass to A.J. Brown and a Tannehill run for the 2-point conversion to tie the game with 2:18 left on the game clock.

“We did great through the third quarter,” Queen said. “We’ve been preaching this whole time that we have to finish the whole game. We just can’t have a quarter here or a quarter there – can’t have a half [here or there]. We’ve got to play all four quarters and dominate.”

After Tennessee marched down the field to score 14 unanswered points, Jackson blended in quarterback scrambles with short passes to get Baltimore in field goal range before time expired. Tucker converted a 29-yard field goal to force overtime.

Baltimore had a chance to redeem themselves by winning the coin toss and bringing their offensive back on the field first. However, a 9-yard sack on second down forced the Ravens back and, ultimately, punt on the possession.

The Titans needed two minutes to get in field goal range, but Henry stole the show. The running back crossed past several Ravens defenders for a game-winning 29-yard rushing touchdown.

Jackson struggled all game long, posting a passer rating of 74.8, which marks the sixth consecutive game with a sub-100 rating. He completed 17 of 29 passes for 186 yards and rushed for 51 yards.

“We’ve just got to finish,” said Jackson. “It’s the little things on tape where it’s like, we could have put them away.”

With the loss, accompanied by the Cleveland Browns and the Pittsburgh Steelers earning victories, the Ravens fall to third place in the AFC North. They face a short rest week as Baltimore faces undefeated Pittsburgh (10-0) on Thanksgiving night.