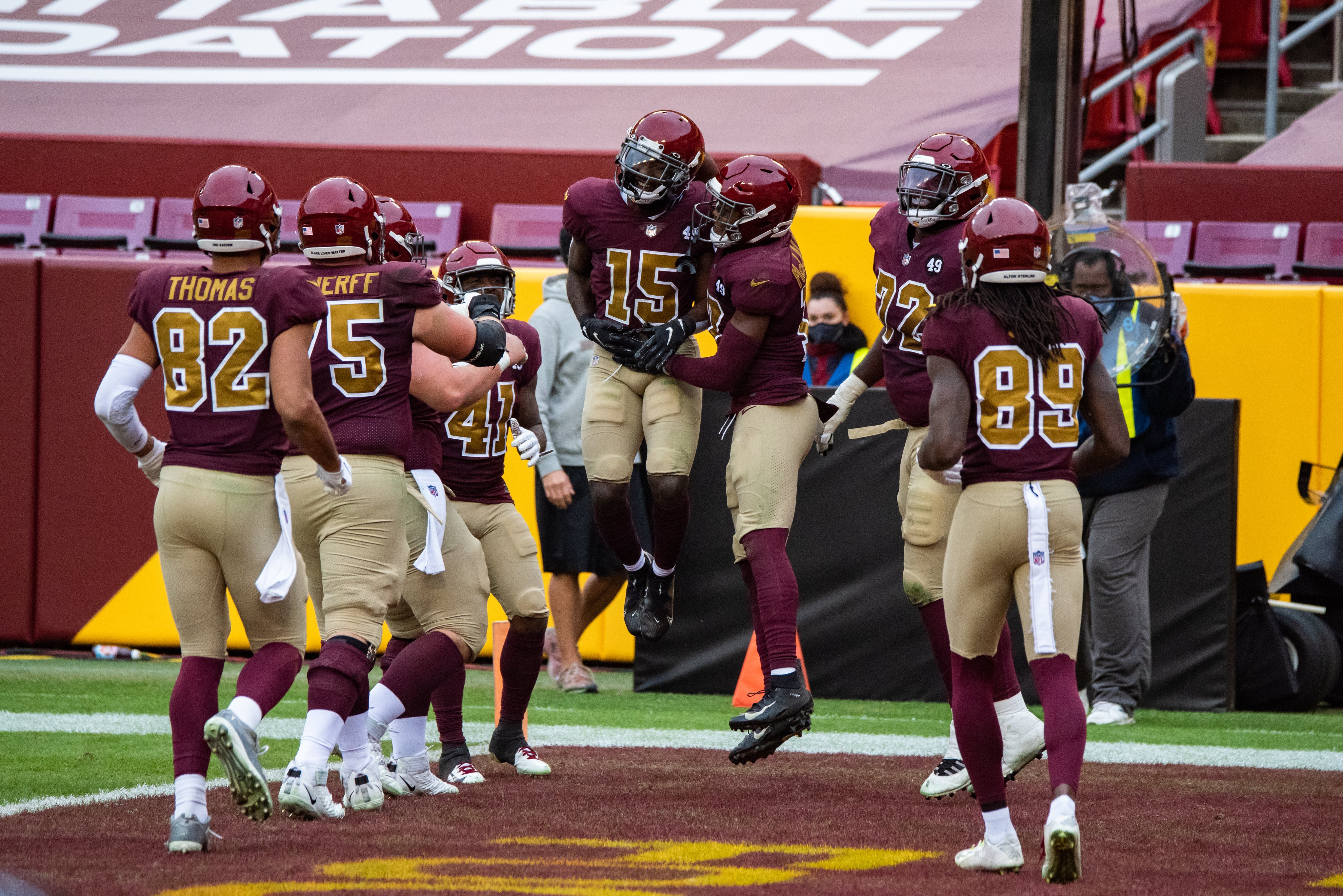 LANDOVER — Sunday afternoon’s contest between the Washington Football Team and Cincinnati Bengals was one to watch as 2020 No. 2 draft pick Chase Young faced off against No. 1 pick Joe Burrow.

It wasn’t easy, but the Washington defense was able to step up in tough spots while quarterback Alex Smith got his first NFL victory since 2018 as the Burgundy and Gold took care of Cincinnati 20-9.

“It was another step I never thought I would be able to do again,” said Smith. “It’s a whole other deal to play winning football as a starter.”

However, this game’s highlight was a somber one, as Burrow suffered a torn ACL in his left knee after taking a hit from Washington defensive end Jonathan Allen early in the third quarter and had to be carted off the field.

“Just unfortunate to see a young man like Joe get hurt,” said Washington Football Team head coach Ron Rivera. “He’s a heck of a football player, and we know he’ll be back.”

After a missed field goal from Bengals kicker Randy Bullock, Washington capitalized on their ensuing eight-play, 76-yard drive, as Smith led his team to the Cincinnati one-yard-line to set up running back Antonio Gibson for a 1-yard rushing touchdown for the 7-0 lead late in the first quarter.

Early in the second quarter, Burrow attempted to dive into the end zone but was laid out hard by Young, and the ball was knocked loose, causing a frenzy with cornerback Ronald Darby recovering the ball in the end zone for the touchback.

The Bengals did bounce back on their next drive later in the quarter when the offense drove the ball 68 yards and Burrow connected with veteran wide receiver A.J. Green for the 5-yard score, but a missed extra point kept the deficit 7-6.

Late in the first half, Cincinnati soon took the lead on a nine-play, 41-yard drive where Bullock finally made a kick, as his 53-yard field goal split the uprights to give the Bengals a 9-7 lead.

Washington attempted to take back the lead on their ensuing drive, but Smith’s pass was tipped and intercepted by Cincinnati safety Jessie Bates III near midfield.

Early in the third quarter, Burrow went down with the horrific injury, which led to Ryan Finley stepping in at quarterback for the Bengals but failing to move the ball forward much.

The rest of the Burgundy and Gold’s points came off the leg of kicker Dustin Hopkins, as he nailed a 32-yard field goal later in the third and a 50-yarder in the fourth.

Smith was solid passing-wise on the afternoon, as he went 17 of 25 for 166 yards and a touchdown.

However, Washington’s defense also provided contributions towards the victory. They sacked Finley four times, intercepted him courtesy of safety Fabian Moreau late in the game, and recovered that fumble in the first half.

“We went out there with more emotion,” said Young. “I feel like we had a lot more fun playing ball, just together as a group.”

Washington improves to 3-7 and will head over to Dallas to face the 3-7 Cowboys this Thursday on Thanksgiving Day at 4:30 p.m. in a battle for first place in the NFC East.