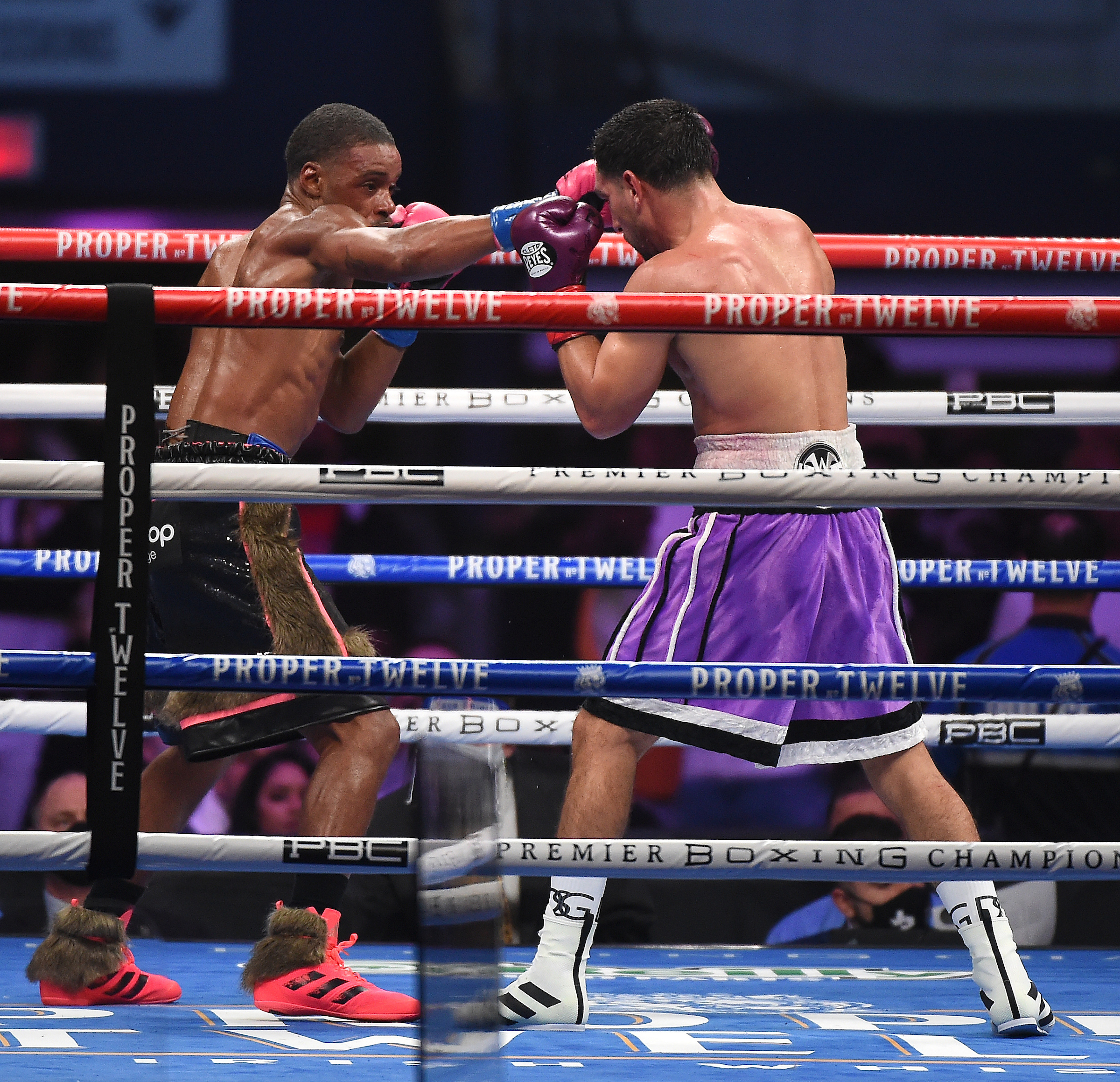 HYATTSVILLE – Errol Spence Jr. was thrown out of his car, hitting the ground on his head, after a high-speed car crash on Oct. 10, 2019. The accident kept him out of the ring for 434 days.

The boxing world stayed on edge for Spence’s comeback fight until he chose to take on Danny Garcia, a former two-division champion, as his opponent. Instead of selecting a tune-up fight, the welterweight champion said facing someone competitive was the best way to make his presence known in the division.

“I wanted to fight a great fighter like Danny Garcia, who I know would give me a fight,” Spence said. “That is what made me work [during] training camp.”

Spence (27-0) backed up his decision and dominated Garcia to win on unanimous decision to retain his WBC and IBF welterweight belts in Arlington, Texas, Saturday night.

Spence, 30, wasted no time in getting in Garcia’s face, pressuring his opponent with a relentless jab. He stayed in his opponent’s face while cutting off parts of the ring, traits reminiscent of his pre-accident fights. Garcia, 32, was unable to counter Spence’s calculated punches and overall ring presence.

“He was the better man tonight, no excuses”, said Garcia. “I fought a hard, tough fight. He had a great jab. His jab was rangy and threw my timing off a bit. It’s the only thing I had trouble adjusting to.”

The few rounds that Spence did lose were to bring his stamina and catch his wind back before returning with a barrage of punches. One of those strikes cut Garcia (32-3) around his left eye, but it did not affect his vision to stop the fight. Instead, the Philadelphia, Pennsylvania, native used his counterpunching to mount a late comeback but already too late.

The welterweight division is considered one of the sport’s glamour divisions. Already holding two belts, Spence’s next fight could see the Long Island, New York, native adding the WBO title to his collection if he fights Bud Crawford. He could also face famed boxer Manny Pacquiao, who holds the WBA belt.

Until then, the champion plans to enjoy his return before getting back into the gym for his next fight.

“It’s surreal,” Spence said. “After my accident and the year and a half layoff, I did pretty good. I had some ring rust, and I got a little tired, but I shook off some cobwebs, and I think I will be ready to fight in the summertime.”