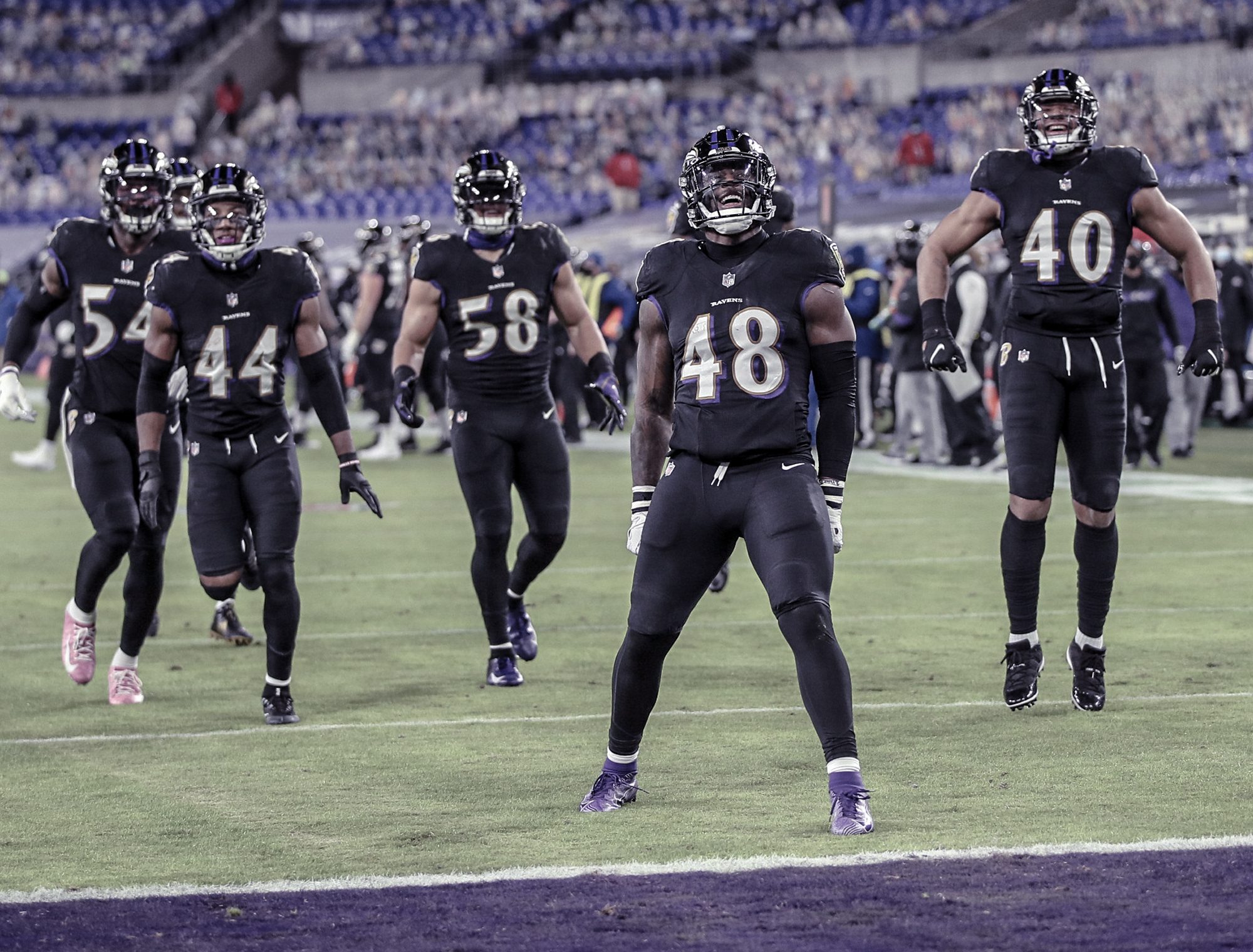 BALTIMORE – The return of quarterback Lamar Jackson and running backs J.K. Dobbins and Mark Ingram helped produce 294 rushing yards for the Baltimore Ravens as they rolled past the Dallas Cowboys 34-17 Tuesday night.

The win is a sigh of relief to Baltimore, who were coming off an underwhelming showing against the Pittsburgh Steelers last Wednesday with a shortened roster following a COVID-19 outbreak within their locker room. Originally scheduled to play the Cowboys on Sunday, the Ravens expected to play a more rested rival without any pandemic-related issues.

However, the coronavirus spread continued to attack the Baltimore roster as wide receiver Dez Bryant was pulled off the field during pregame warmups after receiving news of a positive test. The matchup would have served as Bryant’s first game against Dallas since the team released him in 2018.

In Baltimore’s opening drive, Jackson threw an interception, his seventh of the season, surpassing his total of six during his MVP 2019 regular season.

After Dallas (3-9) converted a 31-yard field goal to take an early lead, Baltimore did not take long to respond. Facing a 4th and 2 on the Cowboys’ 37-yard line, Baltimore waved off their special teams unit, electing to go for it. The result turned to Jackson running through the middle of the defense untouched for the touchdown.

“The one thing you do know about Lamar: You’re going to get everything he’s got,” head coach John Harbaugh said. “That’s all you can ask for.”

A 66-yard kickoff return by Tony Pollard helped set up a 13-yard touchdown pass from quarterback Andy Dalton to Michael Gallup to give Dallas a 10-7 lead. A rare 36-yard field goal miss by kicker Justin Tucker gave the Cowboys positive vibes midway through the second quarter.

It would be the last time the game would go Dallas’ way.

The tide quickly turned as a batted ball by Baltimore nose tackle Brandon Williams resulted in Patrick Queen’s first NFL interception. On the next play, Baltimore regained the lead when Jackson connected with an open Miles Boykin for a 38-yard touchdown score.

“Without [Williams], I wouldn’t have made that play, and we wouldn’t have had the momentum we had,” said Queen. “It all started with him up front.”

The Ravens didn’t look back, as they converted a 35-yard field goal to extend the lead to 17-10 to close out the half. Dallas remained scoreless in the third quarter as a result of a pair of missed field goals.

Those miscues gave the Ravens good field possession to strike back. First, Jackson found Marquise Brown for an over-the-shoulder 20-yard pass into the end zone for the touchdown.

Dallas finished a 75-yard drive on a 2-yard touchdown run by Amari Cooper midway through the fourth quarter. However, Baltimore delivered the final blow. After recovering an onside kick, the Ravens drove down the field with only rushing plays to cap off their excellent day with a J.K. Dobbins’ 5-yard touchdown run.

Dobbins rushed for 71 yards on the ground, but it was surpassed by Jackson (94 yards) and Gus Edwards (101 yards). With the high usage of the rushing attack, Jackson finished 12 of 17 passing for 107 yards in his return.

For Bryant, his future remains in question for the 2020 season. He hinted in a tweet that his season was over. However, his brief tenure with Baltimore thus far has motivated his Ravens teammates.

“We had to win that game for him because we knew how much it meant to him,” said Jackson.

With the victory, Baltimore ended a three-game losing streak and improved their playoff odds with four games left.

The Ravens (7-5) will quickly regroup to take on the Cleveland Browns (9-3) on the road on Monday night. The Ravens defeated the Browns in Week One, 38-6, but Cleveland has shown improvement throughout the season as they have won their last four games.