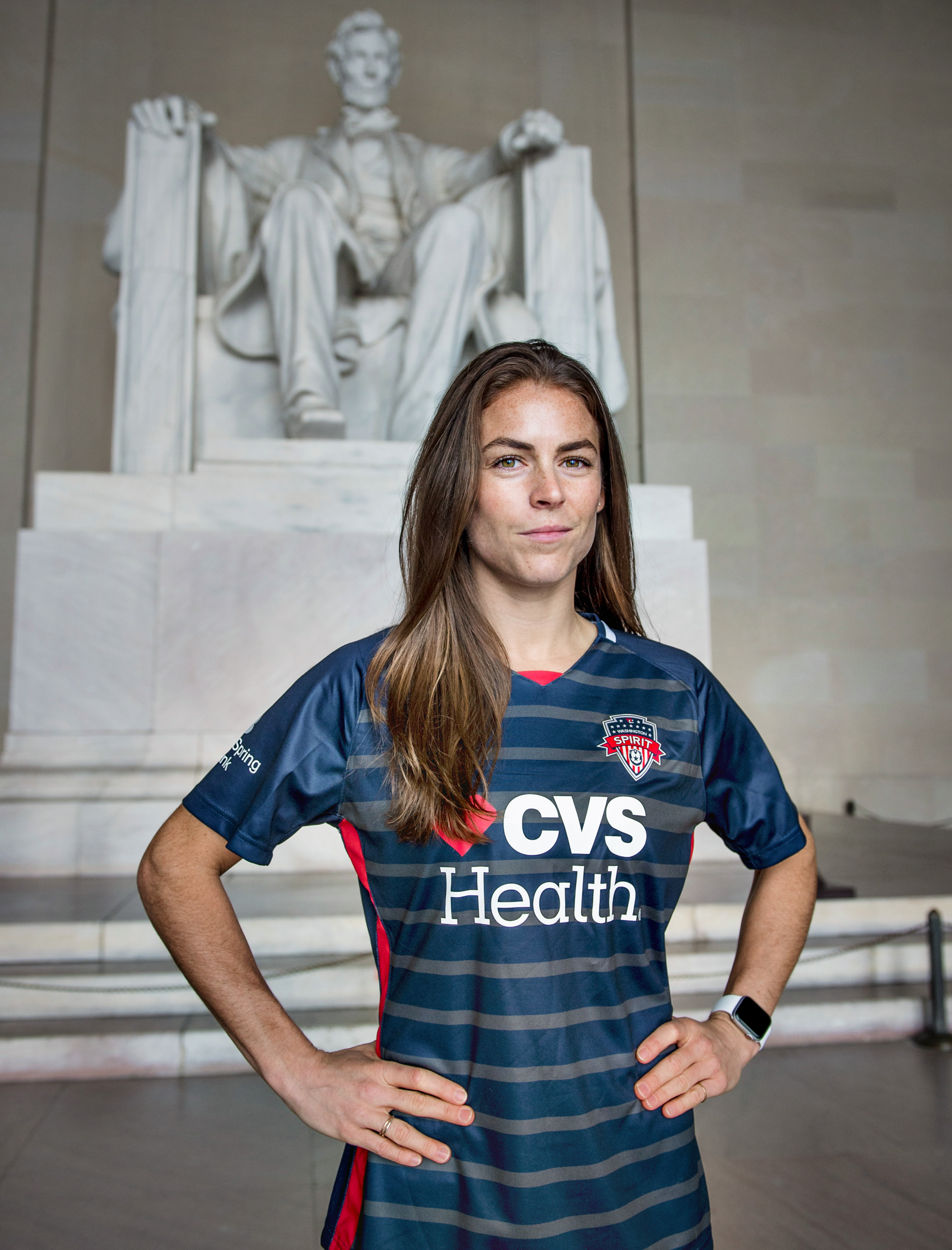 WASHINGTON – Kelley O’Hara wanted to play in a place that she called home.

After already moving to the District a year ago, O’Hara said she wanted to unite her private life and her soccer career all in one location. After multiple failed attempts to make a deal possible, the two-time World Cup-winning defender was delighted that her dreams became a reality during the holiday season.

“It’s the best Yuletide present I think I’ve ever received,” O’Hara said. “I’m just thankful that it finally got to a place where I can now call D.C. my home off the field, but on the field as well,”

Following months of speculation, O’Hara, 32, officially joined the Spirit after a trade with the Utah Royals for $75,000 in allocation money and additional consideration.

The move was rumored for months, with Washington head coach Richie Burke saying that it was one of the club’s offseason goals. A proposed trade, reported by The Washington Post, featuring the Spirit’s Ashley Hatch and Tegan McGrady through before the start of the Fall Series in September.

In O’Hara’s introductory press conference filled with laughs and relief, Burke said he was “thrilled” to have her while not trading away players who helped build the Spirit’s nucleus the past two years.

Since moving to D.C. to live with her partner, O’Hara has embraced the city, participated in local events, and attended multiple sporting events. Despite small reservations, the Fayetteville, Georgia native said she now calls the area her “first home.”

“I’ve lived all over the country and wasn’t sure what to expect,” O’Hara said. “Since moving here, I love every second of it. I love the city, the energy it brings. I love what it has to offer, and if I didn’t like it as much, I don’t think I would have maybe made this move.”

O’Hara brings years of experience and championship success to a team with the youngest roster in the NWSL last season. She made over 130 appearances for the U.S. Women’s National Team, won an Olympic gold medal in 2012, and competed in three FIFA World Cups.

Formally a striker before converting to a defender, O’Hara became known for using her speed to chase down opponents with well-timed tackles while being productive on offense with attacks from the wings.

O’Hara’s work ethic has already made its appearance during offseason workouts, which is something co-captain Tori Huster hopes the younger players can take advantage of their new teammate.

“Just helping the younger [players], we have a ton of them on the team, and I am hopeful that they take all the opportunities to ask her questions and learn from her,” Huster said.

Injuries and U.S. National Team commitments limited O’Hara’s playing time in her three years with Utah. She played a total of 64 minutes in two matches in the Challenge Cup and elected not to play in the Fall Series after trade talks fell through.

O’Hara plans to continue featuring on the U.S. National Team, especially at the Tokyo Olympics next summer. However, Burke said that the Spirit’s depth is battled-tested with multiple players set to fill in when O’Hara and others go off for international duty.

For now, O’Hara is the focus is the start of the NWSL season, where the Spirit will play home matches at Audi Field in D.C. and Segra Field in Virginia.

Once fans are allowed back at the D.C. venue in particular, O’Hara said the emotions of playing in her new hometown will be immense.

“I’ve been at a game there, and it’s an excellent environment,” O’Hara said. “Being able to play there will be really, really special.”