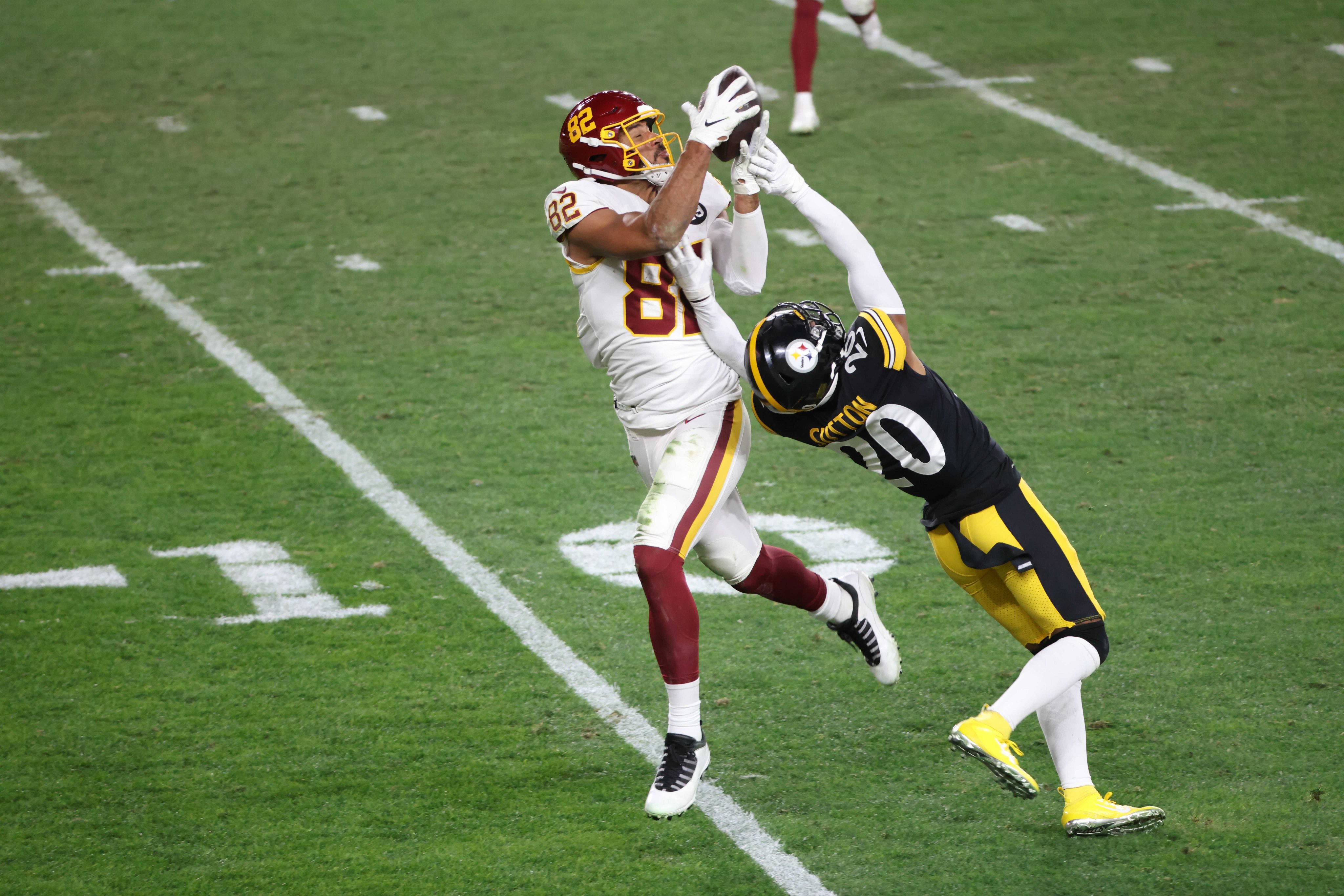 PITTSBURGH – The Washington Football Team arrived in Pittsburgh Monday evening, knowing they were taking on an undefeated team whom the franchise had not beaten since 1991.

After trailing 14-0 in the first half, quarterback Alex Smith and Washington’s defense rallied back to pull off the biggest upset of the NFL season, handing the Steelers their first loss for the 23-17 victory.

Washington plans to carry that momentum into their matchup against the San Francisco 49ers in neutral Arizona Sunday.

With Monday’s win, Washington (5-7) won its third straight, tying with the New York Giants for first place in the NFC East. To beat the 49ers and stay in the playoff race, head coach Ron Rivera said the team needs to continue on their current winning momentum.

“Pittsburgh Steelers are one of the storied franchises in this league,” said Rivera. “So, to come in and win, that was big for our guys. Real proud of them.”

Washington struggled early against the Steelers, finishing the first quarter scoreless. The Burgundy and Gold were unable to move the ball up field, Smith was sacked three times, and leading rusher Antonio Gibson left the game with a toe injury.

It almost got worse when center Chase Roullier stomped on Smith’s left ankle. Smith began bleeding, with stains appearing out of his socks and cleats. However, he stayed in the game.

“I could visually see the blood pumping out, so it was a good one,” said Smith. “It was lucky to have it happen just before halftime. I’ve never had one gush like that.”

Washington’s defense stood firm when the Steelers attempted to go for it on 4th and goal at the 1-yard line midway through the second half. Running back Benny Snell’s rush attempt was quickly denied after being tackled by defensive end Chase Young before reaching the end zone.

Washington’s comeback effort began in the second half after a 14-play, 82-yard drive ended with a 1-yard rushing touchdown by Peyton Barber. Smith then connected with tight end Logan Thomas for the 15-yard touchdown to tie the game up at 17-17 with 9:09 left in regulation.

With the Steelers looking to tie the game late, quarterback Ben Roethlisberger had his pass tipped in the air by defensive end Montez Sweat and intercepted by linebacker Jon Bostic to lead Washington to the historic win.

“Ben was getting the ball out quick,” said Sweat. “I was trying to figure out how to be effective, and I batted the ball, and Jon made a play.”

Against Roethlisberger, Washington’s defense allowed 33 of 53 completed passing attempts for 305 yards and two touchdowns, but the late interception was critical.

Against San Francisco, Washington will be taking on the No. 14 offense from a competitive NFC West but are banged up and missing key players.

“You can take a huge step forward, but if you’re not careful, you take two or three backwards,” said Rivera. “That’s the thing. We have to be smart enough as we’re building and going forward.”