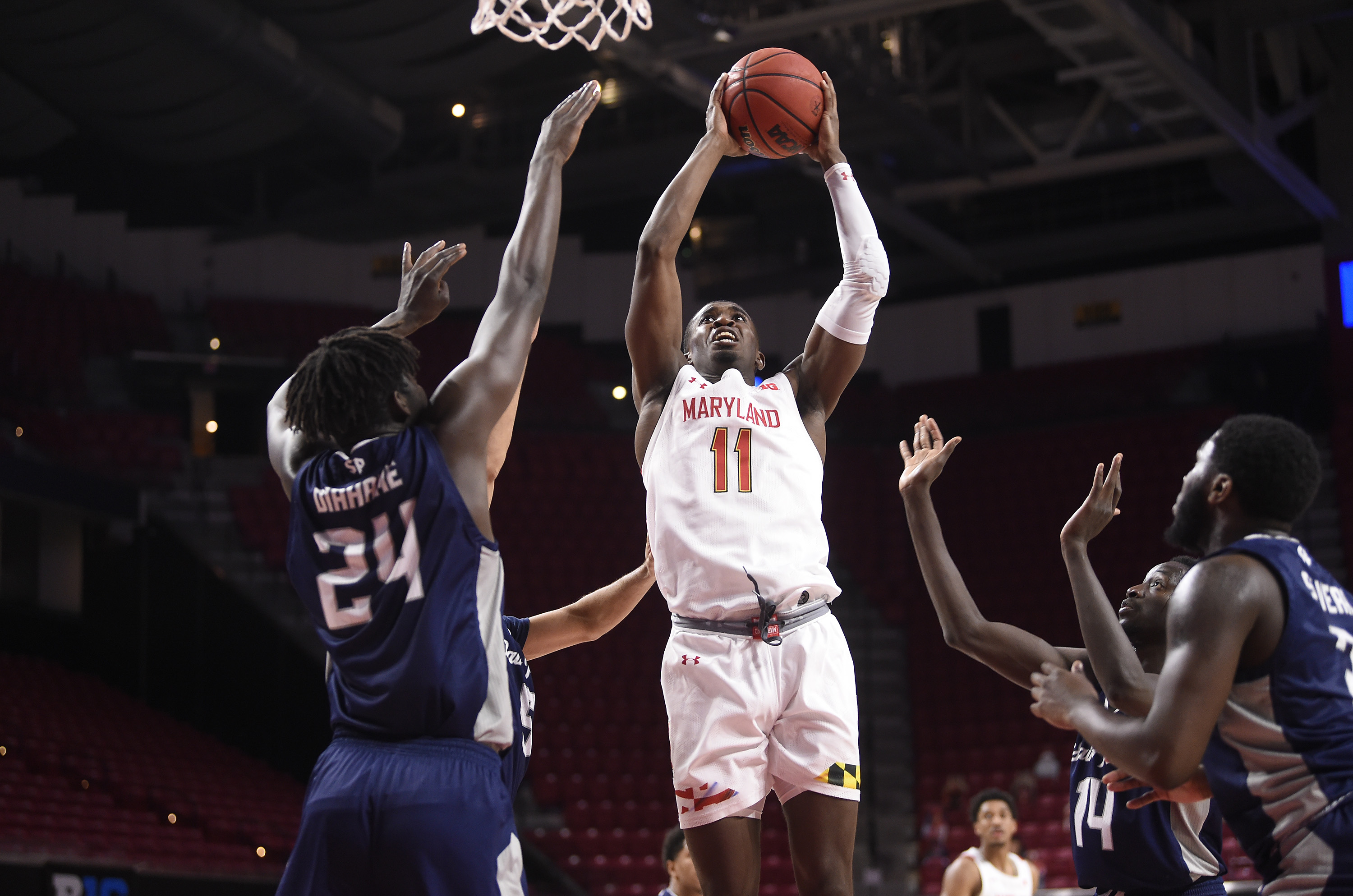 COLLEGE PARK – In their first road game of the season, the University of Maryland men’s basketball team struggled to keep up with Clemson, trailing by 23 points at halftime, losing to the Tigers 67-51 Wednesday.

The loss, Maryland’s first of the season, comes at the tail end of a prolonged yet shortened non-conference schedule. The Terrapins were only able to play five of their seven scheduled games due to coronavirus cancelations.

Despite the extra rest, Maryland could not find its scoring touch early, going 6-of-23 from the field in the first half. Head coach Mark Turgeon said his players did not move the ball enough and became too predictable against the Tigers’ defense.

“We were out of it,” Turgeon said. “We had a lot of guys not play well. We missed layups early, we missed free throws early, and turned the ball over. We were as selfish as any one of my team’s has ever played. We got a lot of work to do.”

Maryland attempted a comeback midway through the second half with a 19-6 run to trim their deficit down to 14 points. However, it wasn’t enough to stop four Tigers from scoring in double figures for the victory. Forward Donta Scott scored a team-high 11 points in the loss.

Before the loss, Maryland received two votes in the AP Top 25 rankings after a 4-0 start, winning each game in double figures. With their Big Ten schedule starting Tuesday at home against Rutgers, Turgeon said both players and coaches, himself included, need to do better.

No. 14 Maryland Women prepare for Rutgers

The No. 14 Maryland women’s basketball team opens Big Ten Conference play on the road when they face Rutgers on Monday at 2 p.m.

Against Towson, the Terrapins broke a Big Ten-record by converting 21 3-pointers in a single game. Sophomore Ashley Owusu (25 points) and Diamond Miller (28 points) set new career highs in scoring, while senior Katie Benzan hit six 3-pointers for 21 points. As a team, Maryland shot 60.6% from the field.

“I didn’t even know we shot that well,” Miller said. “When you are just having fun, you do not realize what you are doing. That was a lot of fun, and now, we have to go for 22.”

Maryland will be without freshman star Angel Reese, who fractured her right foot and will be out for 12 weeks recovering from surgery. In her first three games, the forward averaged 13.3 points and 7 rebounds to be named Big Ten Co-Freshman of the Week.

“When we are not turning the ball over or traveling, good things are in store for us,” Frese said. “When we are unselfish like this, it really shines through with our offense.”

As a late addition to their schedule, Maryland faces James Madison at home on Dec. 19, athletic department officials announced Friday. The Terps then hosts No. 18 Ohio State on Dec. 23.