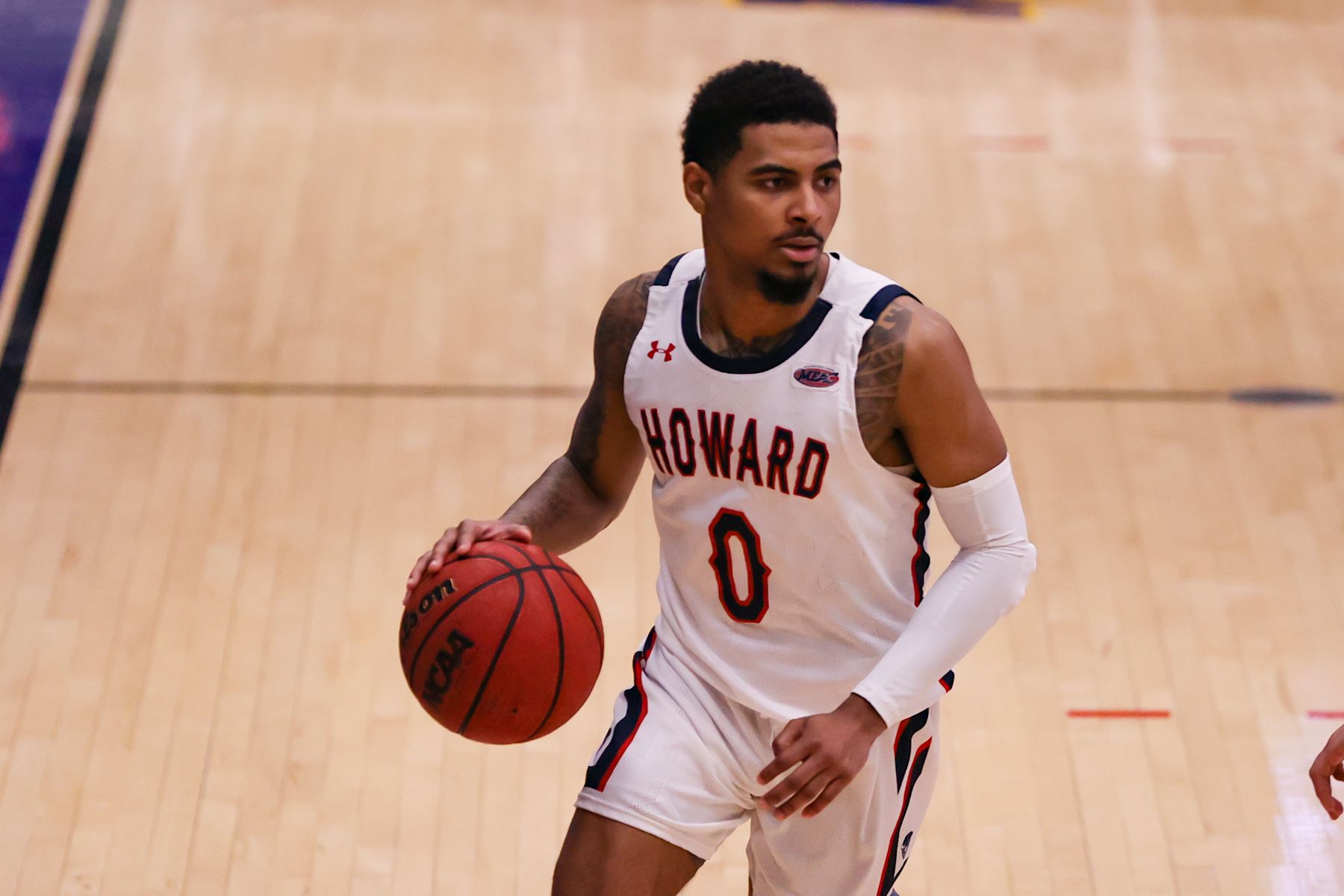 WASHINGTON – Howard University men’s basketball team secured its first win of the season with an 81-76 victory over rival Hampton in the 47th chapter of the Battle of the Real HU, thanks to a second half comeback on Dec. 18.

A layup from Davion Warren capped off an 8-0 run by Hampton and gave the Pirates their largest lead of the contest, 21-38, with less than three minutes before intermission.

“It was really important to go into the half on some momentum,” Blakeney continued. “We were able to push the tempo and put pressure on their defense.”

After intermission, HU’s momentum rolled into the second half where they cut the double-digit deficit within a matter of minutes.

With under 12 minutes remaining, Robinson converted a three-point play to give the Bison their first lead since 2-0. Moments later, redshirt freshman Cam Timmons (Warrenton, Va.) connected on a jumper to cap off a 19-6 run, 48-45.

With less than two minutes left, Robinson knocked down a pair of clutch free throws to give Howard a 73-72 edge. Down the stretch, HU shot 83-percent (10-of-12) from the charity stripe in the final two minutes to secure their first win of the season.

Junior Deven Richmond (Bowie, Md.) made his first start as a Bison in place of senior guard Kyle Foster (Hampton, Va.), who was a late scratch. The DMV product finished with 18 points and five rebounds in the win.

“This was a total team win,” Blakeney ended. “I’m so proud of the team and I’m happy for the Howard University community because this game means so much to a lot of people.”

For Hampton (1-4), Warren and Chris Shelton each finished with 21 points in the loss.

Tuesday (Dec. 22), the Bison face Mount St. Mary’s in a nonconference showdown. Game-time is set for 1 p.m. in Emmitsburg, Md.