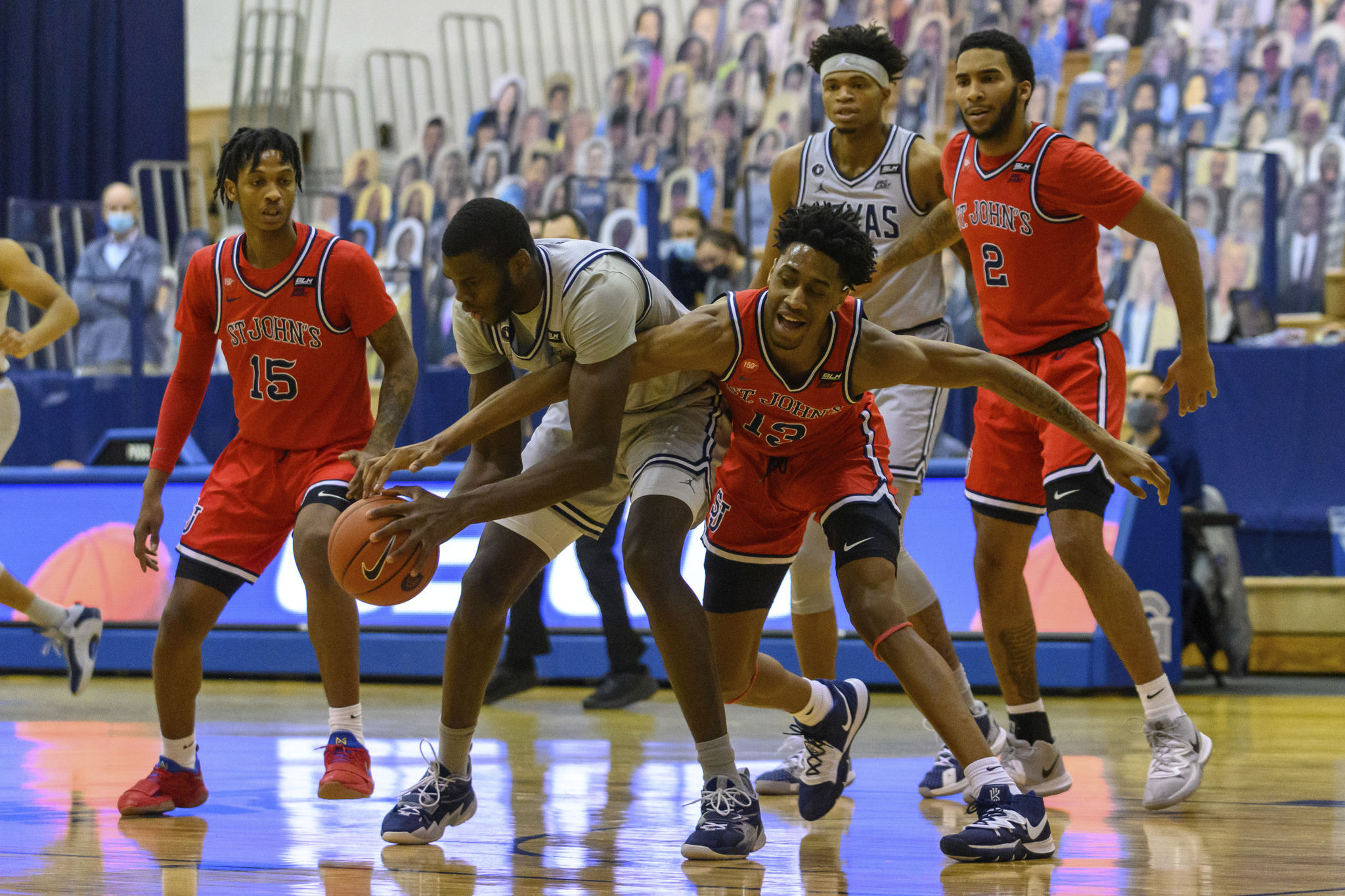 WASHINGTON – In their first road game of the season, Georgetown (3-5) fell to St. John’s (7-4), 94-83 inside Carnesecca Arena, handing the Red Storm their first conference win of the season.

It marked the second meeting between both teams in one week, as the Hoyas beat the Red Storm 97-94 in overtime at home on Dec. 13.

St. John’s was able to get big performances from sophomore forward Julian Champagnie and junior guard Greg Williams Jr. as both would finish in double digits scoring.

Williams finished the night with a career-high 26 points shooting 7-for-12 from the floor, hitting a career-high eight free throws on the night, and picked up three rebounds.

Champagnie scored 20 points, almost snagging a double-double as he also had nine rebounds shooting 6-for-12 from the field. St. John’s received significant contributions from guards Vince Cole and Posh Alexander.

Both scored 17 and 10 points, respectively, while Cole cleaned the glass with five rebounds and dished out three assists. Alexander finished the night with 3 assists and 3 boards.

Senior guard Jahvon Blair led the way scoring for Georgetown with 25 points, making this the fourth game this season where he had scored over 20 points. He also leads the team in assists, getting six of them in the losing effort.

Other key contributors for the Hoyas in scoring were guard Donald Carey and Qudus Wahab, as Carey finished off the game with 19 points. At the same time, Wahab got 12 points and six rebounds, and senior Jamorko Pickett finished with a game-high 11 rebounds on the night.

Georgetown started the game off by taking a quick lead, but the lead was short-lived after St. John’s went on two separate 15 point runs to go into halftime with a 49-41 lead.

Georgetown cut into St. John’s at the start of the second half, trimming the lead to two, but the comeback was not all for not as the Red Storm embarked on a 20-5 run late in the game to seal St. John’s first win in Big East conference play this season.

Georgetown will have very little time to dwell on this loss, as they have a midweek showdown with another Big East opponent this week in Seton Hall (5-4) (2-1) Wednesday night.

The Pirates will look to avenge their own loss from over the weekend loss against Providence at home, snapping a three-game winning streak for Seton Hall.

The last time both teams met was earlier this year, on Feb. 5th. Seton Hall beat Georgetown 78-71 thanks to a 34-point performance from current New York Knicks guard Myles Powell, who had 34 points in that game while leading the scoring for the Hoyas that night was from former center Omer Yurtseven who got a double-double that night with 19 points and 15 rebounds.