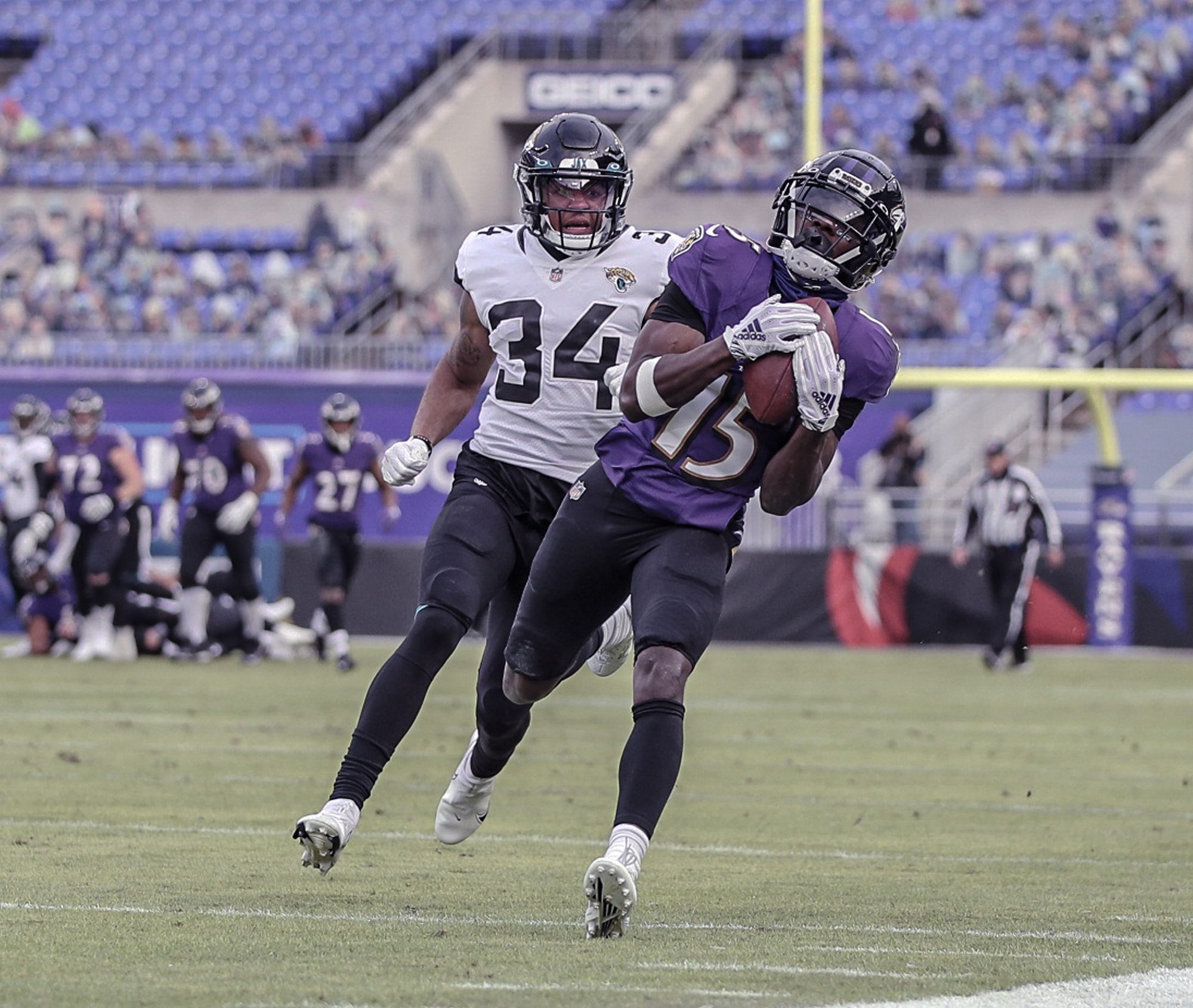 With an array of offensive contributions and four defensive turnovers, the Baltimore Ravens easily defeated the Jacksonville Jaguars, 40-14, in their first Sunday game in nearly a month.

The victory over Jacksonville (1-13) was Baltimore’s third straight, which put them back in the race for one of three wild card playoff spots in the AFC. Baltimore (9-5) will require help from other teams, but before thinking ahead, their focus must be on defeating their next two opponents, the New York Giants and Cincinnati Bengals, quarterback Lamar Jackson said.

“We’ve got the Giants in front of us, now,” Jackson said. “We’ve got to focus on those guys, get on the film, and watch those guys and pray next week, the ones we need to lose, lose, because we’ve still got to try to get to the playoffs – that’s our goal. But one game at a time. We can’t peak too soon.”

Against the Jaguars, Jackson played his best game since his coronavirus diagnosis, going 17 of 22 for 243 yards and three touchdowns. Meanwhile, Baltimore’s rushing attack also contributed over 100 rushing yards for the 37th consecutive game, led by J.K. Dobbins, who ran for 64 yards.

“I’m proud [of our guys]. We have had three short weeks in a row, and our guys came out and were ready to play,” Baltimore head coach John Harbaugh said. “We talked about playing a clean game, a fundamentally sound game, and a physical game and our players did that.”

Baltimore’s defense responded first, scoring on a Matthew Judon safety. The momentum carried over to the offense, who scored on their next four drives to take a 26-0 lead at the half.

First, Jackson found Miles Boykins for a 4-yard touchdown, and on the next drive, Dobbins reached the end zone on a 2-yard carry. Justin Tucker followed up with a 46-yard field goal.

At the end of their scoring barrage, the Ravens discovered a new offensive scoring threat in veteran wide receiver Dez Bryant. He made an 11-yard touchdown catch, his first score since Dec. 10, 2017.

After testing positive for COVID-19 minutes before playing the Dallas Cowboys on Dec. 12 and tweeting the premature end of his season, Bryant now provides a new option for Jackson.

“It has always been my duty to do my job to the best of my abilities,” said Bryant. “One thing that I love about this team is that it’s real team ball. If one of us succeeds, we all succeed.”

In the second half, Baltimore continued its offensive production with a Jackson 5-yard rushing score and a 4-yard touchdown pass to tight end Mark Andrews. Despite Jacksonville scoring twice in the second half, they finished the game with 267 total yards and only three trips to the red zone.

Baltimore trails the Miami Dolphins for the final playoff spot, with Miami holding a conference record tiebreaker. As of Tuesday, statistical analysis website FiveThirtyEight reported that Baltimore has a 86% chance of making the playoffs, with odds improving after each win.

Players like defensive end Yannick Ngakoue, the late-season run is a “blessing” that Ravens players will look to use as motivation, starting with the Giants on Sunday.

“Being in this league for five years [and] only getting one playoff berth, it’s not that fun,” Ngakoue said. “I’m just trying to take it week-by-week – the whole team is – so we can get to that position to where we can get to the playoffs.”