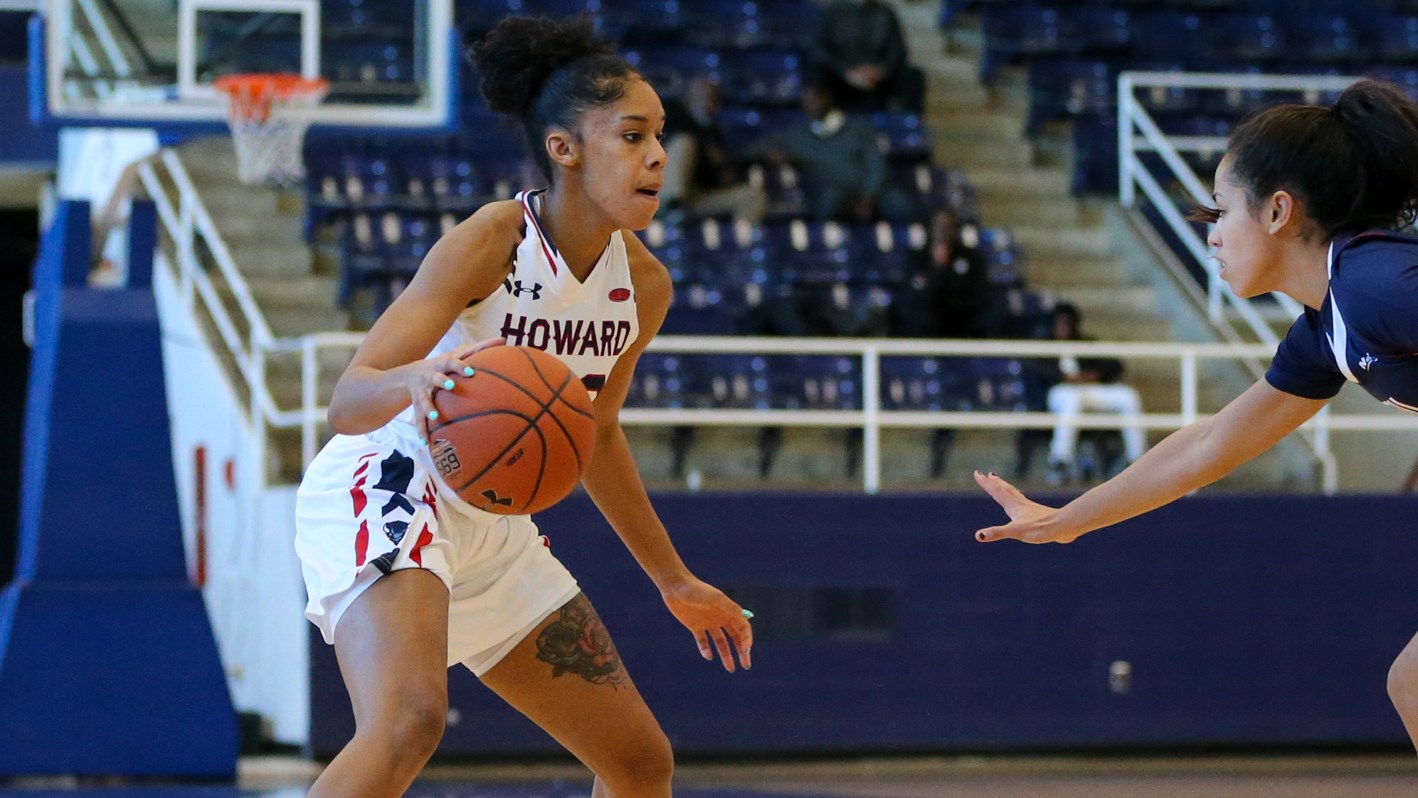 WASHINGTON – Senior guard Jayla Thornton (Newark, N.J.) poured in a season-best 29 points in the 65-54 victory over Atlantic 10 foe Richmond (UR) inside Burr Gymnasium.

“It’s important to get a bounce win today,” said Howard women’s basketball head coach Ty Grace. “It’s been a growth process because we’re so young. We learned from the previous game so we can put ourselves in a better situation to win.”

With the win, HU improve to 4-1 on the season while grabbing their third victory against an A-10 opponent. Howard also secured its first win over the Spiders in program history.

Early on, Howard had multiple Bison in foul trouble; however, Coach Grace replied heavily on Thornton to weather the storm.

“Jayla definitely carried the scoring output today,” said Grace on her senior captain. “She was able to stay on the floor because she did not get into foul trouble and she was making shots.”

Thornton had arguably one of her best offensive performance in 38 minutes of action. Along with a game-high 29 points, Thornton made five long balls while going a perfect 10-of-10 at the foul line.

“I know a lot of teams are going to focus on me,” Thornton stated after today’s win. “I just stay positive, keep pushing through and adjust. I have to keep finding ways to contribute.”

Howard regained the momentum and took back the lead after closing the period on a 12-5 spurt, 47-46.

Richmond’s Siobhan Ryan made a layup and tied the contest at 51 with 4:32 remaining, but HU clamped down on the defensive end to pull away late in the fourth. Howard finished the game on a 14-3 run to secure their fourth win of the season.

“We wanted to be the aggressors,” Grace continued. “The comebacks are great, but we did not want to do that every time. We definitely set the tempo this game.”

For Richmond (3-3), Chapman and Ryan each produced a double-double in the loss.

HU returns to action after the holiday break for league play. Howard opens the year in Baltimore to face Morgan State (Jan. 2-3). Both days are scheduled for a 2 p.m. tip-off.