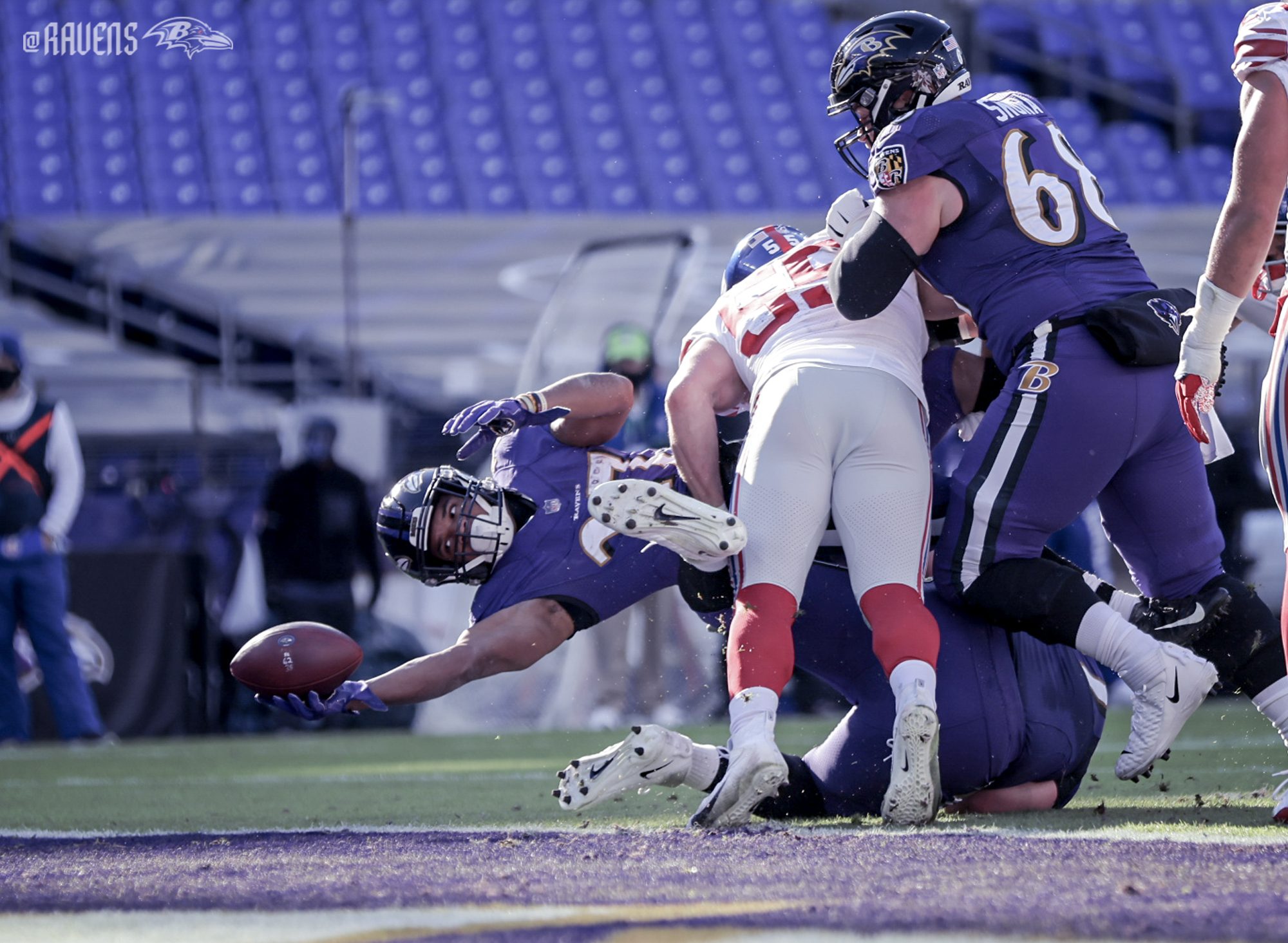 Early scoring and shutdown defense proved to be essential in the Baltimore Ravens’ 27-13 win over the New York Giants Sunday, improving their playoff chances with a game left on their schedule.

The Ravens relied on its ground game, accumulating 249 of the 432 total yards. Gus Edwards powered his way to an 85-yard performance, while quarterback Lamar Jackson added 80 rushing yards.

Jackson added 183 passing yards and passed for two touchdowns, including connecting with Marquise Brown for a 6-yard score in Baltimore’s opening drive. The play was Brown’s fourth touchdown in a month, after only scoring twice in his first 10 games.

Following a stop by its defense, the Ravens used over five minutes of the play clock before Dobbins added a 2-yard touchdown run. With the rush, Dobbins set a franchise rookie record with his seventh rushing touchdown of the season.

“It was definitely huge to get all the sacks,” linebacker Chris Board said. “The coaches definitely put us in position to make plays, and we just went out there and made the plays.”

Kicker Justin Tucker took advantage of good field position to score a pair of field goals to give Baltimore a 20-3 halftime lead. In the second half, Baltimore needed only six plays to drive down the field before Jackson found wide receiver Dez Bryant for an 8-yard touchdown to up by 21.

Despite a 3-yard touchdown reception by Sterling Shepard early in the fourth quarter, New York could not break through Baltimore’s defense. In their final two drives, the Giants turned the ball over on downs and never passed the 50-yard line.

With Baltimore’s victory, together with the Cleveland Browns and the Indianapolis Colts losing their Week 16 games, the Ravens inched closer to the AFC Playoffs. Despite all three teams possessing identical 10-5 record, along with the Miami Dolphins and the Tennessee Titans, a victory next week would secure Baltimore’s playoff spot.

The Ravens will take on the Cincinnati Bengals (4-10-1), whom they defeated 27-3 on Oct. 11. This time around, the Bengals will be without rookie quarterback Joe Burrow and running back Joe Mixon.

However, Baltimore players said multiple times during their postgame press conferences that they are not overlooking their shorthanded opponent and are approaching the Week 17 matchup as a must-win to guarantee their playoff aspirations.

“We still have Cincinnati in our way,” said Jackson. “We have to get ready because those guys are going to come out and play.”