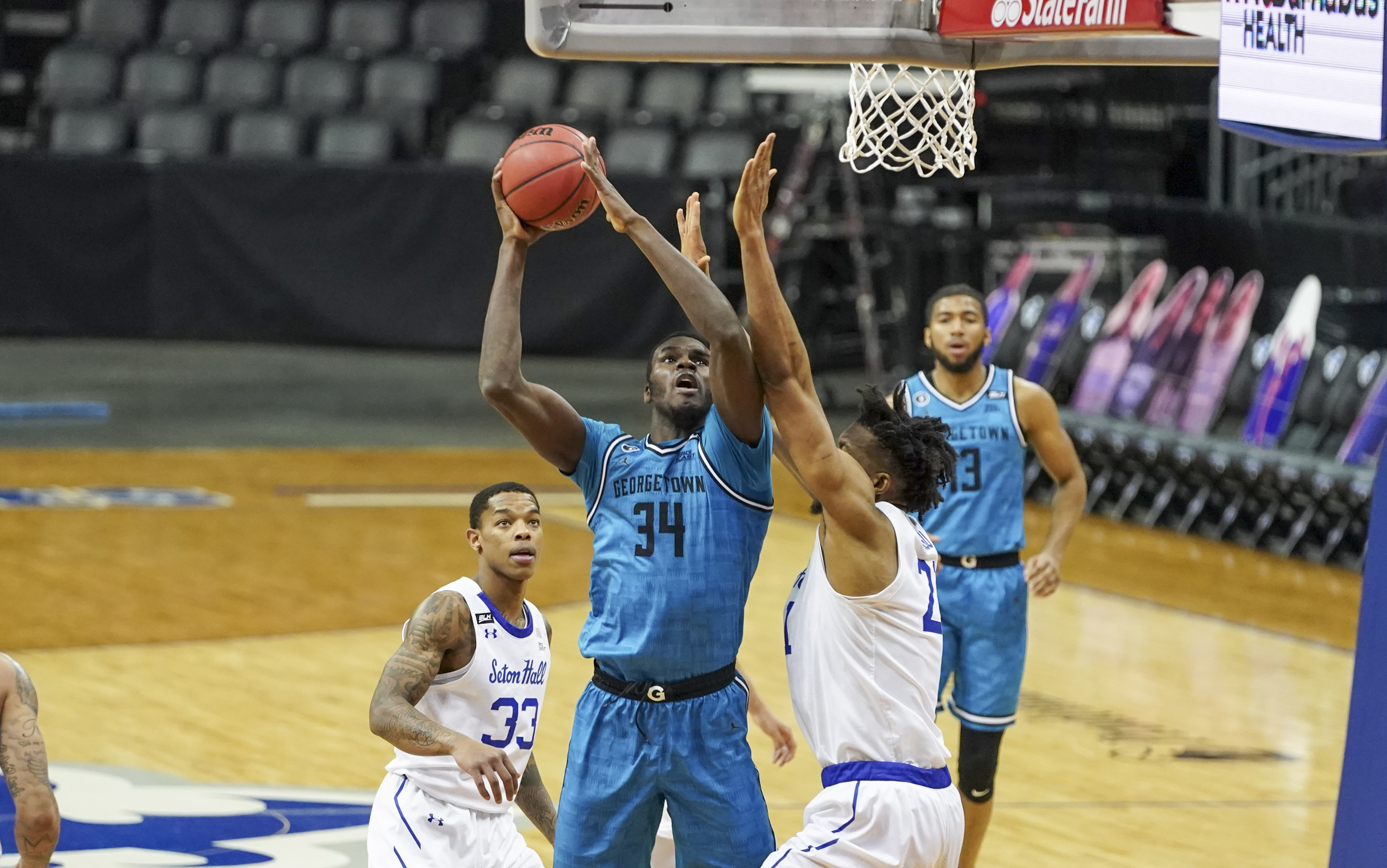 The college sports calendar has continued to pick up steam as the established men’s basketball teams begin their conference schedule. Meanwhile, the coronavirus pandemic has some rethinking the winter athletics season.

Here is some key takeaway from some of the local teams in the past week in college sports.

Hoyas fall to Pirates to end 2020 on sour note

An early lead is all Seton Hall needed as they held for a 78-67 victory over Georgetown Wednesday.

Despite Qudus Wahab’s third double-double of the season and Jahvon Blair’s 14 points, the Hoyas (3-5, 1-3) could not stop Seton Hall from taking a 17-point lead early in the first half. The Pirates (6-4, 3-1) entered halftime with a 33-19 advantage, limiting their opponents to 22.2% shooting.

The Hoyas went on an 8-0 run late and cut the deficit to nine points with 2:23 remaining. However, Georgetown could not stop the duo of senior Myles Cale and junior Jared Rhoden. Cale scored a career-high 30 points while Rhoden recorded a double-double performance with 26 points and 12 rebounds.

Georgetown is off until the new year, hosting Marquette at McDonough Arena on Jan. 2.

After Purdue loss, Maryland men’s basketball ready to bounce back

Maryland will look to erase the memory of their 73-70 loss against Purdue on Christmas Day in their final two games before the new year.

In the second of a two-game road trip, the Terrapins (5-3, 0-2) take on No. 9 Wisconsin before returning home for a New Year’s Eve affair against No. 19 Michigan.

Against the Boilermakers, Maryland trailed the whole game but stormed back in the second half to tie the game with 58 seconds remaining. However, Purdue rallied to score three points in the dying seconds to hold on to the victory.

Despite the loss, junior Jairus Hamilton said he believes the team showed its potential in their late rally.

“We grew and bonded a lot together,” Hamilton said. “We feel like a whole better team than we thought we were and that we can get to a higher level than we haven’t seen before. We really reconnected and got back together after this last game, and I feel we are going to be a stronger team.”

Due to concerns related to the coronavirus pandemic, the Central Intercollegiate Athletic Association’s Board of Directors voted to cancel the upcoming men’s and women’s basketball seasons, including the 2021 CIAA Basketball Tournament.

“We all want to have a season, and we want our student-athletes, coaches and staff to have a season,” Virginia State University President and CIAA Board Chair Dr. Makola Abdullah said in a statement. “However, the data, which changes almost daily, does not support such a decision. The potential risk outweighs the desire to play.”

Games were set to begin on Jan. 9 with a modified schedule with a 16-game conference slate with 10 divisional and six cross-divisional contests. Both Bowie State’s teams were poised to play Livingstone College in a doubleheader event to kick off the season.

While there will be no tournament, the conference said it would host events, such as Fan Fest and the CIAA Step Show, virtually during tournament week. A full schedule of events and additional details will be released at a later time.

The conference also canceled the women’s volleyball season, which moved from the fall to the spring. It will provide a decision on the spring sports’ seasons and championships at a later date as it “monitors the COVID-19 landscape while following current federal, state, local, NCAA and campus guidelines.”