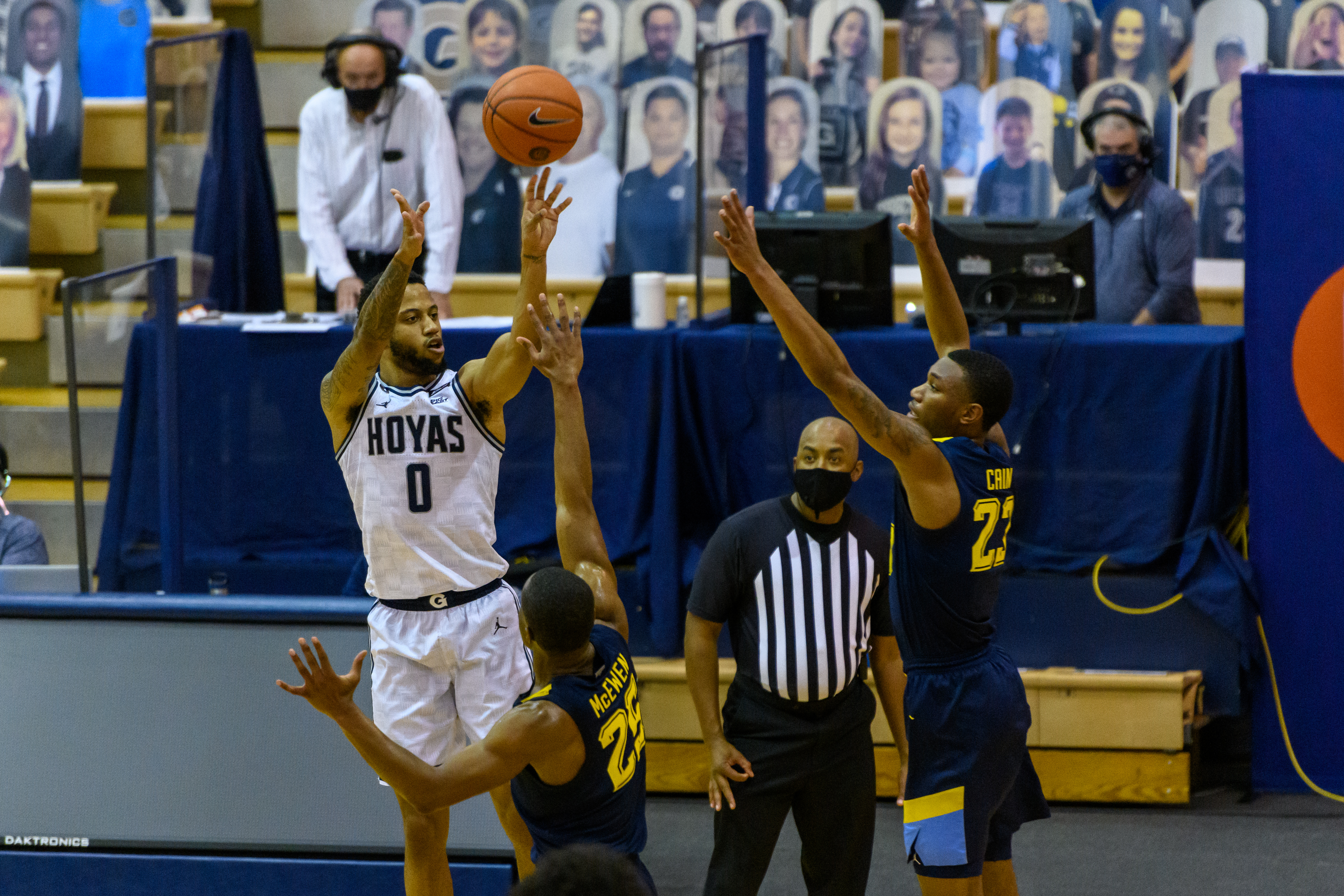 WASHINGTON – After losing their third straight game against Marquette Saturday, the Georgetown men’s basketball team recapture their winning ways when they travel to Indianapolis to take on Butler Wednesday.

Since defeating St. John’s in overtime in early December, the Hoyas (3-6, 1-4) have struggled in Big East Conference play, dropping down to second to last place. Against Marquette, despite a dominant first half, Georgetown could not stop forward Jamal Cain, who scored 25 points and collected 6 rebounds.

“We did a great job in the first half of playing great defense and then didn’t make plays in the second half,” Georgetown head coach Patrick Ewing said. “We got selfish, and we started turning it over … We just have got to do better.”

Early in the first half, Georgetown scored 14 unanswered points and kept the Golden Eagles (6-5, 2-3) scoreless for seven minutes.

The Hoyas’ 18-9 lead in the first half was led by senior guard Jahvon Blair and sophomore center Qudus Wahab. Blair finished with 20 points and connected two 3-pointers to reach sixth place on Georgetown’s career 3-pointer list. Wahab collected his fourth double-double of the season, recording 13 points, 10 rebounds and three blocks.

Georgetown even received help from their bench as freshman forward Jamari Sibley scored 5 of his 7 points as part of an 8-1 run before halftime. The Hoyas entered the break with a 16-point lead.

Marquette came alive in the second half, with Cain scoring 20 of his game-high 25 points to start a comeback. The Golden Eagles received critical contributions from two freshman forwards, Dawson Garcia and Justin Lewis, who combined for 14 points.

Marquette attacked at-will in the final eight minutes, going on a 20-4 run, and gained the lead off a jumper in the paint by D.J. Carton. With 15 seconds remaining, Cain fired off his fourth 3-pointer of the contest, sealing the win for the visitors.

The Hoyas will look to avoid losing the lead again as they face a Bulldog team that has lost five of their last six games. In their previous matchup in February, Butler overcame a late 10-0 run to defeat the Hoyas 73-66 in Indianapolis. The game will tip-off at 7 p.m. and be shown on FS1.